As I said yesterday, there's often a long line of people waiting to get into the Louvre. I guess that's not surprising. In this first photo, the plaza around the Pyramide doesn't look very crowded. 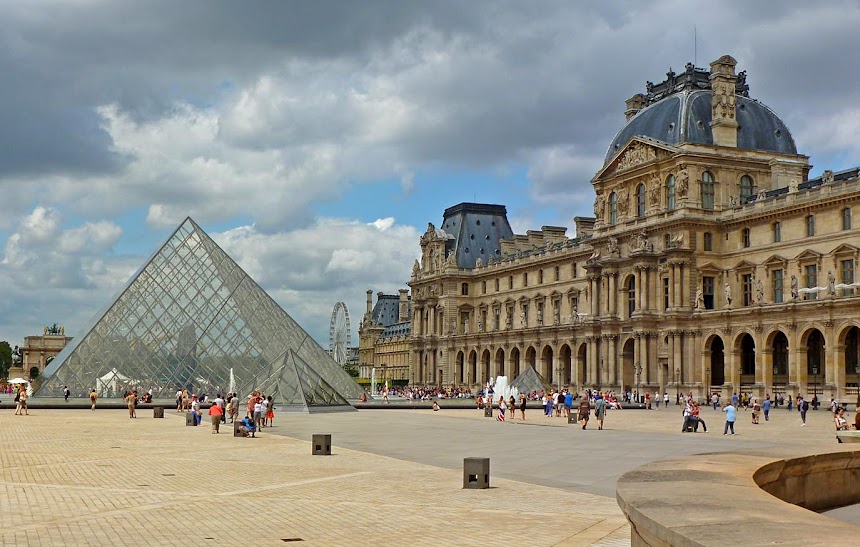 But going around to the other side, you see all the people waiting to go down into the entrance foyer under the Pyramide. If you buy a museum pass that gives you access to many museums across Paris, you evidently get to bypass the long ticket lines. 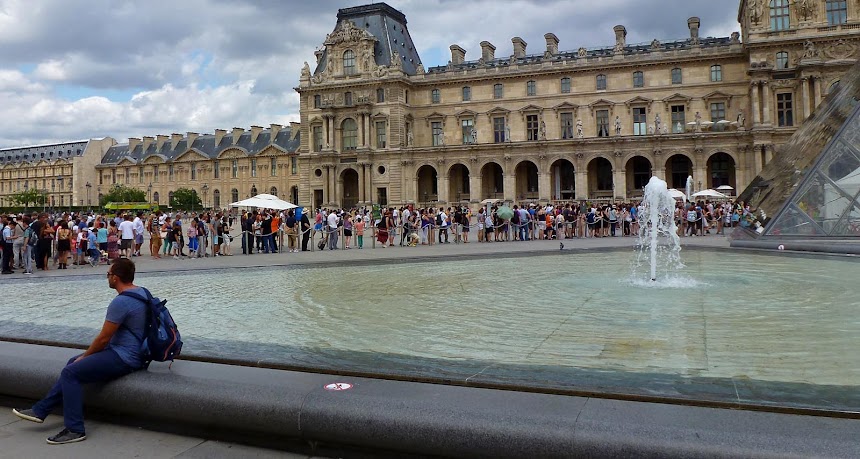 Yesterday, too, I mentioned what the big open courtyard of the Louvre was like before the Pyramide was built. It was a parking lot. You can see it in the aerial photo below, which I found on the web but which is not dated. 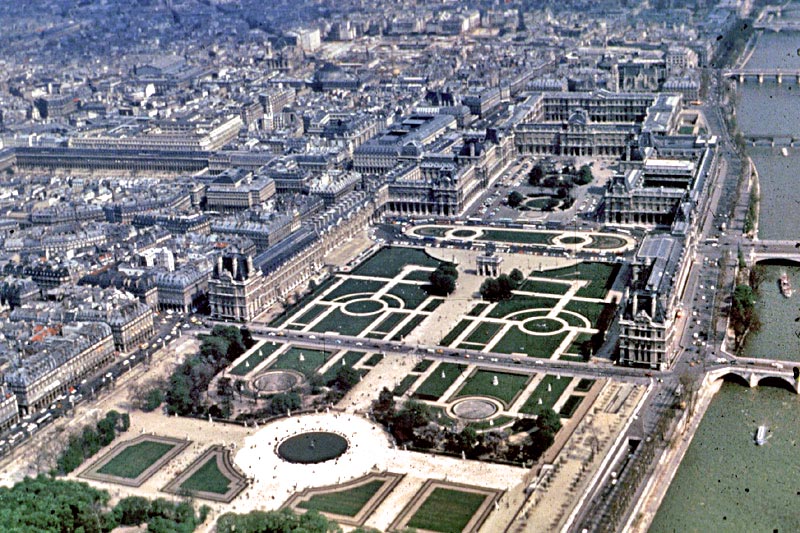 Below are three more photos that I took on the afternoon of July 26. 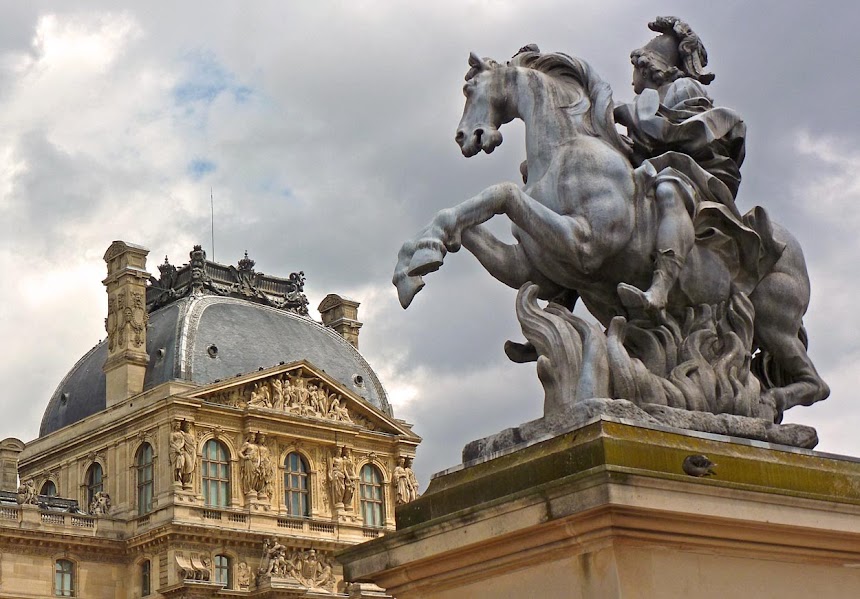 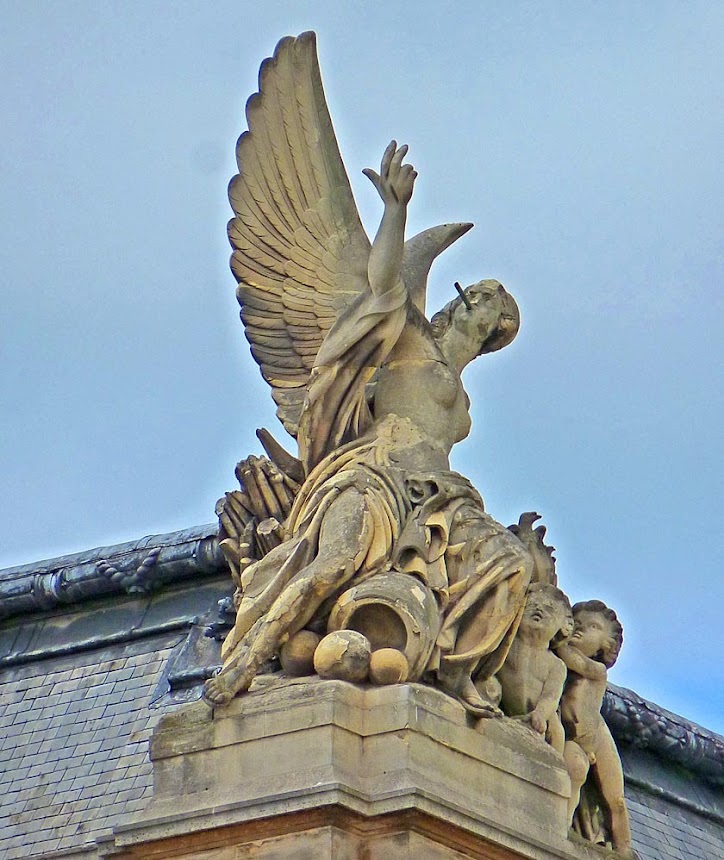 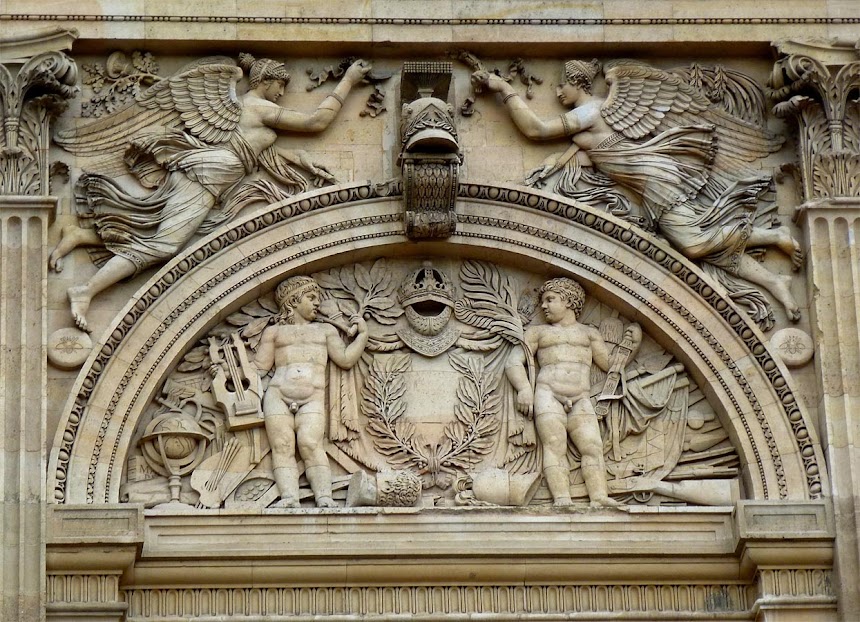 On the local front, we learned a couple of days ago that another one of our neighbors has passed away, this one at age 71. He was the man who had multiple sclerosis and had become a shut-in. He fell at home several times last winter and people who were his care-givers called on us to come help get him up off the floor. It was a sad case. Two of the late neighbor's daughters are here right now. They say they plan to keep the house for the time being, but don't plan to live here year-round. So there will be another basically empty house in the hamlet — that makes five empty houses and four that are lived in.
Posted by Ken Broadhurst at 07:30