The Eglise Saint-Merri stands in the shadow, figuratively, of the Pompidou Center nowadays. It was the guide on my climb to the top of the Saint-Jacques in July who said that, this way: « l'Eglise Saint-Merri est un peu écrasée par la masse du Centre Pompidou... ». See my other photo here. 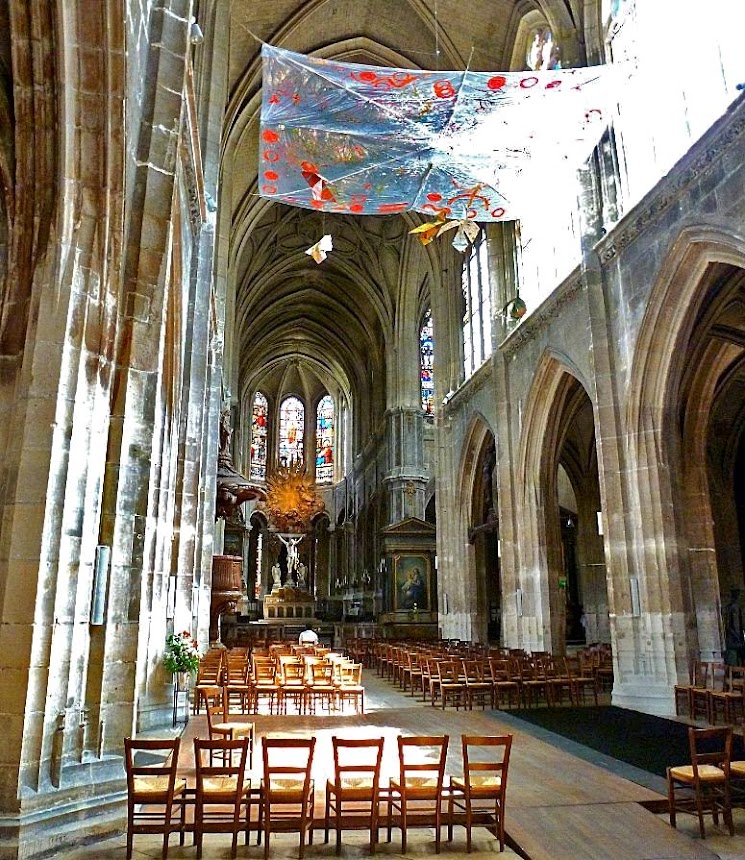 The church is on the rue Saint-Martin, just north of the Tour Saint-Jacques. Below is a photo of it and the surrounding buildings that I took from the top of the tower. I can't remember that I ever was inside the Eglise Saint-Merri before, even though I must have walked by it dozens of times over the years.

The church was built between 1520 and 1612, but in an anachronistic Flamboyant Gothic style. The site was where a saint named Médéric died in the 7th century. His remains are still buried in the church's crypt. 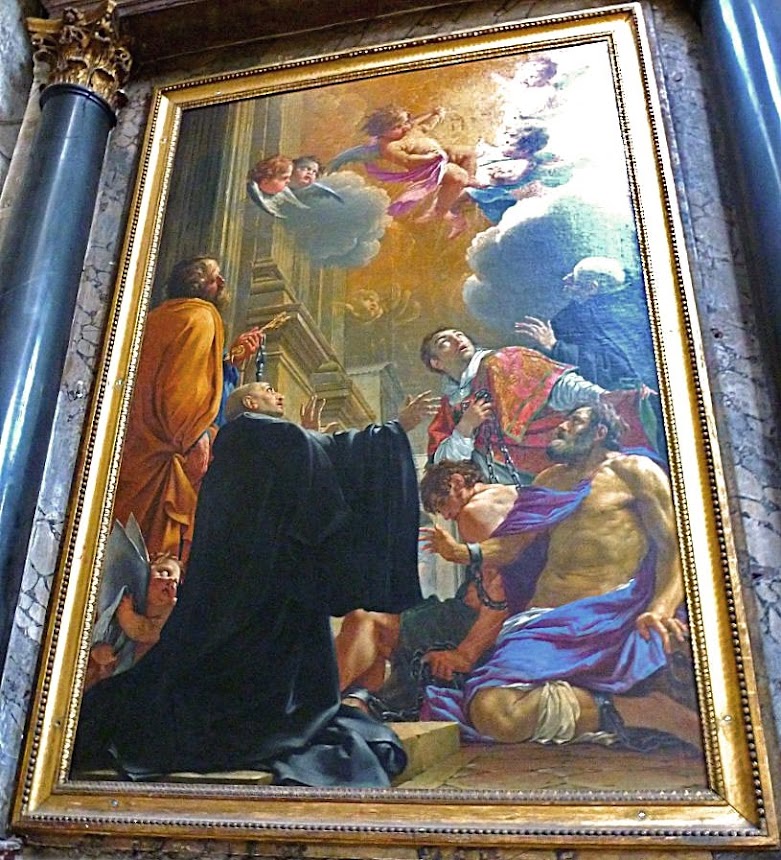 Several paintings in the church are from the 17th and 18th centuries. There's an example above that was the work of the painter Simon Vouet (1590-1649) and you can see another in the last photo, below. 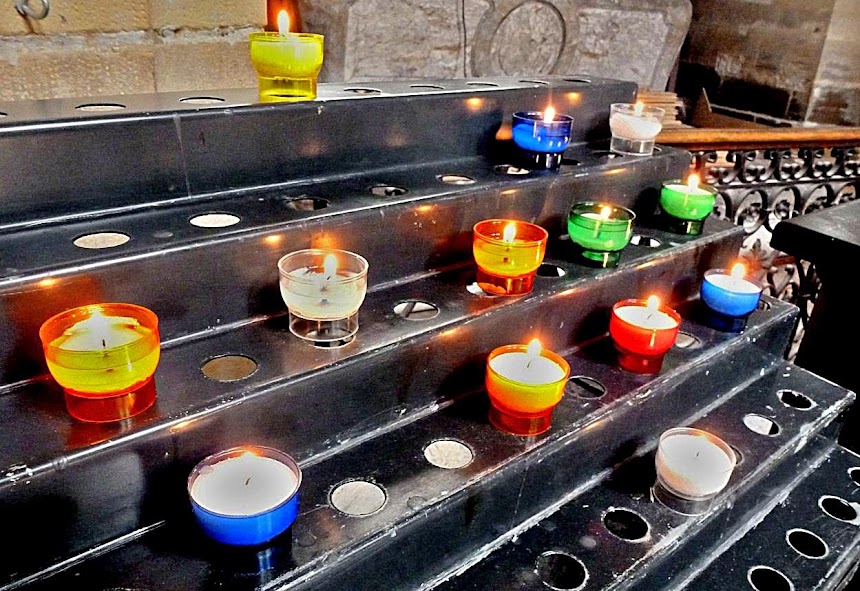 The church's interior was modified in the 18th century, but stained-glass from the 16th century remains, and one of the church's bells dates back to the 1300s. It was saved from an earlier chapel on the site and is probably the oldest church bell in Paris. 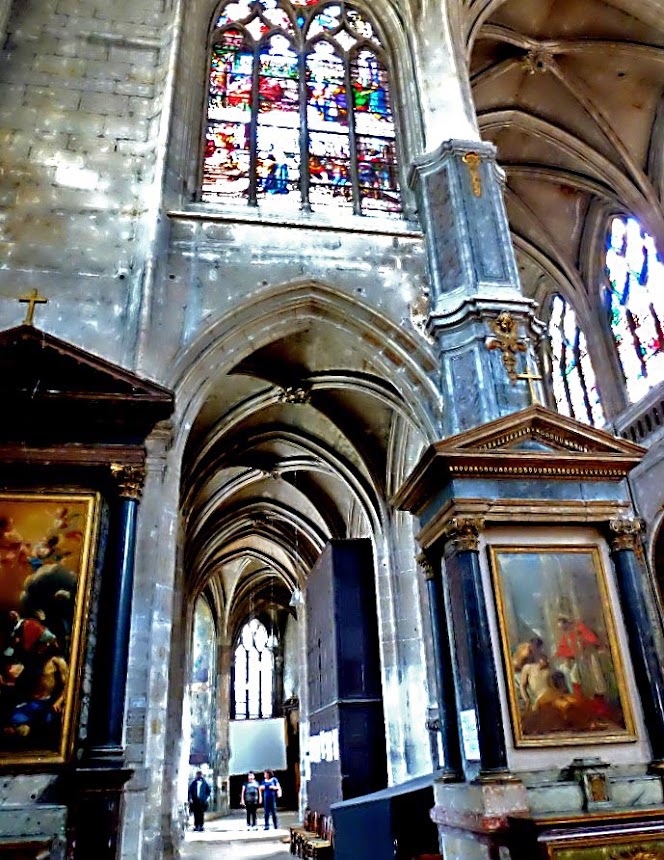 During the French Revolution, Saint-Merri was turned into a saltpeter factory — saltpeter was one of the components of gunpowder. The church still has a fine organ, and concerts are given on Sunday afternoons several times a month.
Posted by Ken Broadhurst at 08:31