Le Louvre, and that balloon

I'm winding down my Paris series, though I still have a few days to go in August and plenty of photos that I haven't published yet. Bear with me. This is the Louvre, seen from the other side of the Seine, showing the Pont du Carrousel. Earlier I posted this closeup view.

And about that photo of the hot-air balloon yesterday: here's another shot of it and the moon, taken a few seconds after I took the one where the balloon had just passed across the moon. I just want to show you how far from the house it was. The montgolfière was moving along at a pretty brisk clip over the vineyard. 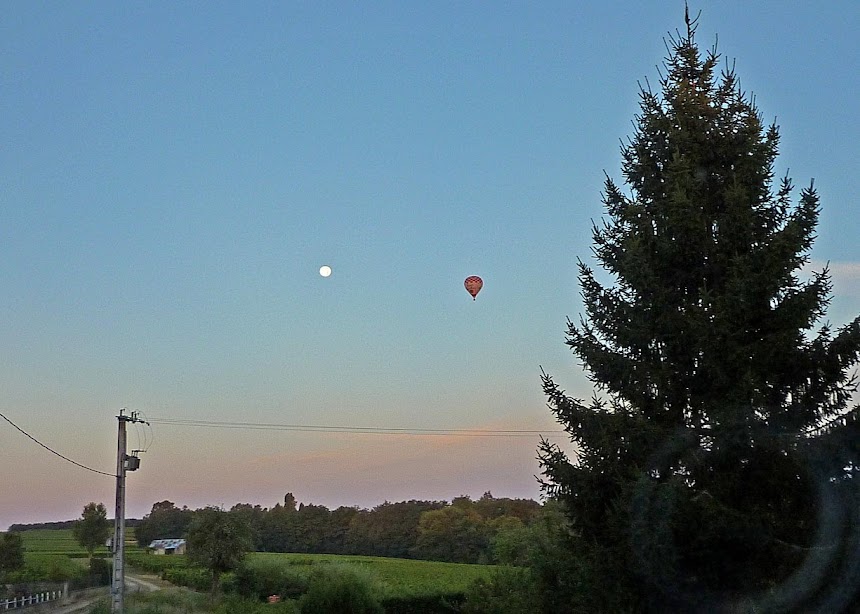 I took the photo through the bedroom window, with the camera at full zoom. I was lucky that the photo was as sharp as it was — which was not very...
Posted by Ken Broadhurst at 07:45