Here are a few more photos of domes that I saw on the Paris skyline when I was up at the top of the Tour Saint-Jacques last week. First, a view looking out over the Latin Quarter. 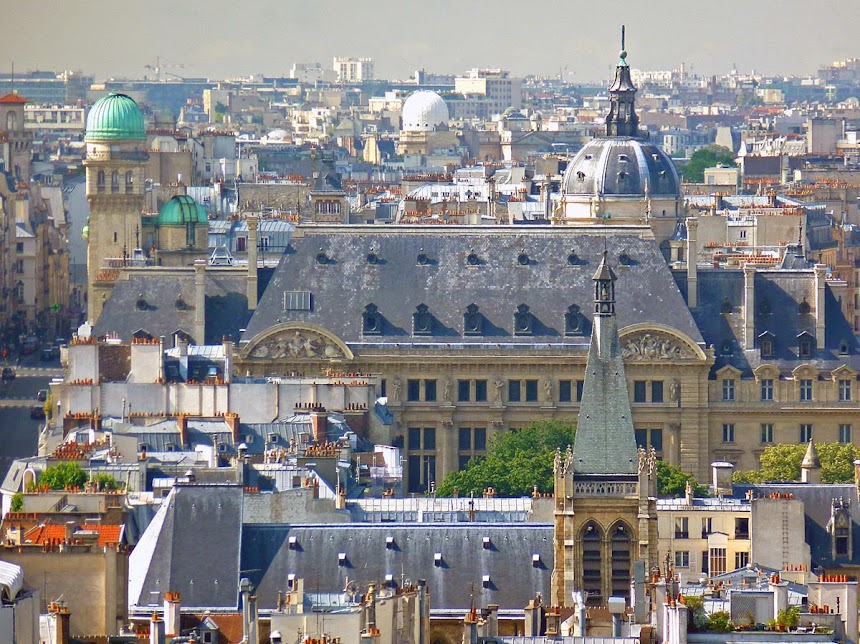 The main landmark you see in the photo above is the Sorbonne, with its green observatory domes and, on the right, the much larger dome of the Chapelle de la Sorbonne, which Cardinal Richelieu had built in the 1600s. In the distance, you can see the white dome of the larger and newer Observatoire at the end of the avenue of the same name. In front of the Sorbonne stands the Eglise Saint-Séverin and its steeple. 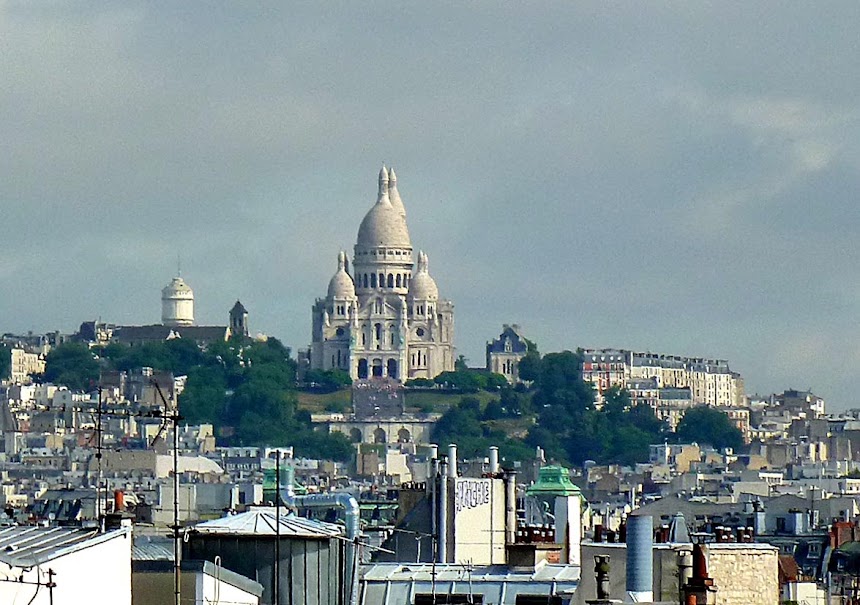 Looking in the opposite direction from the top of the Tour Saint-Jacques, you can see some of the best known domes of Paris, those of Sacré-Cœur, at the top of Montmartre. 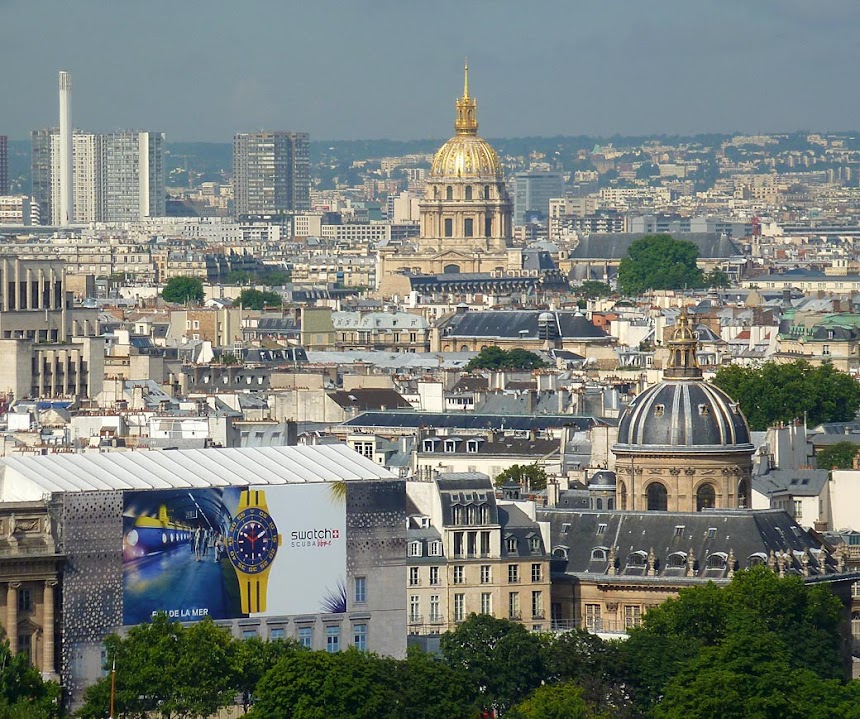 And looking southwest, you can see not only L'Eglise du Dôme des Invalides, but also, in the foreground, the dome or cupola of the Institut de France, which includes the Académie Française and several other literary, artistic, and scientific academies. 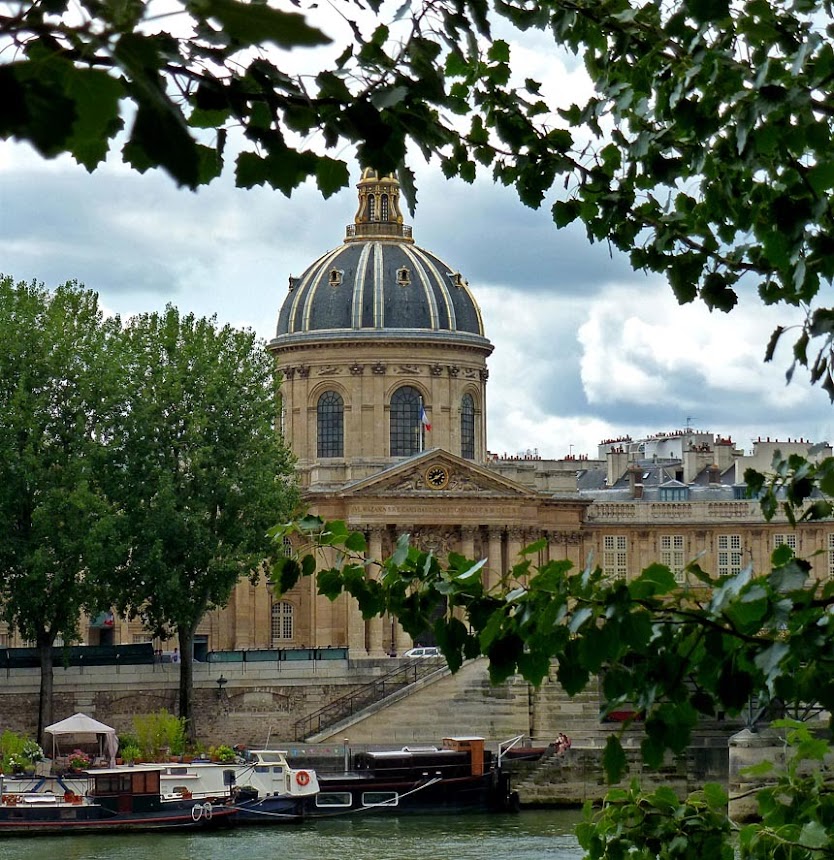 The dome of the Institut stands on the banks of the Seine at the south end of the Pont des Arts, which is a footbridge linking it to the Louvre.


A couple of evenings ago, France 2 television's daily newscast ran a report about the Tour Saint-Jacques and the fact that it open to the public this summer for the first time since it was built in 1519. Here's a link. The Tour Saint-Jacques story is toward the end of the show and the guide who led the tour I was on is featured prominently in it.
Posted by Ken Broadhurst at 07:30