There are two opera houses in Paris — three, really, if you count the Opéra Comique. The older opera house, at the top of the Avenue de l'Opéra between the Louvre and Palais Royal to the south, and the Galeries Lafayette and Printemps department stores to the north, is the one you see in the picture below. It has a dome. The newer opera house, at Bastilles, doesn't.


Here's a much longer view, showing not only the Opéra Garnier but also the Eglise Saint-Eustache, on the right, and on the left, the dome of the Bourse de Commerce — the Paris commodities exchange. Pre-dating the current building was a building called La Halle aux Blés, or the grain market. 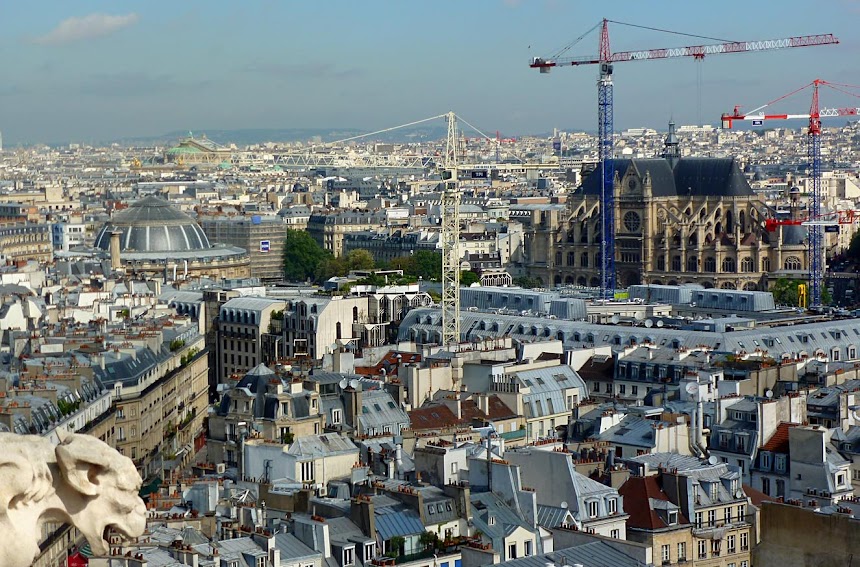 The neighborhoods south and west of Les Halles, including the Bourse de Commerce, the Opéra Garnier, and the Eglise Saint-Eustache


Here's a closer view of the dôme or coupole (cupola) of the Bourse de Commerce, with the opera house in the background. Both buildings date back to the second half of the 19th century.

The Bourse de Commerce in the foreground, with the Opéra Garnier in the distance

Finally, there's another domed building in central Paris that carries the word "commerce" in its name: Le Tribunal de Commerce is on the Ile de la Cité, right across the river from the Place du Châtelet and the Tour Saint-Jacques. 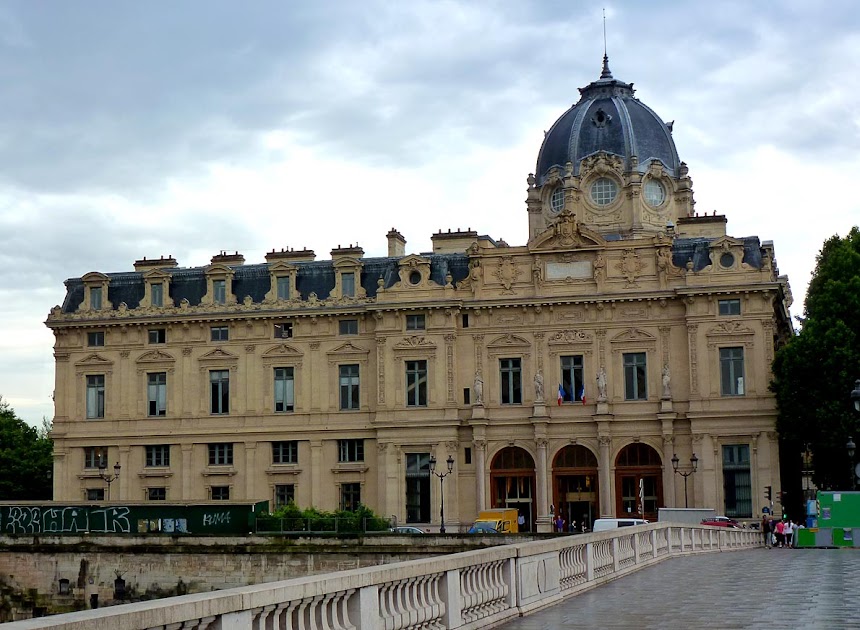 
This is another domed building dating to the second half of the 19th century. I have one more post about Paris domes planned — maybe tomorrow or the day after.

The weather continues hot here in Saint-Aignan, but probably not as hot as it is in Paris. Our high temperature yesterday was 32.6ºC in the shade — that's just over 90ºF. We are supposed to have thunderstorms, with a possibility of hail, tonight.
Posted by Ken Broadhurst at 07:30