The Centre Pompidou has been one of the two or three most controversial buildings in Paris since in it was built in the mid-1970s. (The other two I have in mind are the Tour Montparnasse and the Pyramide du Louvre.) It's the famous building with all its structural and functional elements visible from the outside, painted in bright colors. 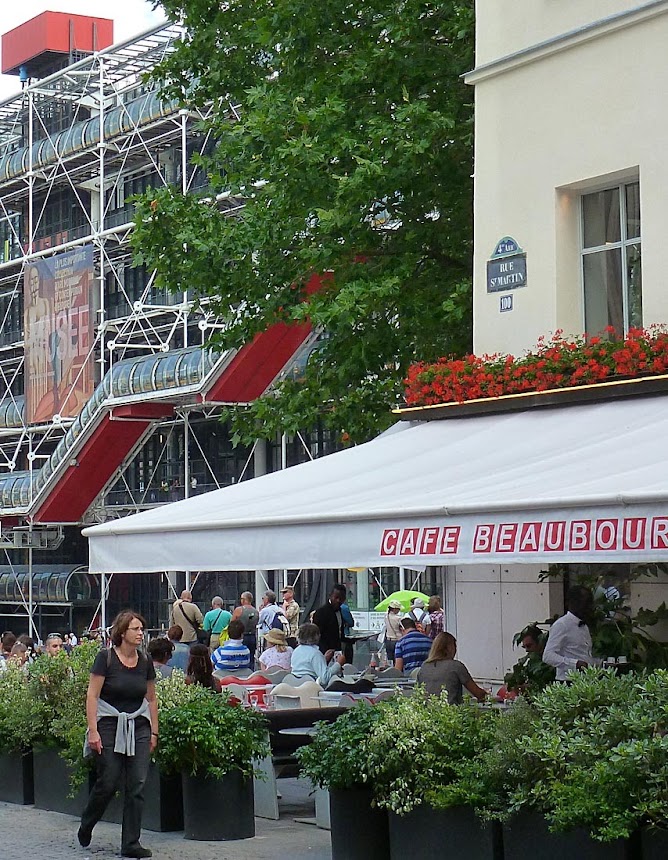 It's squarely in the middle of the city, not far north of Notre-Dame and the Tour Saint-Jacques. The neighborhood is called Beaubourg — "beautiful town" — and was a village outside of Paris until the 12th century, when it was annexed.

The building was conceived of by French President Georges Pompidou in the late 1960s. He wanted to build what an old Michelin Guide that I have describes as "a living center of contemporary art where the public could participate." It's one of the most important modern art museums in the world, and the plaza and cafés around it are usually full of people.

The Centre Pompidou seen from the top of the nearby Tour Saint-Jacques
Posted by Ken Broadhurst at 07:30