I didn't go into the Louvre when I was in Paris in July, but I did walk through the Cour Carrée and past the Pyramide as part of my 10 km trek July 26. The weather was just too beautiful for me to want to spend time inside that day. Here are just a few pictures I took at the Louvre as I toured central Paris on foot.

One of my earliest memories of going to the Louvre must date back to 1970, when I was a student in Aix-en-Provence and spent my two-week spring break in Paris. It was all new to me, and the size and diversity of the city was fairly intimidating. I thought I ought to go to the Louvre, so I did. I remember that I wandered all around the exterior of the building, but I couldn't find the entrance! It turned out to be a non-descript door (for the Louvre) with only a very small sign. 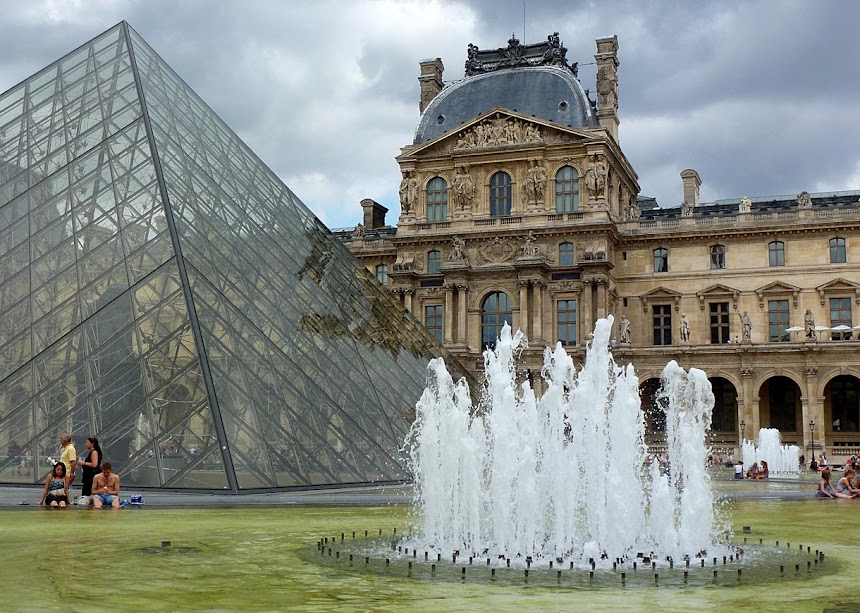 That was obviously before the Pyramide du Louvre was built in the 1980s. Now, you can't miss the entrance — there is almost always a long line of people waiting to get in. Back in March 1970, the weather was gray and gloomy, the buildings of the Louvre were gray and grim, and there were few if any people waiting to get into the museum. The courtyard where the Pyramide now stands was actually a parking lot for employees of the Ministry of Finance, which occupied nearly half of the buildings that make up today's Louvre museum. 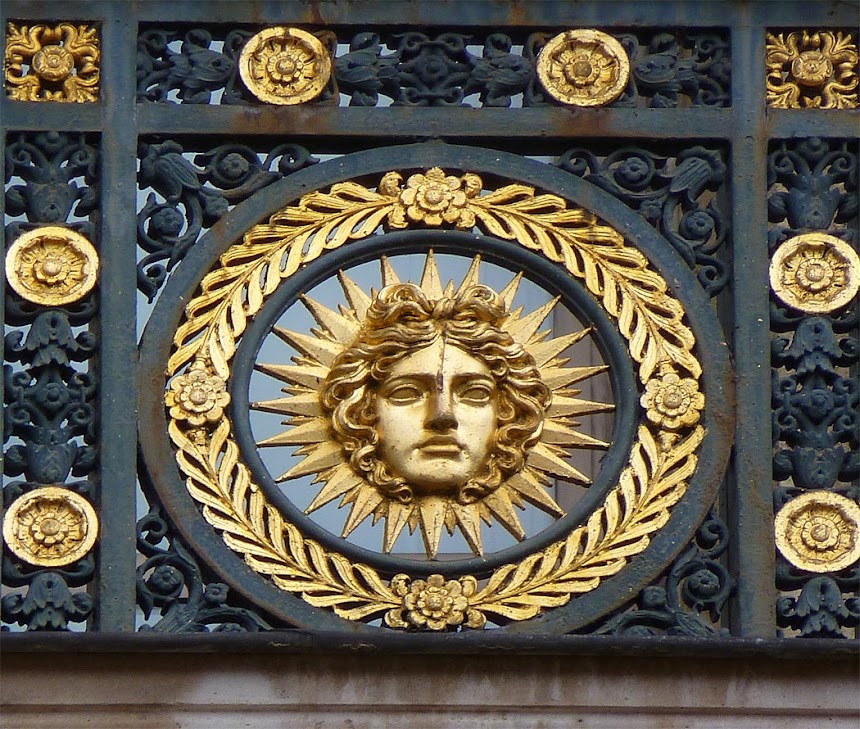 Even if you don't go inside the Louvre to study and admire all the artwork in the museum's collections, there's a lot of artwork to see on the outside of the buildings. Here are just three photos showing some examples. 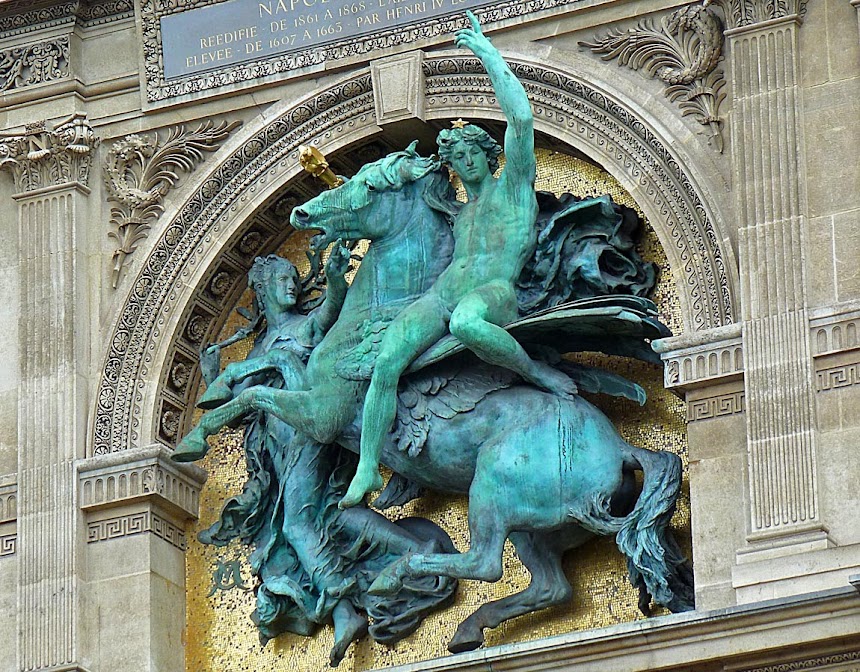 On another subject entirely — Saint-Aignan — I should say that our weather has turned gray and cool again, after a very hot and sunny month of July. We have, however, been spared the violent storms that have dropped large hailstones all around France, causing great damage to roof tiles, cars, and crops — especially vineyards. 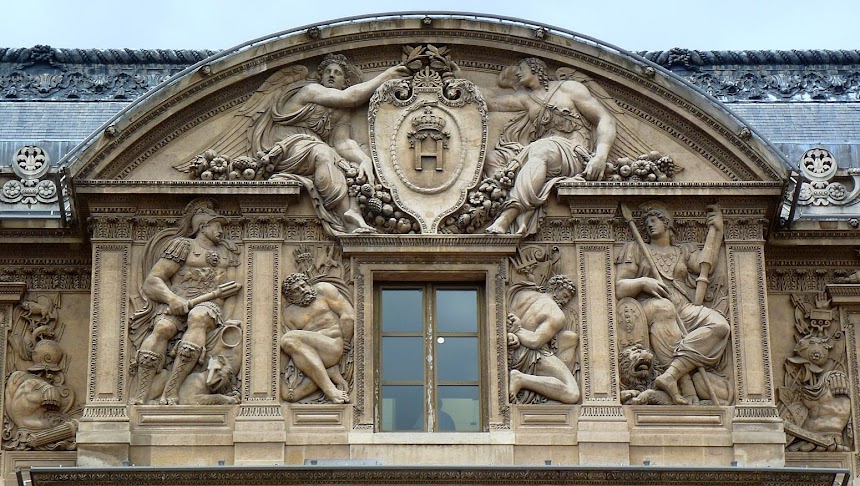 First it was Vouvray, then Burgundy, and now Bordeaux and the Dordogne region. Here in Saint-Aignan, we've been lucky. The storms have mostly passed west, north, or south of us. We did have more than an inch of rain night before last, with some thunder and lightning. We needed the rain, actually, and we suffered no damage. The roof over the kitchen did not leak.
Posted by Ken Broadhurst at 07:30