Three more views of the Conciergerie

There used to be a silver bell in the tower with the guilded roof at La Conciergerie, but it was taken out and melted down during the "events" of the 1790s  — the French Revolution, when the monarchy was toppled (temporarily, as it turned out). I see a bell up in the tower in the photo below, but it must not be made of silver. 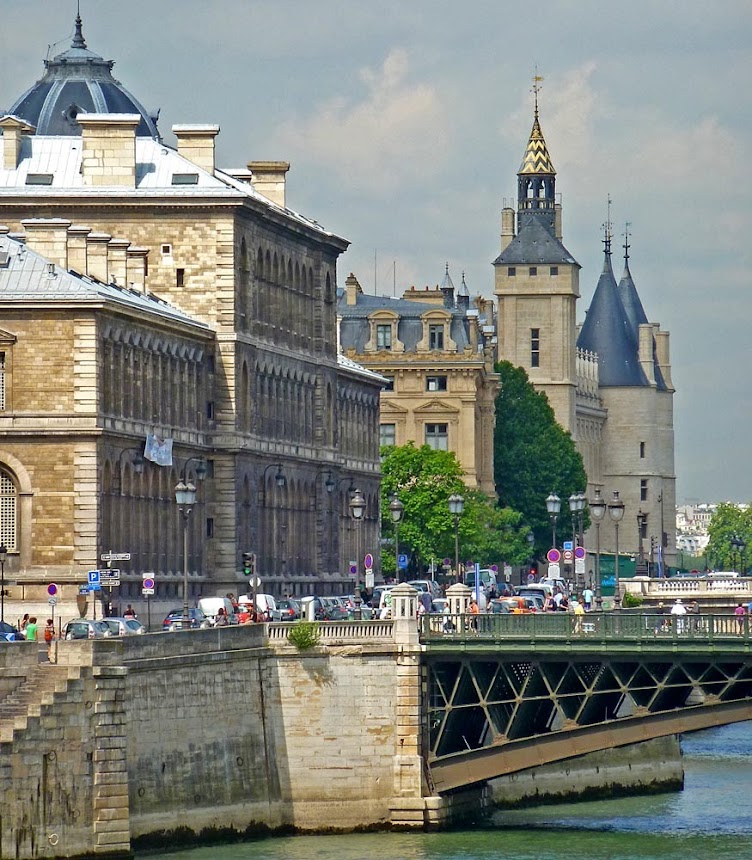 Down at street level in the 14th century bell tower, there's a big public clock, visible in the photo below. It was the first one ever installed in Paris: « Elle [la tour] reçut en 1370 la première horloge publique de Paris qui n'a jamais cessé, depuis dix siècles, de rhythmer la vie du Palais et de la Cité. » — "The tower got the first public clock ever in Paris and it has never ceased, for 10 centuries, to set the pace of life at the Courthouse and in the City." 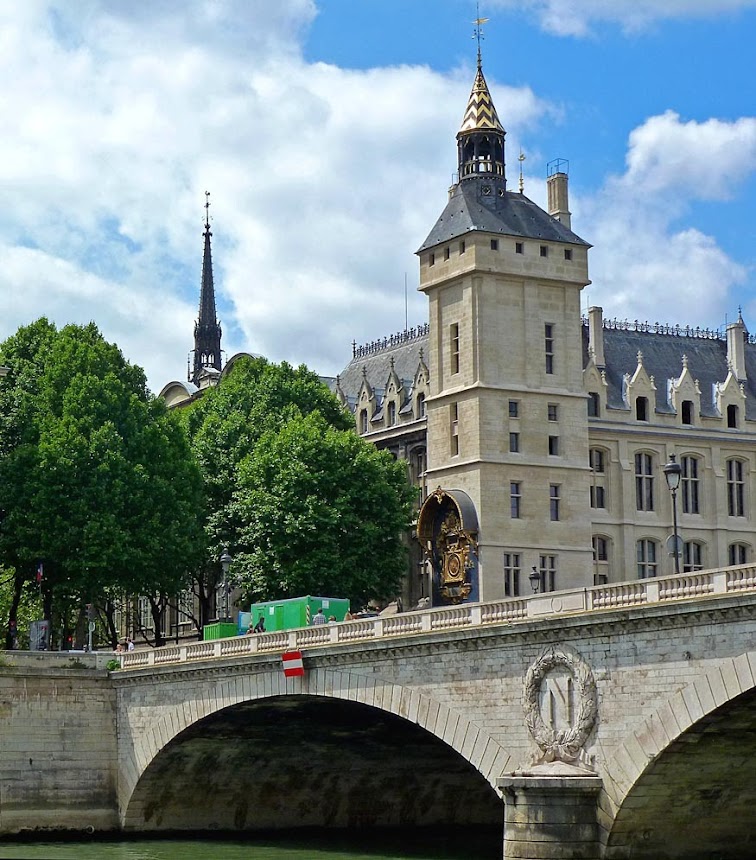 The Conciergerie really contributes to the picturesque views you get in the center of Paris along the Seine. These photos were taken at river level, not from the top of the 16-story Tour Saint-Jacques. 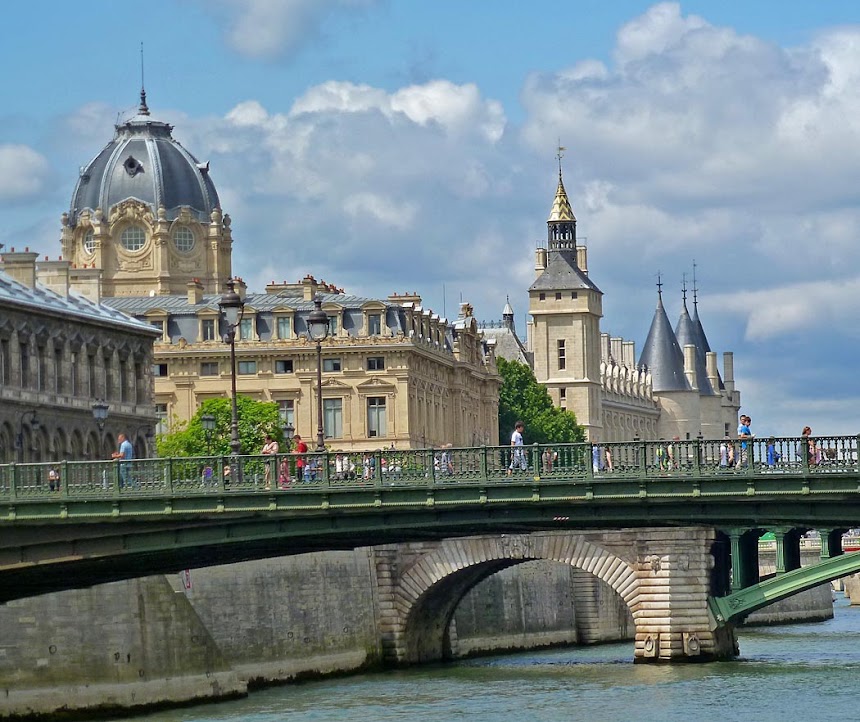 It's amazing how much I enjoyed my two short stays in Paris in July. Sometimes I think, in the back of my mind, that I don't know if I'll ever get another chance to do such a long walking tour around the city. Age, you know. Knees. Ankles Budget. Weather. I'm an optimist, but I'm also getting old enough to be a realist about such things, the effort and money required, not to mention the weather imponderables.
Posted by Ken Broadhurst at 07:30