Four photos from the Fourth Third

It was July 6 and I was in Paris for the first time in two years. It's hard to believe Walt and I live so close to Paris and hardly every go there any more. When we lived in San Francisco, between the late 1980s and 2003, hardly a year ever went by without a trip to Paris. Some years, we made the trip twice.

I spent that Saturday afternoon out walking around the city. I wandered through the Marais, which is the 3rd and 4th arrondissements. The café above is at the corner of the rue de la Perle and the rue Vieille du Temple. 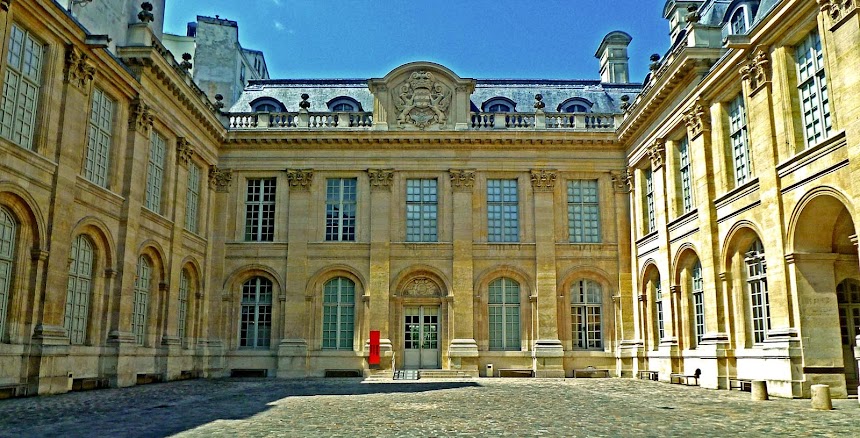 Did you know that there is a Hôtel de Saint-Aignan in Paris? There is, and that's it above. It's on the rue du Temple. In French, « hôtel » means of course a hotel as in English, but it also means a grand house in a city. The Hôtel de Ville in Paris is, for example, city hall. 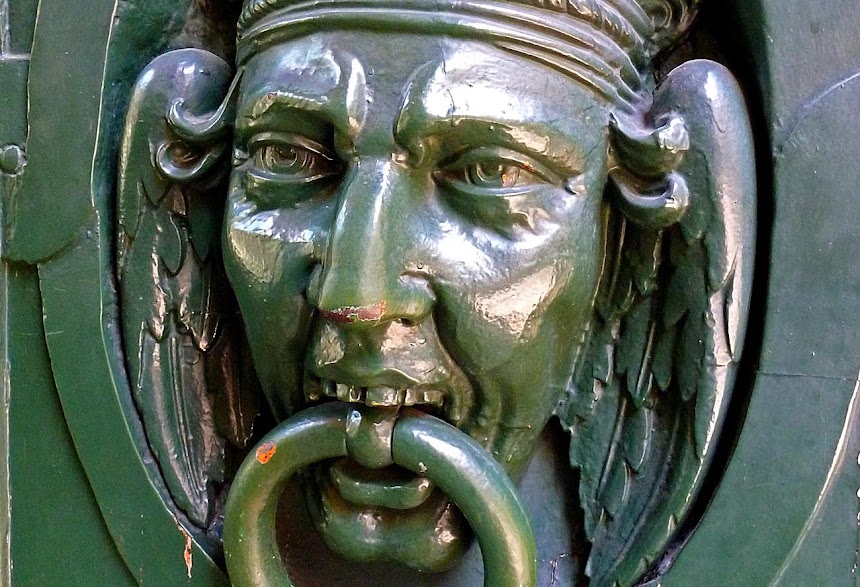 The Hôtel is Saint-Aignan was a residence, and now it is a museum. The figure above is what you see on the big carriageway doors that close the hotel's courtyard to the street. The Hôtel de Saint-Aignan was recently restored. More about it later. 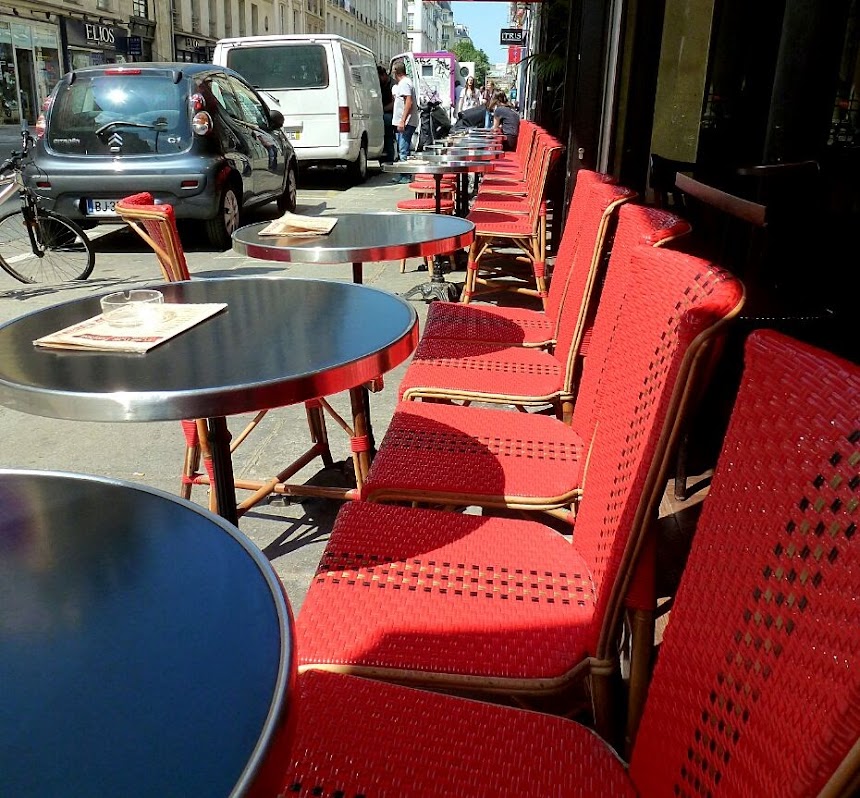 Finally, another café, this one on the rue de Turenne, near the Eglise Saint-Denys. I stopped here and had something to drink. As you can see, there weren't many people sitting out in the hot sun that afternoon.
Posted by Ken Broadhurst at 07:45