This is a more unified post than many of the others I've done. I other words, it's five photos of the same subject: French king Henri IV on horseback at the western tip of the Ile de la Cité in the center of Paris. 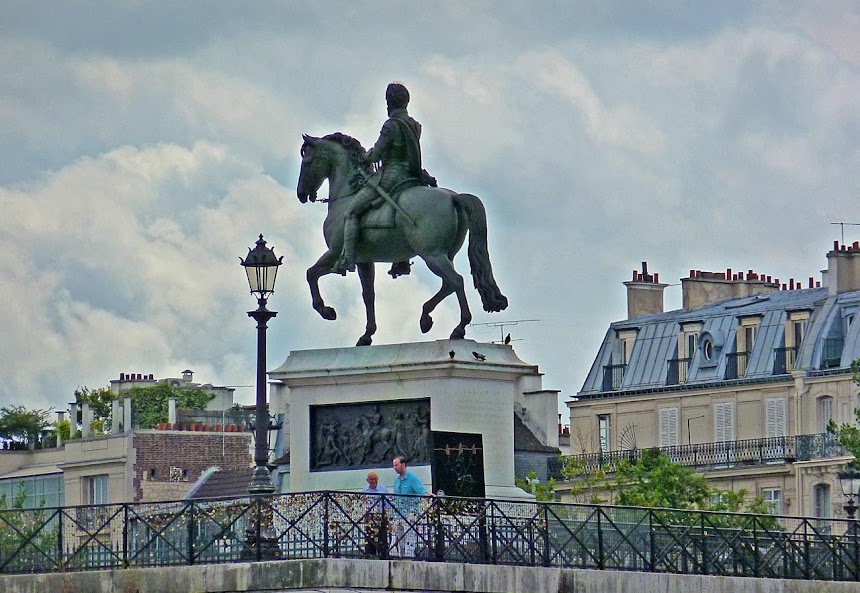 Henri IV was king in during the two decades that surrounded the turn of the 17th century. He was the Protestant who said that Paris was "well worth a mass" — in other words, he was willing to become Catholic in order to become king. In fact, he had been baptized as a Catholic as a child and switched his religious affiliation several times over the decades. 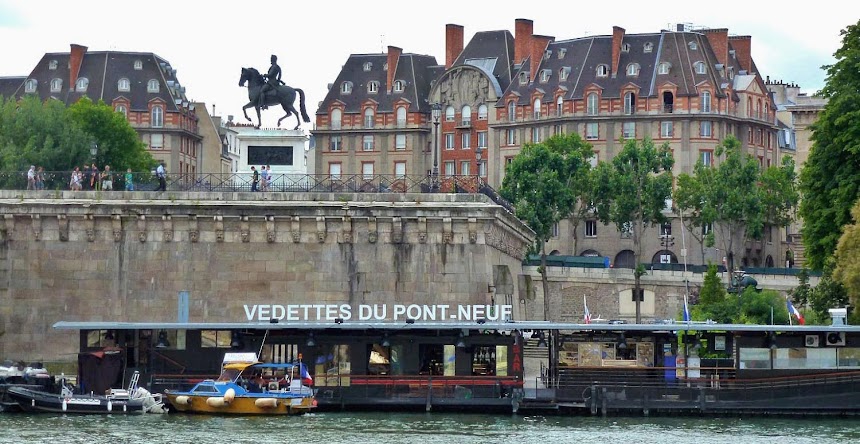 However that may have been, Henri signed the Edict of Nantes, giving Protestants political and religious rights in France, bringing relative peace to the country after decades of wars of religion in the 16th century. To say that he was a controversial figure would be an understatement. 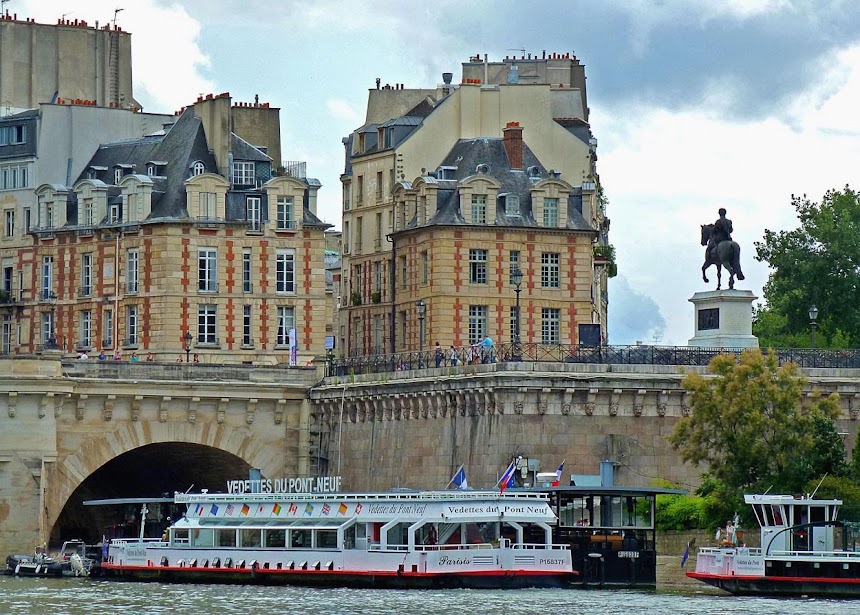 Henri IV was also the king who said he wanted every one of his subjects to be able to have "a chicken in the pot" — une poule au pot — at dinnertime every Sunday. He was much loved — more posthumously, I think, than during his 20 years as king  — and his legend grew as he came to be known as le bon roi Henri in succeeding centuries.

In 1610, Henri IV was assassinated, stabbed by a madman — a Catholic fanatic, they say — in  the middle of Paris, near Les Halles. Obviously, radical Catholics didn't love him. There were many assassination plots and attempts until at last one succeeded.

Henri's nickname was « le Vert-Galant ». He had 73 "official" mistresses, they say, and fathered 22 children. Vert in this sense means "racy" or "risqué"; a galant is a man who loves to seduce women. The park as the western tip of the Ile de la Cité is called Le Square du Vert-Galant.
Posted by Ken Broadhurst at 08:00