The Paris metro early on a Sunday morning

Can you imagine the Paris metro with no people in it? It's easy — all you have to do is go down into a station at about 6:30 on a Sunday morning. As you can see, I had the place to myself. 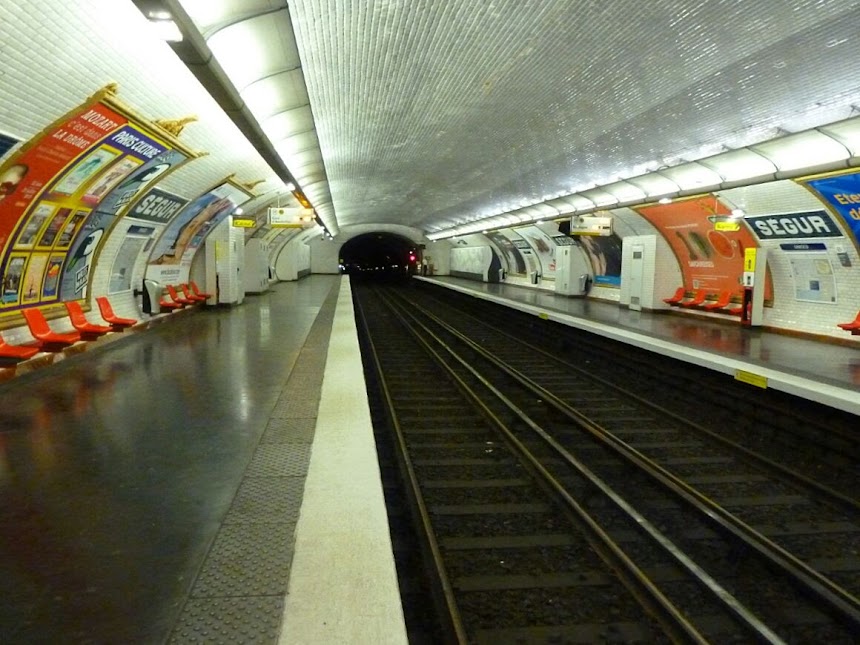 This is the Ségur station, in the 7th arrondissement. It's just on the edge of the 15th, and a five-minute walk from CHM's apartment. Twice in July, at the beginning and again at the end of the month, I had occasion to take the metro from Ségur to the Gare d'Austerlitz. It's a direct line — no changes all the way to Austerlitz. 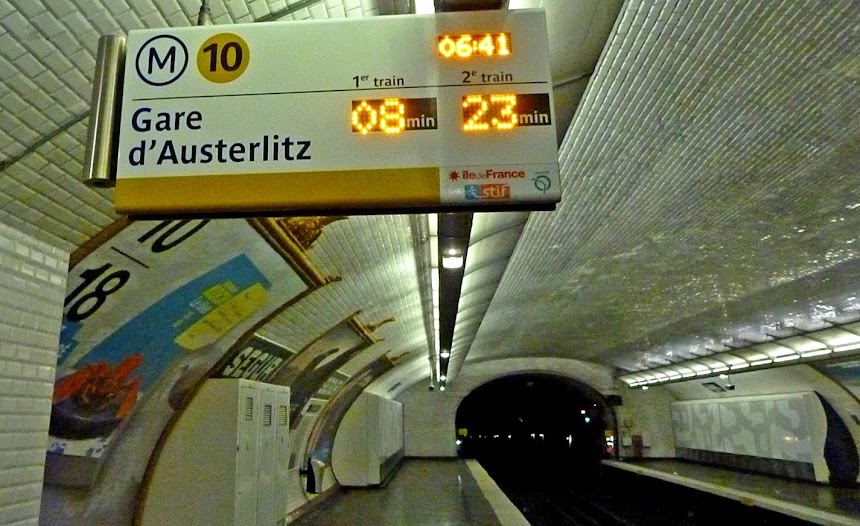 My train back to the Loire Valley was at 7:38 a.m. on those Sunday mornings, so I left CHM's place on foot, pulling my suitcase behind me, at about 6:30. I wanted to make sure I'd be at Austerlitz on time. As you can see, one time I had to wait more than eight minutes for a metro train to pull into the station. The other time, I was luckier and the wait was shorter. 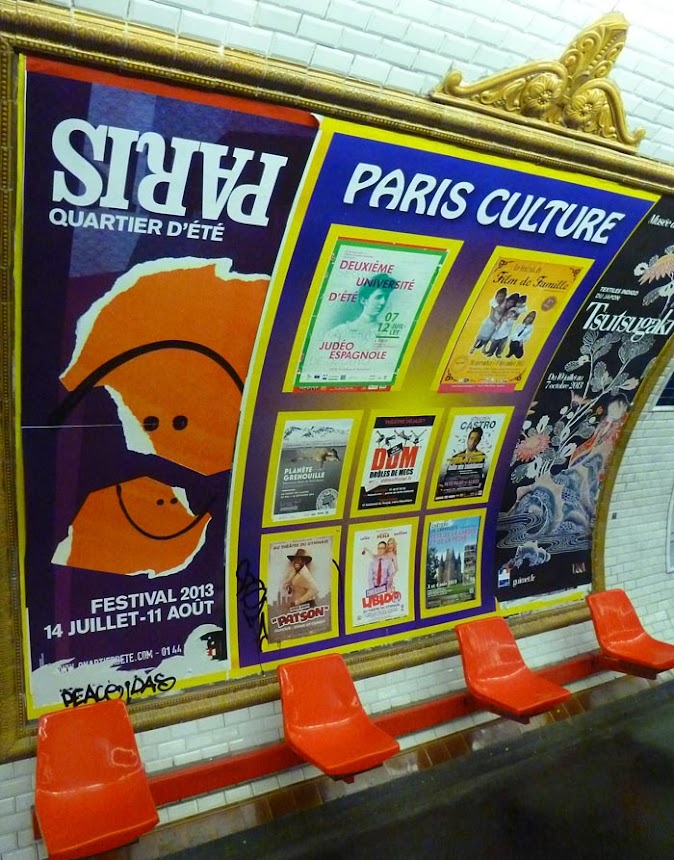 I had time to examine all the advertising and posters in the Ségur station. There were no people to block my view. There was plenty of seating. 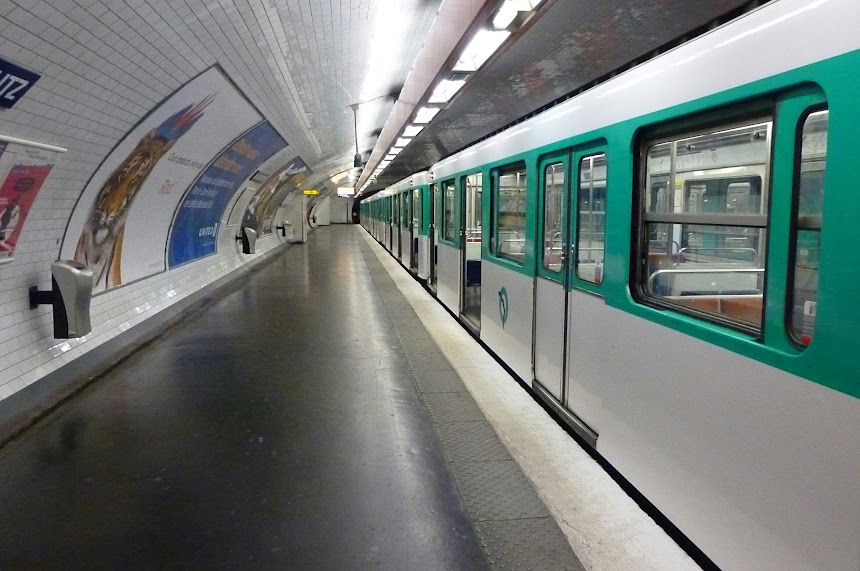 I arrived at Austerlitz with time to spare. No jostling, no lines to stand in — just a smooth ride. Even at the Gare d'Austerlitz metro stop, there were few other travelers. 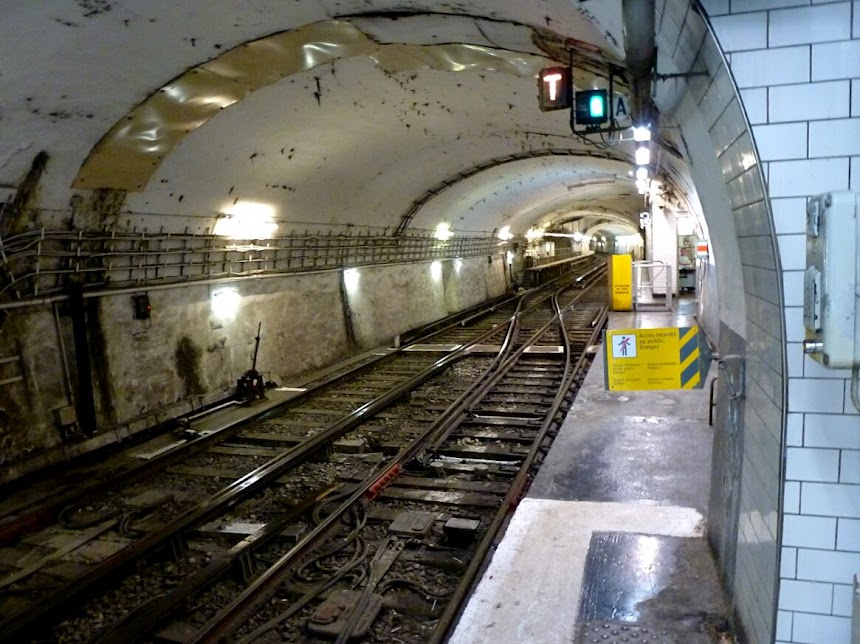 As I walked along the platform at Austerlitz, I noticed that the metro tunnel was all lit up ahead of me and the train I had just gotten off of. There was a metro employee in the tunnel, but I tried not to get him in the picture or let him see that I was taking a photo. He might have thought I was a terrorist or something. 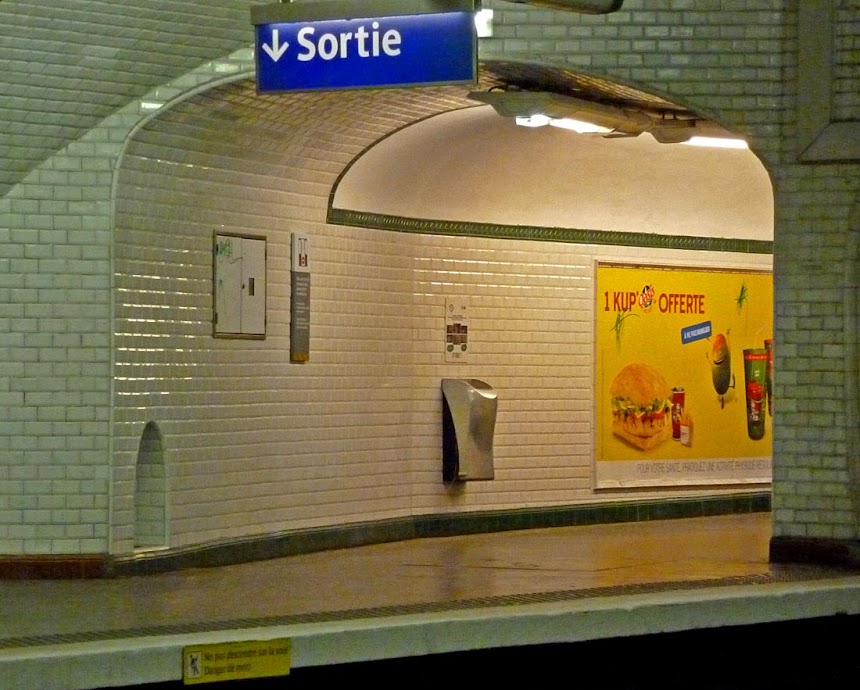 I headed for the sortie and walked through a series of corridors and up a few flights of stairs to get to my SNCF train, destination Blois. One Sunday, I had time to sit down and have a café and a croissant before my train was announced. The other Sunday, I had less time but I never had to feel rushed.
Posted by Ken Broadhurst at 07:45