When I went to the Tour Saint-Jacques to see if I could book a tour in late July, I made sure I got there early so I'd be at the front of the line. It worked. But that meant I had to wait there from before 9 a.m. until the tour started at 10. 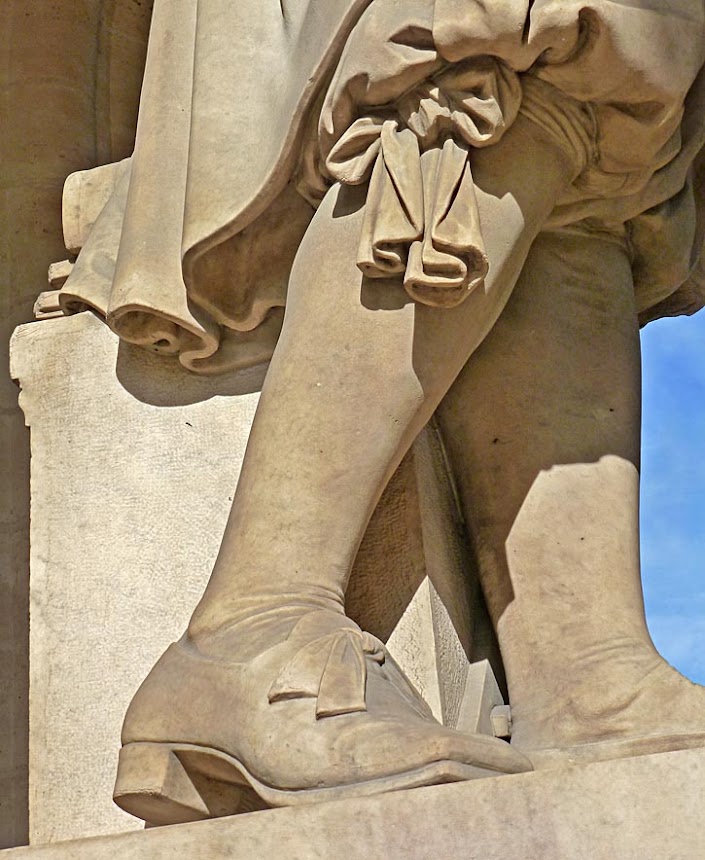 I took photos. Under the Tour Saint-Jacques, there's a statue of one of France's great men of science and literature. It must be protected from the elements by its placement under the arches and vaults of the tower, and I think it might have recently been restored. 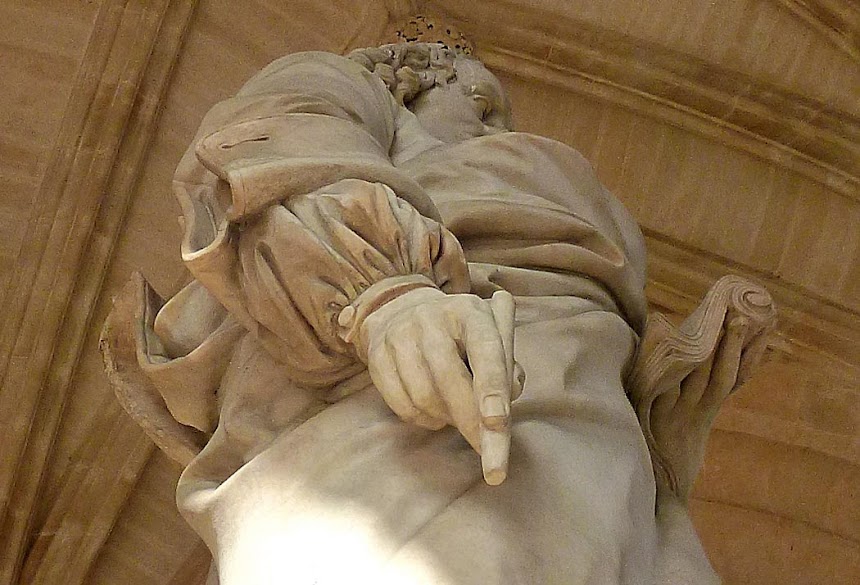 Who is it? If I write « Pensées » maybe you'll know. Or « le pari de... ». Or « Le cœur a ses raisons que la raison ne connaît point. » He was a mathematician and scientist, but also a philosopher and Christian mystic. Born in 1623, he died at the age of 39 of some mysterious malady.

It's not really clear that this man had any real connection to the Tour Saint-Jacques. One source says that the Baron Haussmann, who had the statue put up in the 1800s, mistakenly thought that the great scientist had performed experiments here. Another says he might have prepared here for meteorological work he did on a mountaintop in the Auvergne, or he might have demonstrated the findings from those mountaintop experiments at the Tour Saint-Jacques afterward for the Parisian public. 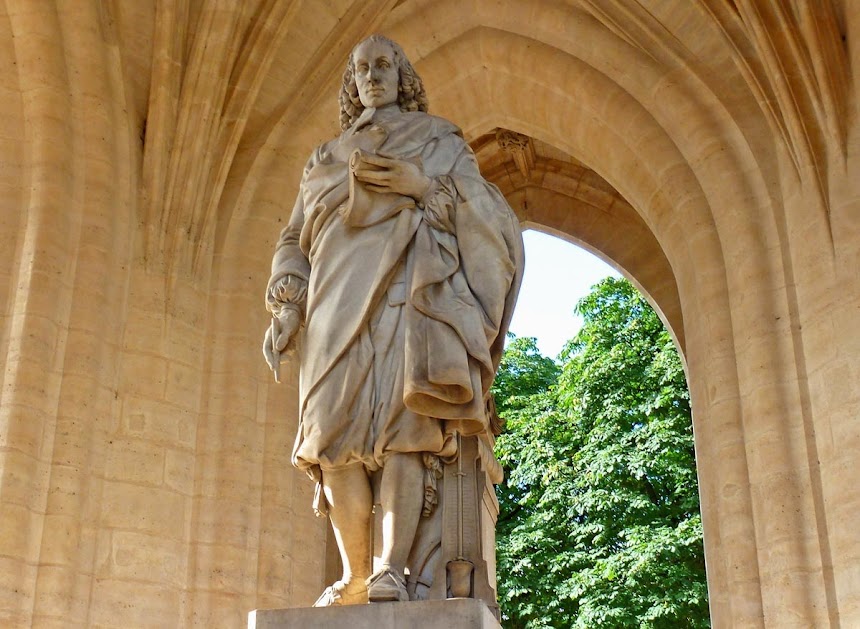