Meanwhile, back in Saint-Aignan

The season is definitely autumn back here in Saint-Aignan. In the vineyard, most of the grapes have been taken in. Only a few parcels of vines still have red-wine grapes hanging on them. Ninety-five percent of the white-wine grapes have been harvested. It's raining hard outside as I write this on Sunday night. 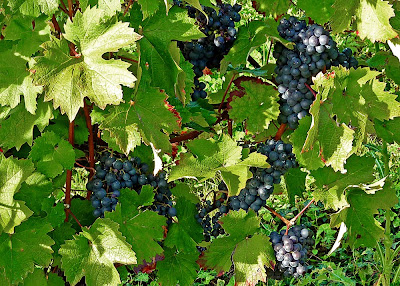 Grapes in the Renaudière vineyard near
Saint-Aignan in mid-September
All our tomatoes are harvested too. The weather suddenly turned chilly and damp over the weekend. Besides, all the wet weather we've had over the past few weeks caused a major weed invasion out in the garden. Low-hanging tomatoes don't enjoy the dark, chilly, damp conditions that high weeds create, so it was time to bring them in. 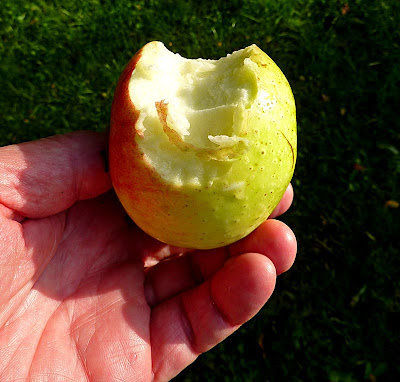 Me taking a bite out of an apple
Next it will be the apples. There's no shortage of those — the ground is covered with them. The compost bins are already full. I eat two or three apples every time I take the dog out for a walk. 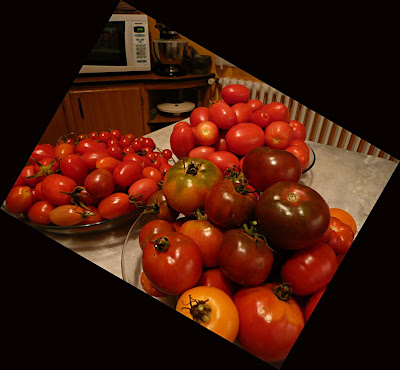 I think we are having an early fall. Maybe we'll get
a belle arrière-saison — Indian Summer.
According to the calendar, summer ends officially on Wednesday. My assessment of the 2011 season? Too dry in the spring, especially April and May. Too wet in July and, especially, August. In the garden, the tomatoes did okay, considering. After a good start, the red bell peppers didn't enjoy the moisture of August and September. The summer squash quit producing early. We didn't get much sweet corn, and we didn't get many aubergines/eggplants. I need to go out and see if the lima bean pods have filled out, or if those are a bust. 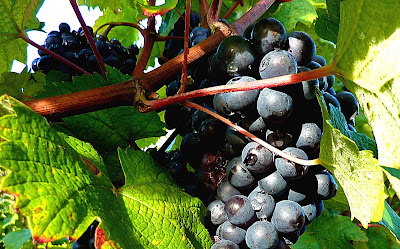