The grand staircase at Carrouges

One of the most distinctive features of the Château de Carrouges is its all-brick grand staircase — « l'escalier
d'honneur ». It was built in 1579 by a local architect, François Gabriel. Construction of the château itself started in the 1400s, after the end of the 100 Years War between France and England. Like most old buildings, it was added to and modified over the centuries. 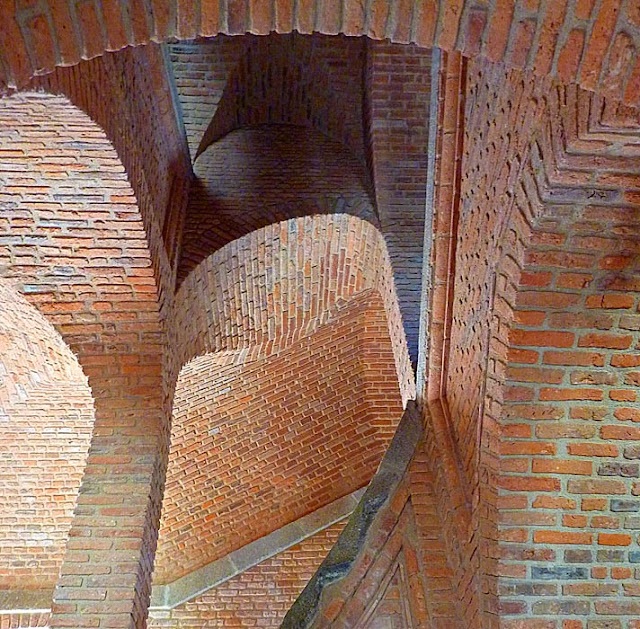 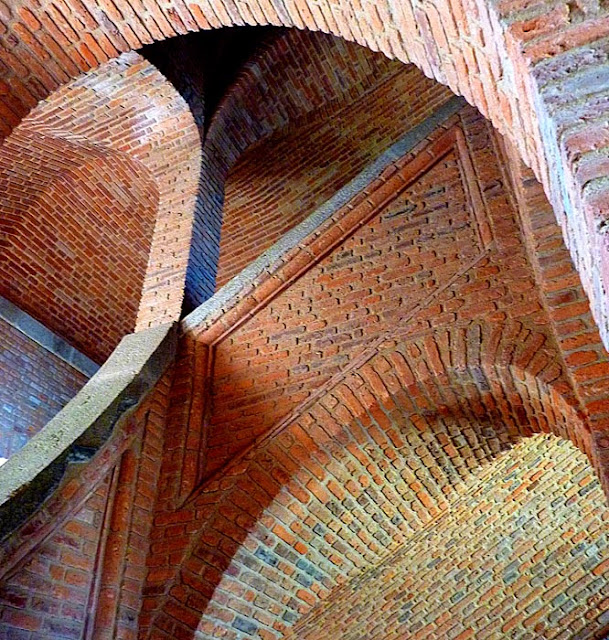 The brickwork of the monumental grand staircase was at one time plastered over and painted. It was stripped of such decoration during restoration work in the 1960s so that its structure would be revealed. 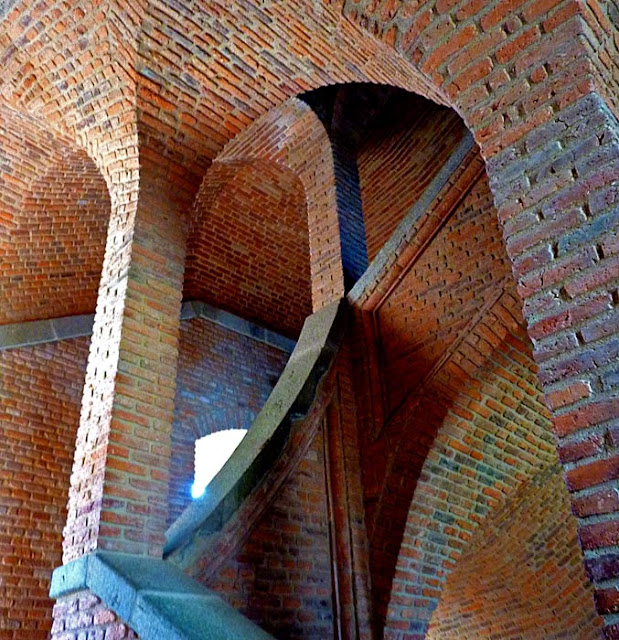 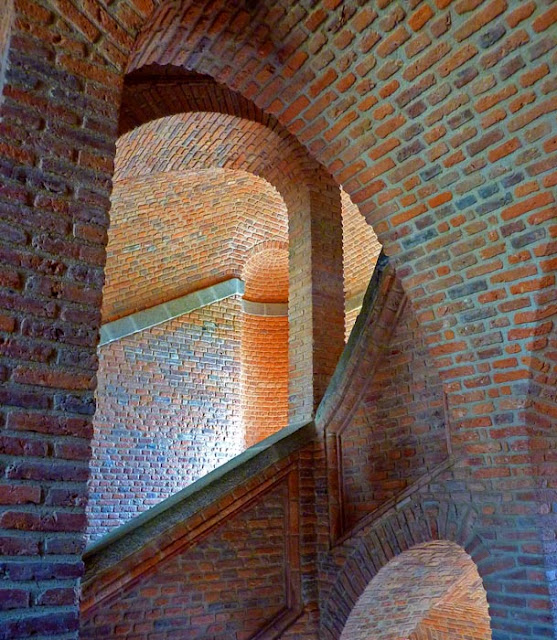 Carrouges probably changed less than some other châteaux, because the same family — their name was Le Veneur de Tillières — owned and occupied it from the late 1500s until 1936, when it was acquired by the French government. Even during the French Revolution in the late 1700s it was spared the destruction and degradation suffered by many other monuments of the Old Regime because its owner at the time advocated putting an end to aristocratic privilege.
Posted by Ken Broadhurst at 08:59