« Châtelet » turns out to be an interesting word in French. If you know Paris much, you probably know that the city's main public transit hub is the station called Châtelet-Les Halles, where several métro and RER lines intersect. Châtelet is pronounced [shaht-'lay]. And Les Halles is [lay-'ahl] — no Z and no S. 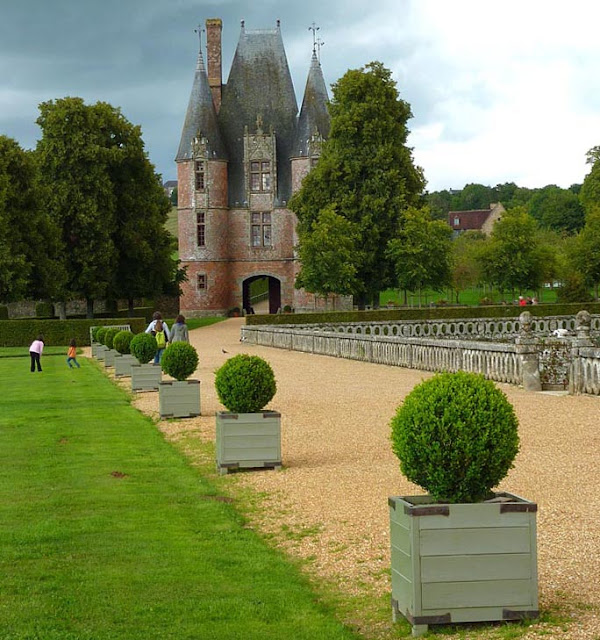 The gatehouse at the Château de Carrouges in Normandy

Historically, a châtelet was a petit château — and château comes from the Latin word castellum, which also gave us the English word "castle." The French word château [shah-'toh] tells a complex story about the evolution of French pronunciation over the centuries. The hard initial [k] of castellum evolved first into a [tch] sound (as in the English word "church") and then into the softer [sh] sound of Chicago. The S after the [ah] vowel gradually disappeared from pronunciation and then from spelling — the circumflex accent (^) is a historical remnant of it. And the "dark" final L evolved into an [oh] sound. All that evolution was going on simultaneously, but it was a long, slow process. 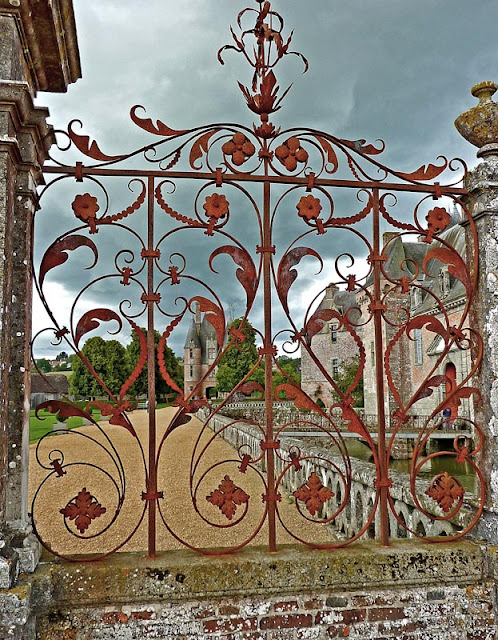 Carrouges, the châtelet seen through some fancy ironwork

If you look for the word châtelet in the big Robert & Collins French-English and English-French dictionary, you won't find it. I was surprised this morning to learn that. If you look at the Petit Robert, one of the standard French dictionaries, you won't find a definition there either, except as a note in the entry for château. It does appear, however, in the Petit Larousse dictionary, with the definition « Petit château fort » — "small fortified castle." 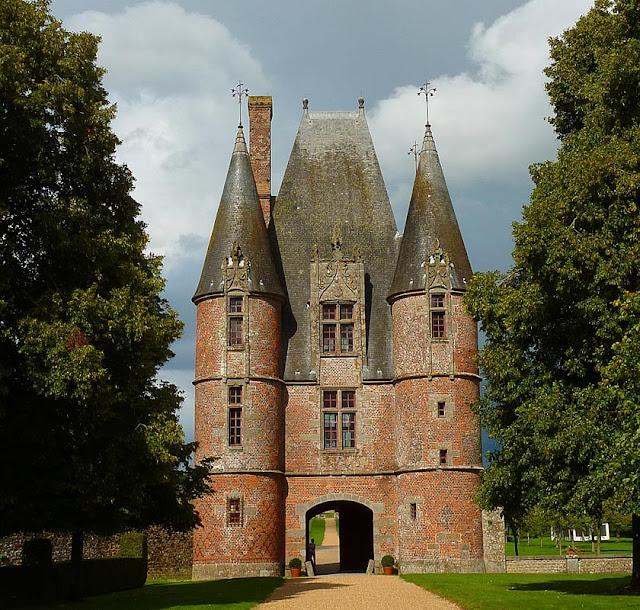 And the term is also in the Grand Robert, which is the unabridged French dictionary of reference. The definition is the same, but the Grand Robert says that the term was first used in the year 1155 and is now pretty much obsolete except in the name of the Place du Châtelet in Paris. There used to be a fortified châtelet there — it protected access to the city, which was basically the Ile de la Cité back then. For generations « Le Grand Châtelet » in Paris was used as a prison, until Napoleon finally had it torn down in the early 1800s. 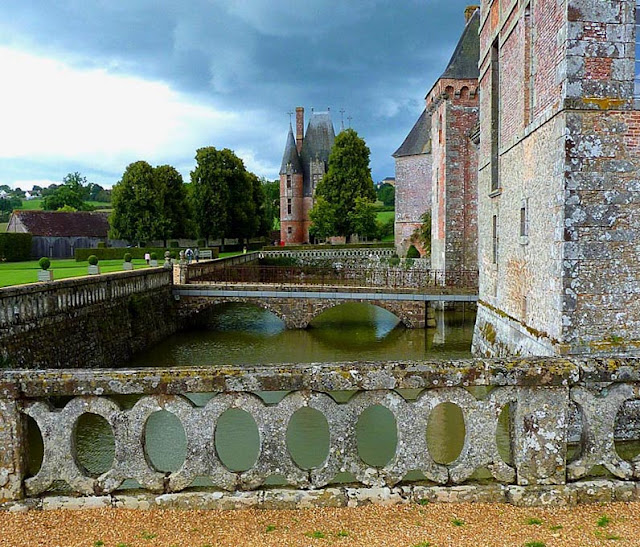 Even so, the Château de Carrouges in lower Normandy includes a building called le châtelet, according to official documents handed out at Carrouges or available on the web (download the PDF). It's referred to in French as a châtelet d'entrée and in English as a "gatehouse" or "gatehouse tower." 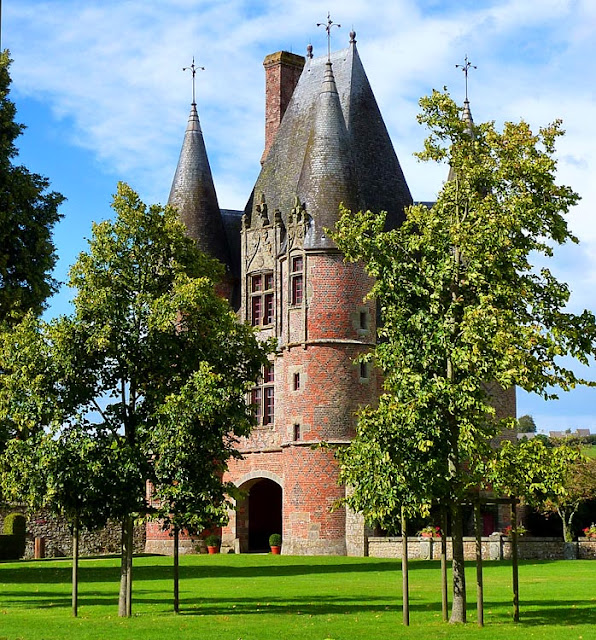 The gatehouse tower at Carrouges was built in the 1500s and it is one of the first examples of Renaissance-style architecture to appear in Normandy. By then, châteaux no longer served defensive purposes, so the Carrouges gatehouse was almost certainly built as a decorative feature. As far as I know, the gatehouse itself is not open to the public — you can walk through, but you can't go inside the building. 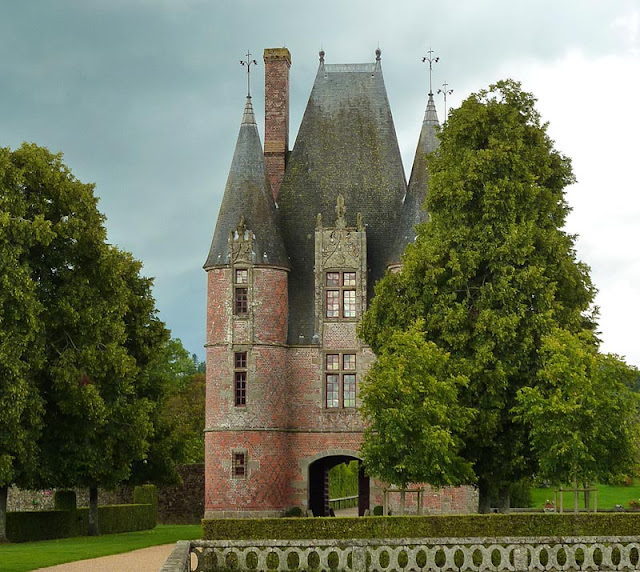 One château near Saint-Aignan that has a remarkable gatehouse is Montpoupon. Here's a link to one of my posts about that Loire Valley landmark: The Montpoupon stop. Its gatehouse was built around the same time as the one at Carrouges, but of stone rather than brick. At Montpoupon, it's called a « poterne d'entree ». Don't ask me why. According to the American Heritage Dictionary, a "postern" in English is a small rear gate, as in the wall of a castle.
Posted by Ken Broadhurst at 09:20