Here's another series of pictures that I took at the horse show at the Haras du Pin in Normandy. The man in the red jacket was the master of ceremonies for the whole event, and he also gave a demonstration on dressage, or training. One web site I've seen calls le dressage "teaching the horse how to learn." 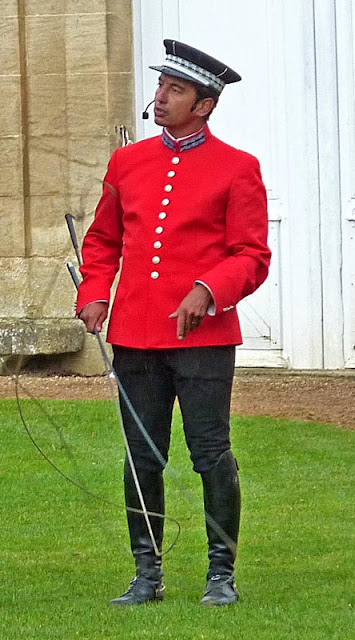 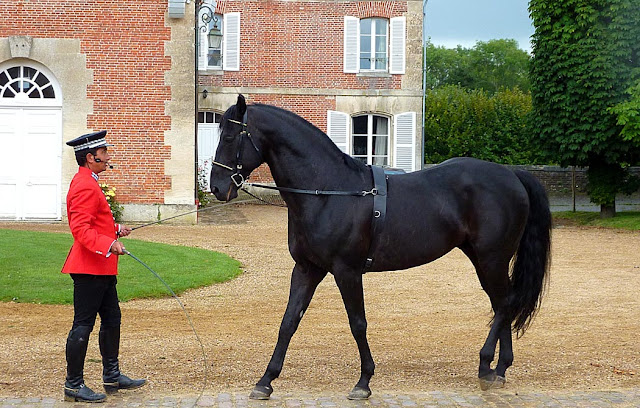 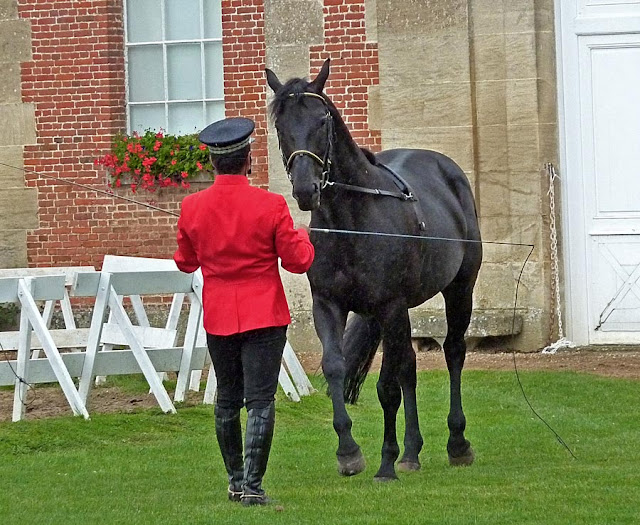 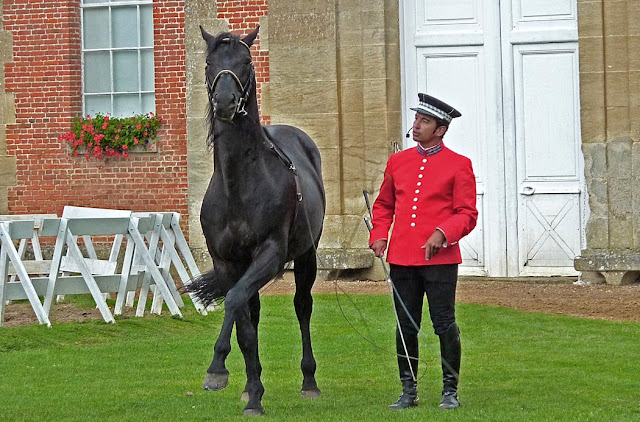 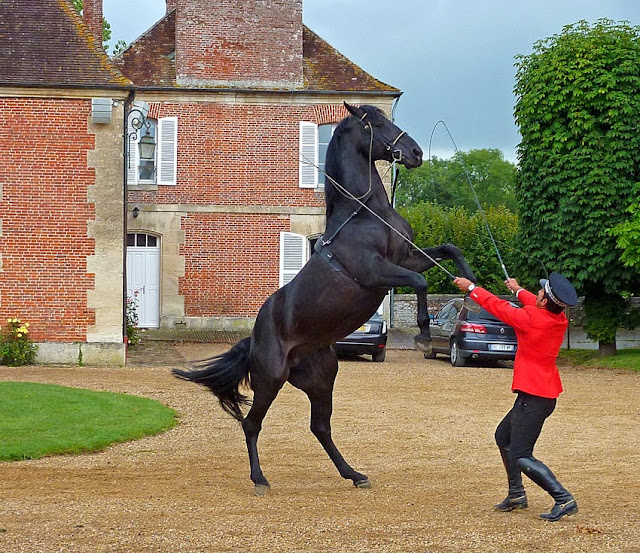 I was pretty happy to get the last picture. The horse obviously didn't stay in that pose very long, but he repeated the trick several times. My camera was so slow that I had to anticipate the animal's and trainer's movements and press the shutter release in advance.

Meanwhile, here in Saint-Aignan, it rained hard for most of the day yesterday. We forgot to put the rain gauge out in the morning so we'll never know exactly how much rain we got. No mater, what we do know is that « il a plu comme vache qui pisse » — it really came pouring down.

This morning the weather report says we are getting the remnants of Hurricane Katia. I think we've also had what was left of Irene and Lee. Rain is predicted again today, but not as much.
Posted by Ken Broadhurst at 07:20