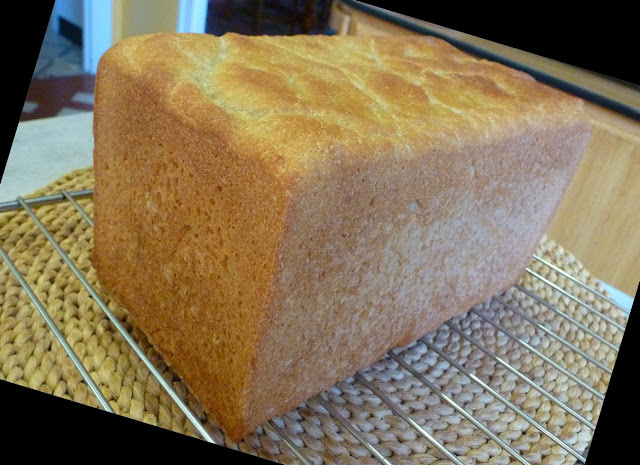 I'm still working out my pain de mie recipe. I made another "soft loaf" yesterday, and I'm getting closer to the desired result. Actually, I think I'm there. It was just a matter of finding the right amount of flour to use, and the right amount of yeast, to get the dough to rise enough to fill the lidded loaf pan completely. This time, I used 600 grams of flour — about 5 cups — and 11 grams of dry yeast — about 3 teaspoons. The yeast I'm using comes in 5.5 gram packets. 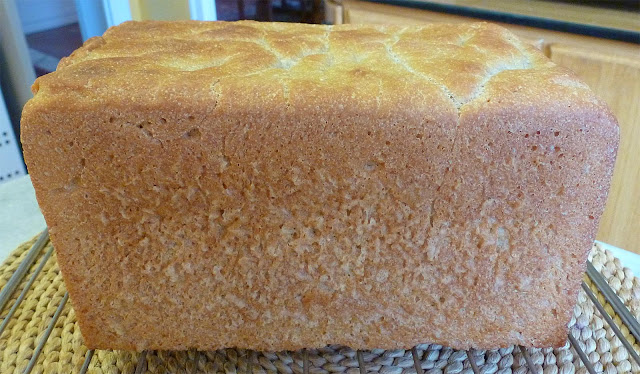 The other ingredients are salt and water. Optionally,  you can put in some sugar or honey and some vegetable oil or softened butter. I put in a good teaspoonful of salt. I put in a tablespoon of sugar this time, and about a tablespoon of sunflower oil. The flour mixture absorbed nearly 400 milliliters of warm water to form a soft, not-too-sticky dough. It rose very nicely for about 2 hours, in a big bowl, and more than doubled in volume. 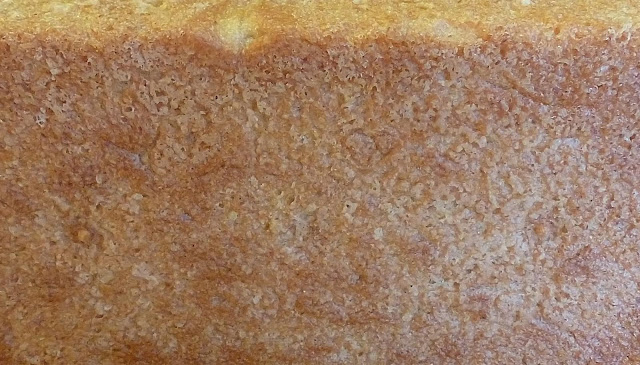 Then I punched it down and shaped it so that it fit the length and width of the loaf pan, which I had oiled lightly. I slid the lid on and let it rise again for about 90 minutes. And it filled the pan, touching the inside of the lid. At that point I put the pan in the oven at 175ºC (350ºF) for about 10 minutes, and then turned the temperature down to 160ºC (320ºF) and let the loaf bake for another 20 minutes. I'm using a convection oven, so in a classic oven you might want the temperatures a little higher. You have to experiment with it. For me, it's fun. 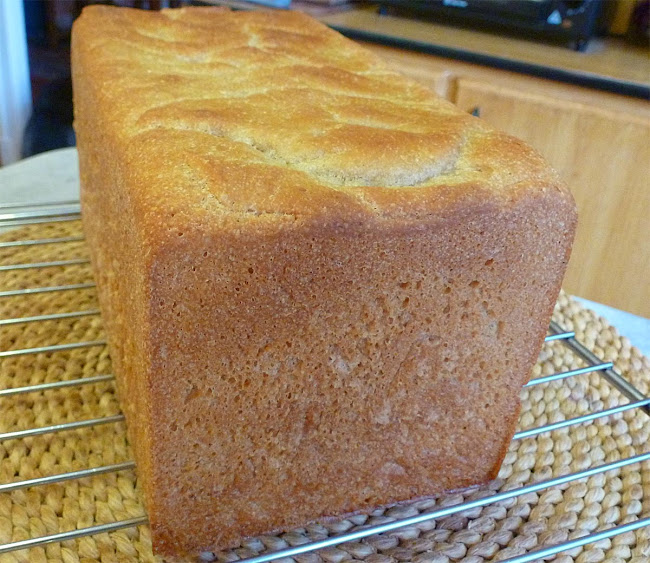 The goal with pain de mie is a compact loaf of bread that doesn't have much of a crust. French bakers used to make and sell pain de mie as a standard item, I think, but supermarket loaves have taken over the market. I've tried several brands, but haven't been thrilled with any of them. Some are too sweet. Some have a gummy mouth-feel. Some are just bland. I haven't sliced yesterday's loaf yet, so I don't know what the "crumb" or mie — the soft white inside of the bread — looks like. I'll be slicing the loaf this morning and making croque-monsieur sandwiches for lunch. That's the French version of a grilled ham-and-cheese sandwich. More about that later.
Posted by Ken Broadhurst at 06:30