Fog, but greens and reds too

Here's the view out the back window just a couple of days ago. You can see that there are still apples on the trees all around us. But the old stone shed out in the vineyard has almost disappeared into the fog. 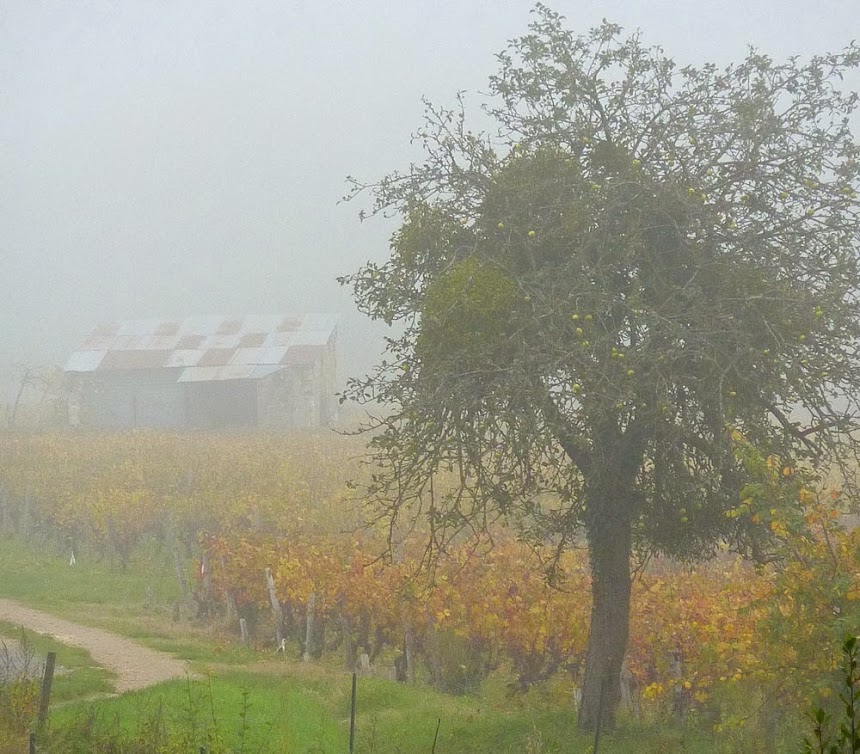 We've also had more rain and chillier temperatures, but no significant freeze or frost yet. Yesterday morning, it was raining so hard that Callie didn't want to go for her walk. We went outside and she did her morning business, but when I tried to get her to walk down the road she looked at me with a forlorn expression. 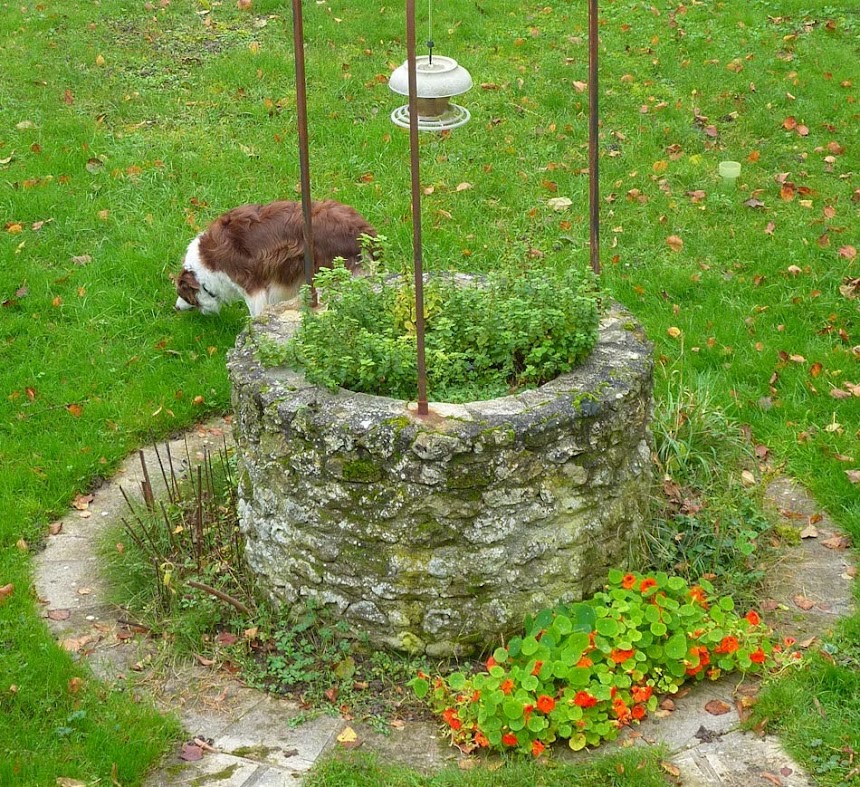 We just came back home, after five minutes in the rain. Rain means everything is green now, and there's a patch of grass that Callie enjoys nibbling on when she goes outside. See, we still have flowers, this late in November. Those are called capucines in French.

Walt posted a closeup view of some of these rows of red-leaved vines a few days ago.


My computer has been running fine since I opened it up and vacuumed it out yesterday morning. In fact, the noise was gone before I took the vacuum cleaner to it. I don't know what was wrong with it. Maybe it was just having a moan, as our English friends say. I expect the whining noise will come back sooner or later.
Posted by Ken Broadhurst at 07:30