I tried but it didn't work out. I told my friend Jean in England that I would try to save her at least one quince from this fall's crop. I was optimistic, but one by one the quinces, les coings, developed brown spots and had to be used before they rotted entirely away. (Here's a link to Jean's blog.) 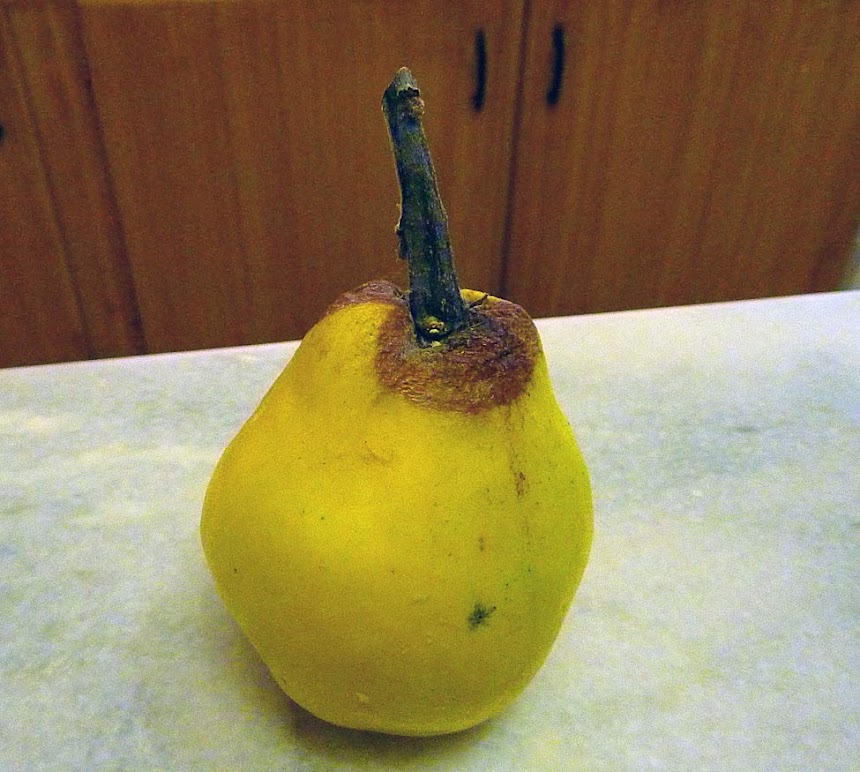 I noticed a couple of days ago that the last quince had developed a big brown bruise around its stem end. So it won't last until Christmas, which is when Jean and her husband Nick will be coming back to France. Sorry, Jean. 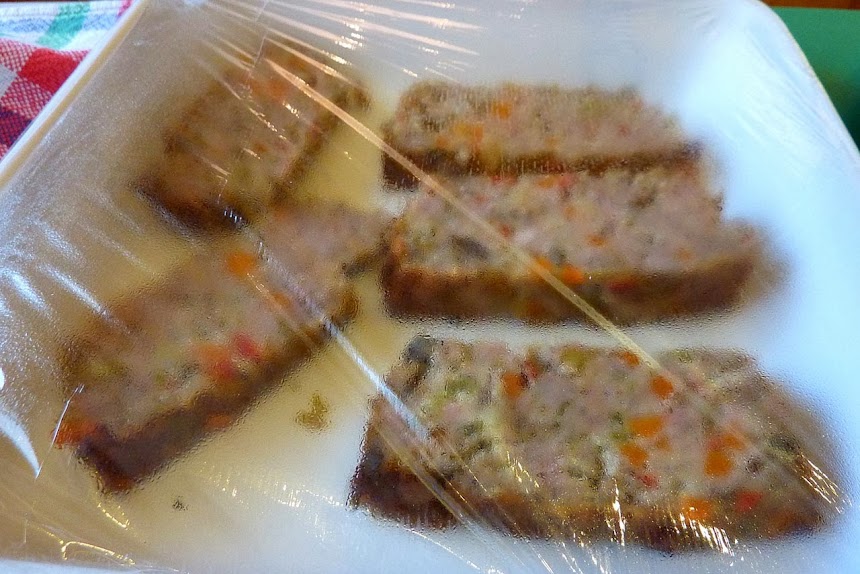 OhioFarmGirl, who blogs about her life on a farm and also comments on this blog, asked me if Walt and I really did have meatloaf sandwiches for lunch last Sunday. We did. I didn't take any pictures of the sandwiches, but I did take pictures of the beautiful buns, or petits pains, that Walt made. 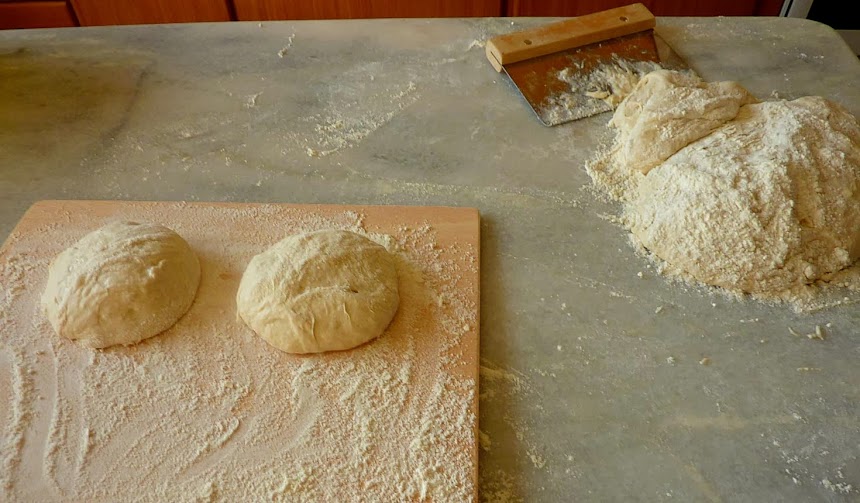 He made pizza dough, actually, following writer Jim Lahey's method. That means making a fairly wet, sticky dough with just a quarter-teaspoon of yeast and letting it rise at room temperature for 18 hours. The long rise or fermentation gives the resulting pizza crust or bread good flavor and texture. The dough needs no kneading. 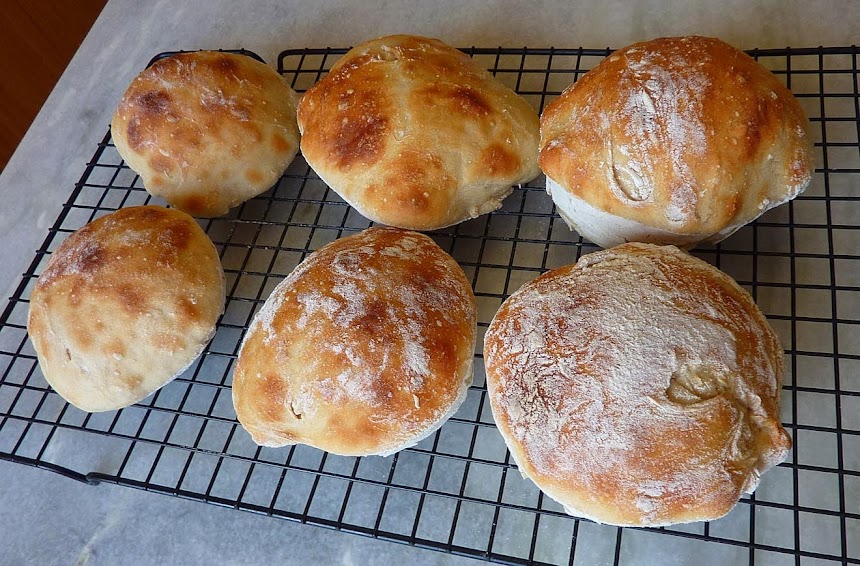 These petits pains were delicious, but we also really like the recipe I used to make hotdog buns a couple of weeks ago.That one has more yeast in it, and some egg. It rises for a shorter time and does require kneading (recipe and photos in this post). It wouldn't make pizza crust as good as Lahey's dough, but it does make good rolls or buns.
Posted by Ken Broadhurst at 07:45