In France, with gigot d'agneau you serve beans. Usually they are the little pale green flageolet beans, which are the beans inside haricots verts when you let the haricots verts grow big. That's what we had with our gigot, along with some haricots verts mixed in for appearance. I didn't take pictures of those, but you can see them in the background on the last photo I posted yesterday. 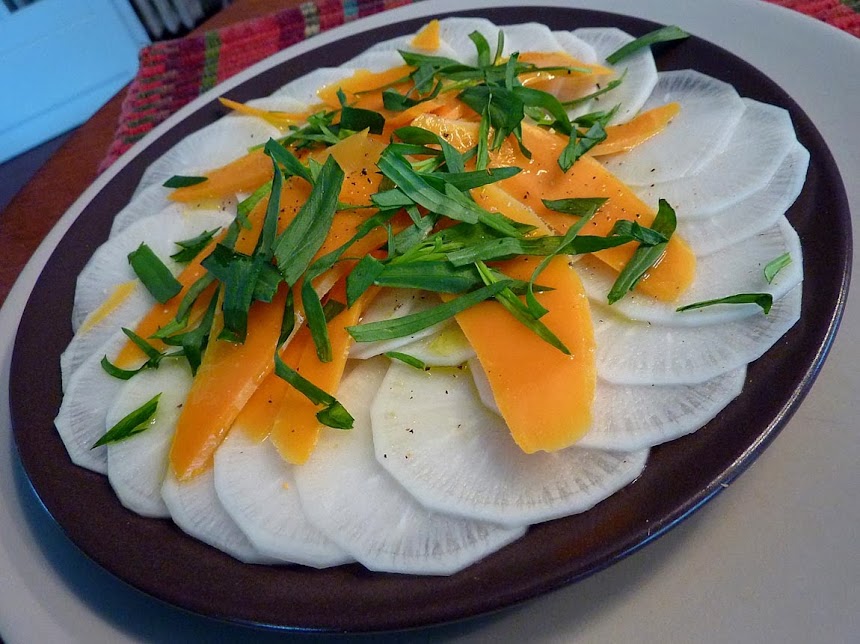 As a first course, Walt made a salad that he's been making once or twice a year for a while now. It's a radis noir, a black or Spanish radish, peeled and sliced super thin on a kitchen mandolin. And it's the cheese called Mimolette, also sliced thin and arranged on top of the radish slices. The herb is tarragon (estragon) this time; sometimes it's chervil (cerfeuil). The dressing is just a little white wine vinegar and EVOO. I couldn't resist that abbreviation, which I think is funny. I guess you can figure out what it means. 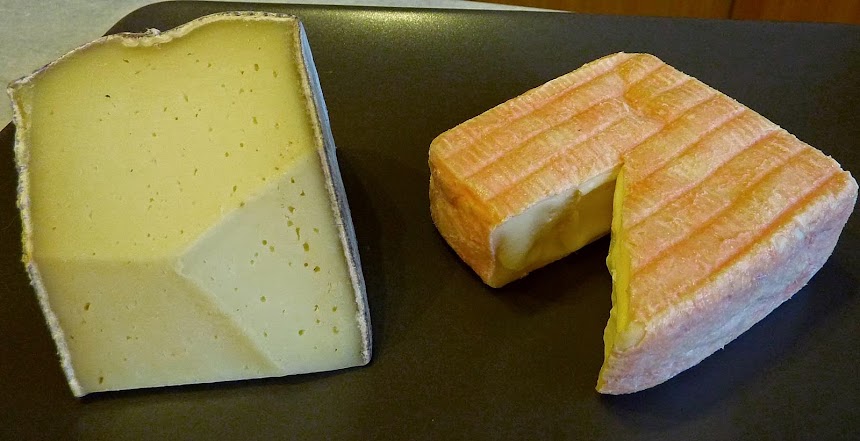 We had a light cheese course after the lamb. We had a Tomme de Domessin — Domessin is a village in the Savoie region, in the Alps. And we had a Maroilles, which is a cheese from the north of France that people find especially stinky. I like it. The Maroilles (pronounced [mahr-WAHL]) is the orangey soft cheese on the right in the photo above. 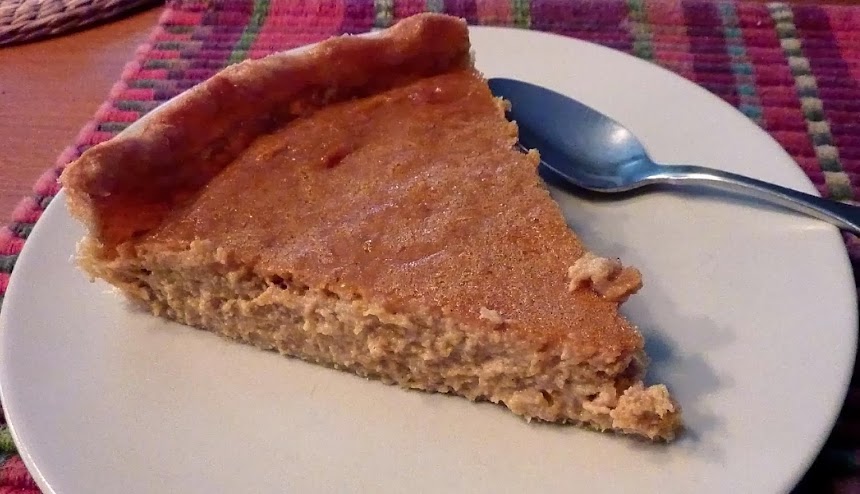 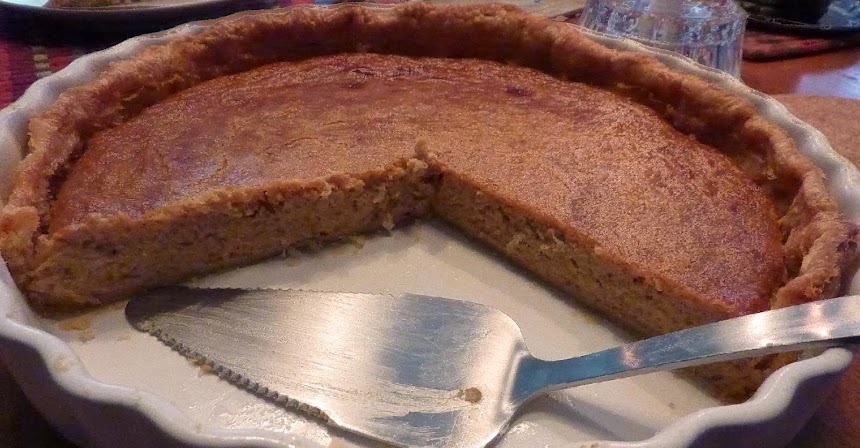 For dessert, we had Walt's version of U.S. pumpkin pie. He makes it with his own buttery crust, of course, and a filling of pureed or at least mashed pumpkin or squash pulp, flavored slightly with the typical anglo-saxon spices (cinnamon, nutmeg, ginger, cloves, cardamom) but in very small quantities so that the spices aren't overpowering. He also reduces the amount of sugar. This year, we had a bumper crop of winter squashes in the garden, so he used the flesh of half a spaghetti squash and that of half a butternut squash. It makes a nice tart (we call it a pie in America, but it doesn't have a top crust like apple pies and others do).