The temperature this morning is a mere 1ºC, or about 34ºF. That's the coldest temperature we've had in many many months. To prepare, I've now brought in all the big potted plants — aloe, jade, agave, etc. — that spent the summer and fall outdoors. We haven't had snow, but the region around Lyon has as much as 6 or 8 inches on the ground. 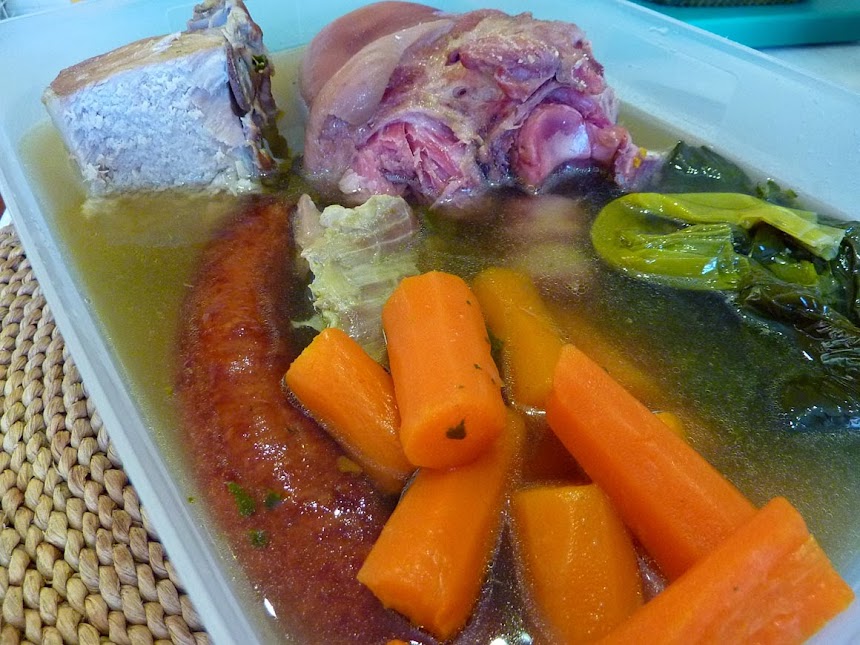 A potée of pork and winter vegetables


And to fortify myself, today I'm making soup. I said a few days ago that we were having a potée — a big boiled dinner of vegetables and pork. I haven't blogged about it since, so I'm putting a couple of pictures here. 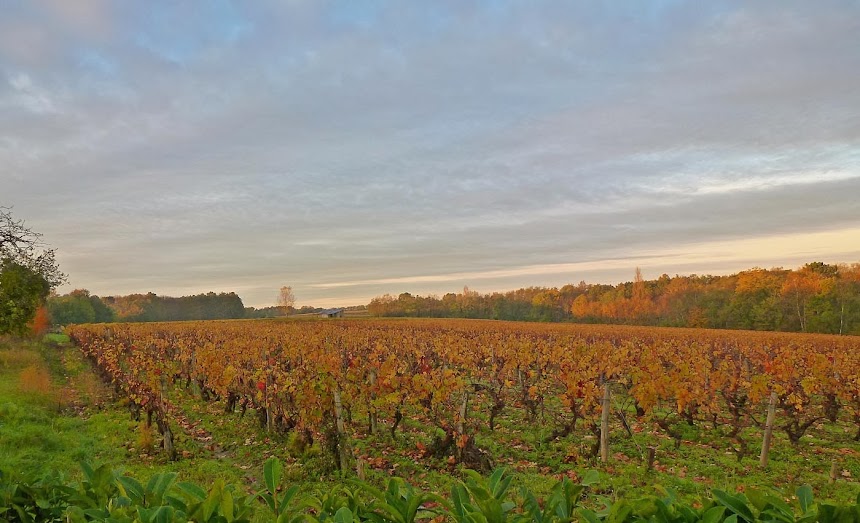 The view last week over the back hedge at La Renaudière, outside Saint-Aignan in the Loire Valley


The vegetables that went into the potée were collard greens and kale, onions, carrots, leeks, and potatoes. The meats were a salt-cured pork shank, a fresh pork loin roast, and a couple of smoked Montbéliard sausages from eastern France. Herbs like parsley, coriander, and bay leaves lent flavor, along with some garlic cloves and some clous de girofle (cloves), plus black peppercorns. And the cooking liquid was chicken broth left over from poaching a bird a few days earlier. 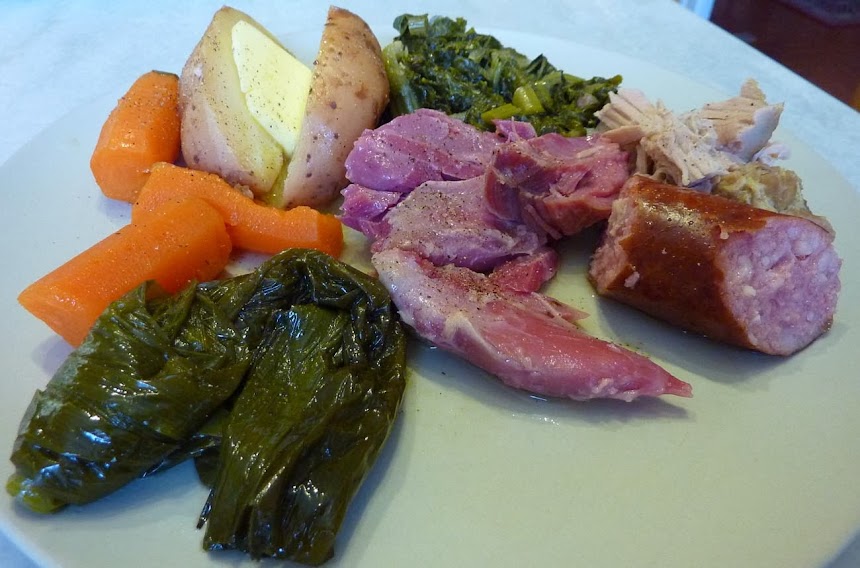 
We've had two meals of potée since Saturday. There's still some left, and that's what I will make into soup today. I'll spent a little time dicing up all the leftover vegetables and meats, and then heat them up in the potée broth, which is pretty richly flavored at this point. That should warm us up despite the chilly temperatures outdoors. 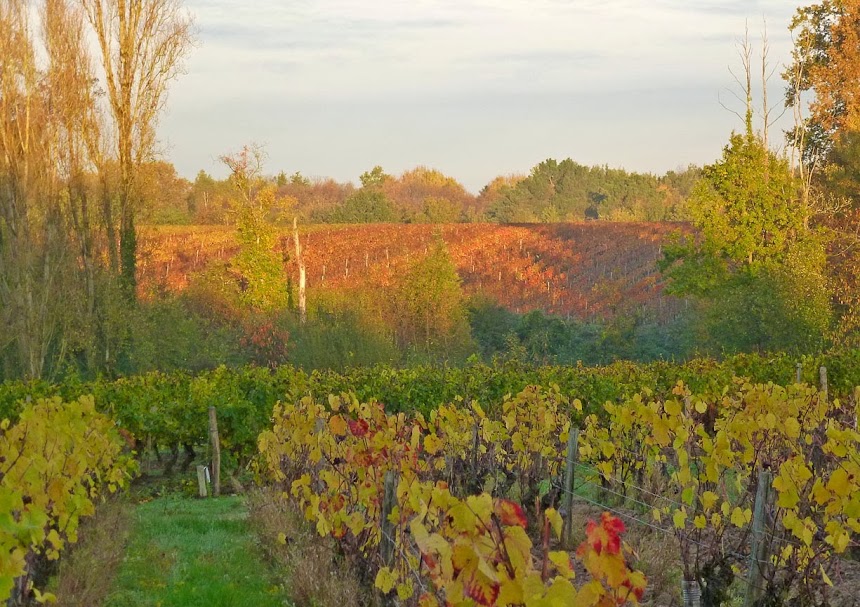 Peaceful daily walks around the vineyard with Callie have replaced the long commutes
and endless traffic jams that I had to deal with back in the 1990s.


My father died 23 years ago, in November 1990, at the ripe old age of 64. He and I were both born in March. That means I have officially outlived him now, because I turned 64 last spring. Was quitting work, selling everything in California, and moving to France the right thing to do, from today's perspective? It was. I wonder what the state my health would be if I were still in California, fighting the traffic, the noise, the cypress pollen, and the work stress.
Posted by Ken Broadhurst at 07:30