Winter squash, choucroute, and now collard greens and kale. Oh, not to mention pumpkin cakes and apple tarts. It's definitely autumn. I started harvesting greens yesterday, cutting about two pounds of the nicest leaves but leaving the plants in the ground for now. Most years, collards and kale can over-winter in the garden here in the Saint-Aignan area. 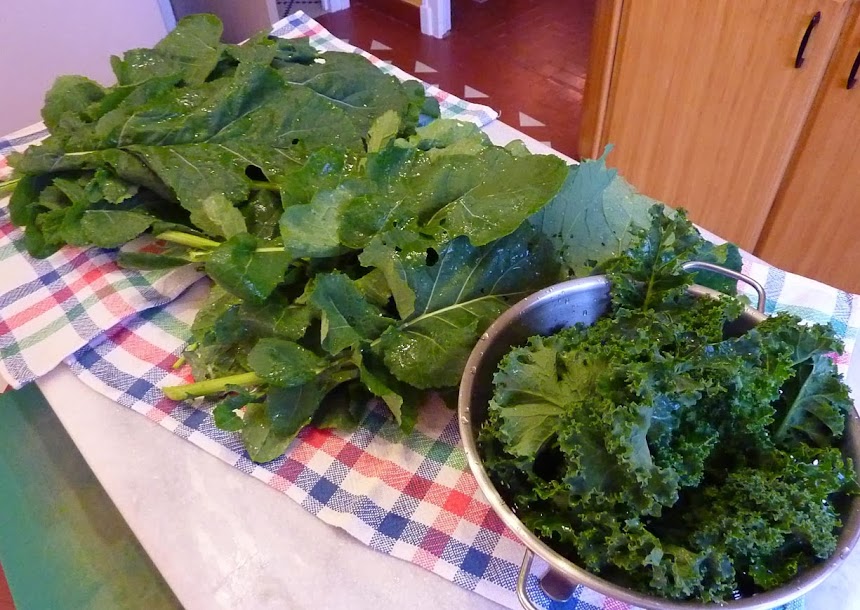 Kale on the right, collard greens on the left, from our autumn vegetable garden


Today I'm going to make a potée, after my own fashion. The Robert-Collins dictionary says that's called a "hotpot (of pork and cabbage)" in English. In my American dialect, we don't have that term, as far as I know. It's probably where "hodgepodge" came from. Just put everything in the pot and cook it. 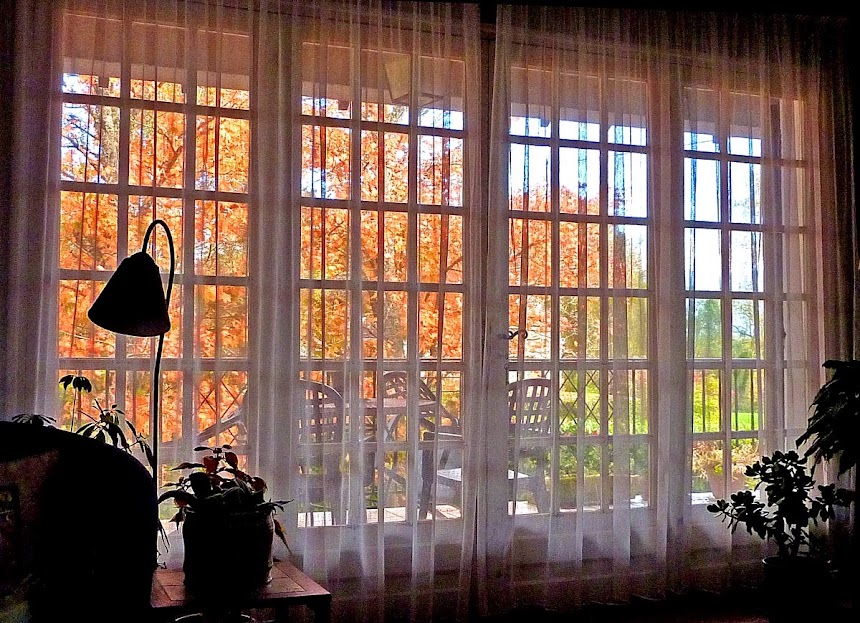 The current view from our living room


A potée is a boiled dinner including salt-cured or smoked pork and sausages, cabbage, carrots, onions, leeks, and potatoes. The ingredient list is not written in stone. I'm going to use all of the above, but collard greens and kale instead of cabbage. I'll use that nice chicken broth I made a few days ago, when I poached a chicken, as the cooking liquid. 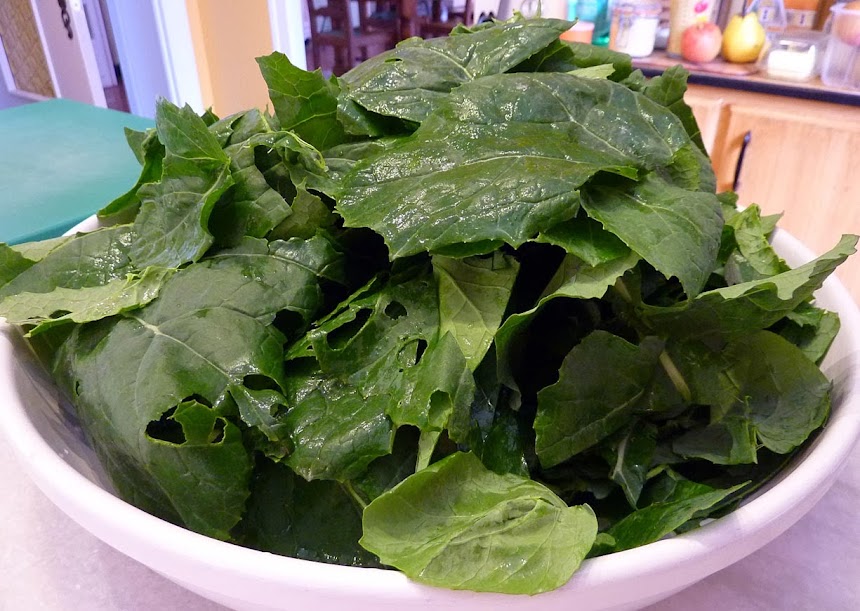 
Many French regions, including Burgundy and Champagne, have their own special recipe for potée. Here's a link to a recipe and some nice photos of a potée auvergnate — l'Auvergne is in the central French mountains. In other regions — la Lorraine in the east, for example — people put white beans in their potée. Turnips, rutabagas, and celery, stalks or root, often show up too. 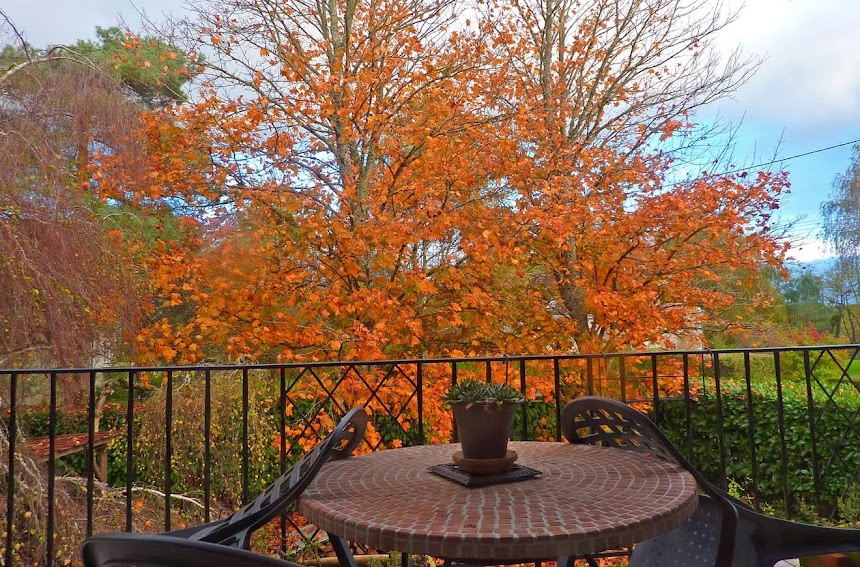 Maple trees putting on their autumn show off the front terrace


My potée today will be an américano-tourangelle version I guess, with American greens grown in my garden here in Touraine. Walt just got up and he said that when he pulled up the blinds on the Velux skylight windows upstairs, there was ice on them. It's a good day for a big hot pot of comforting potée, for sure.
Posted by Ken Broadhurst at 07:45