I went to the local Intermarché supermarket's butcher counter and ordered a boned, rolled, and tied leg of lamb — un gigot d'agneau préparé en rôti — for our Thanksgiving dinner. We've been having lamb for Thanksgiving for many years now, because big feasts of turkey or other poultry in late November and again in late December got to be a little to much.

Mr Charles, c'est moi. It's the name I use when I place an order or make a restaurant reservation here.


Besides, for just the two of us, and most of the time it's just us, a leg of lamb is a real special-occasion dish, un repas de fête. We only cook one once a year. Then we have leftovers for days, the way you do when you cook a turkey for two. The lamb here is very good, of course. This boneless roast weighed 2.3 kg / 5 lbs. 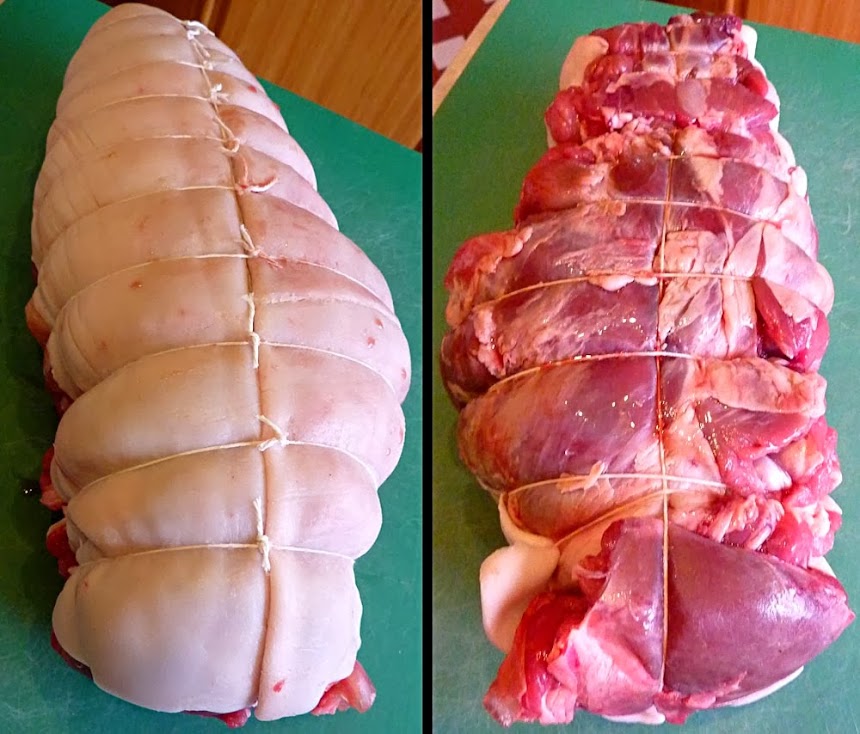 The roast was boned, rolled, and tied. It was bardé on the top side.


Now I'll have to contradict myself. The gigot that the butcher prepared for me was so big that we ended up cutting it in half. We cooked one piece and we put the other piece in the freezer for later. We did the same thing a year or two ago when we got a very large lamb roast from the same butcher. Last year, we had company for Thanksgiving dinner so we cooked the whole roast. 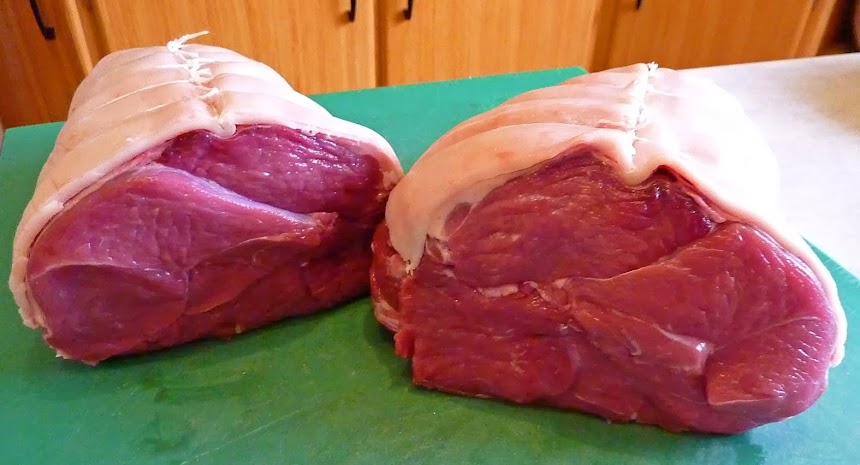 The roast was so big that we decided to cut it in half and freeze one half for later.


We cooked the lamb pretty simply. I just sprinkled it with some dried thyme, salt, black pepper, and cayenne pepper. I put it in a baking dish and put three or four unpeeled garlic cloves around it. Then I put it in a 220ºC / 425ºF oven for about 45 minutes, checking its internal temperature with an instant-read thermometer every few minutes toward the end. 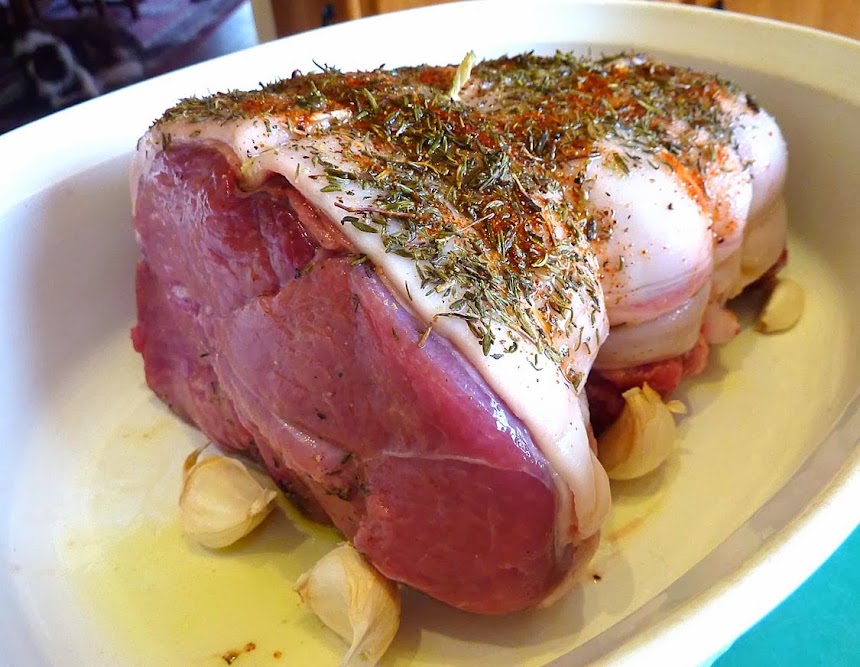 The roast ready for the oven...


We didn't want the lamb to be too rare, but we really didn't want it too well-done. I took the roast out of the oven when the internal temperature had reached 65ºC / 150ºF. Then Walt covered it with foil and a kitchen towel to let it rest for 20 minutes while we had our first course. That lets the heat distribute itself evenly through the roast. Ours still came out fairly rare. 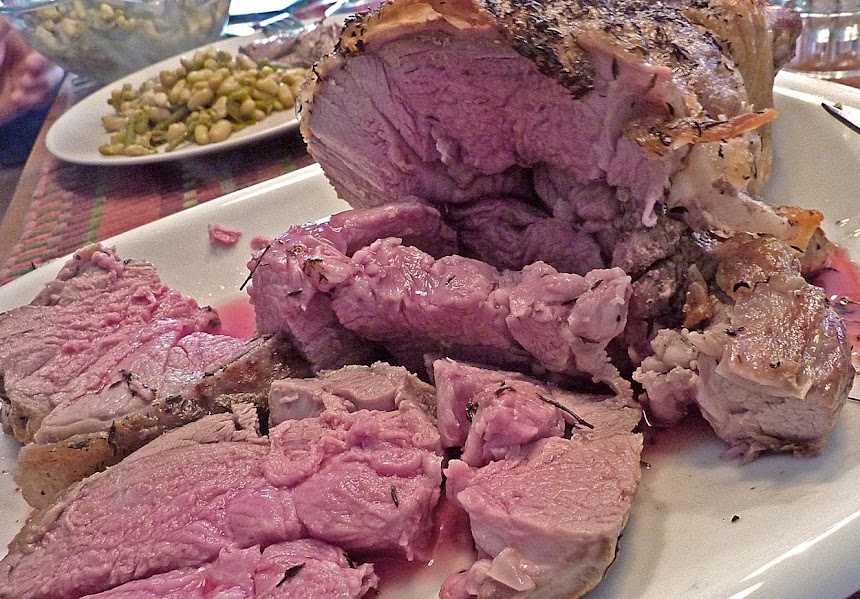 I'm not sure I did a very good job of carving the lamb, but it was delicious anyway.


And that's okay, because it was delicious yesterday. We can cook the rarest pieces of the roast just a little more when we have them for lunch again today, after a shopping trip to Tours this morning. Then tomorrow we'll have cold lamb with boiled potatoes and some home-made mayonnaise à l'estragon, along with a green salad.
Posted by Ken Broadhurst at 08:00