The volunteers were from plants that had hybridized, I guess, because they were basically yellow but with green ends on them. They were shaped like zucchini. They grew very big, and we assumed they were too big to be edible. They seemed to have become gourds. Until we tried one... 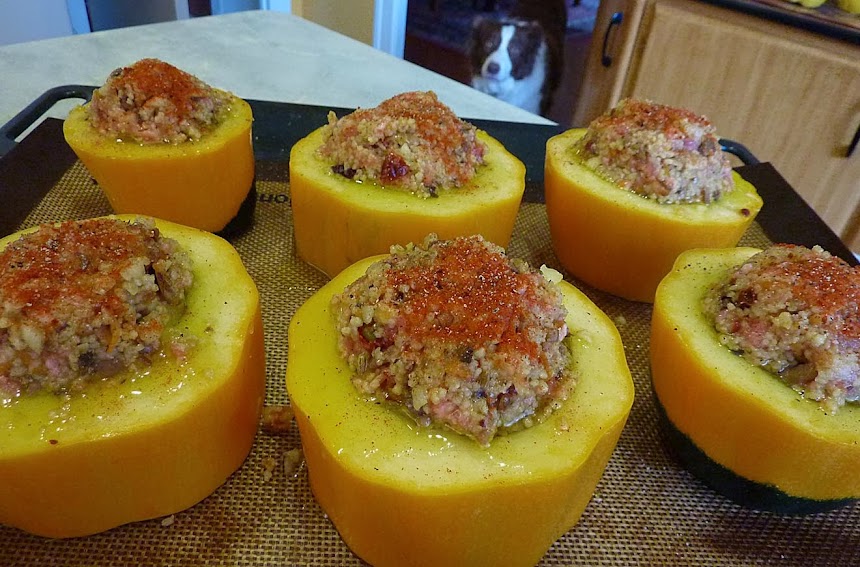 Callie was pretty interested in what I was doing — getting the rings ready for the oven.


Yesterday I cooked the last big hybrid summer/winter (autumn?) squash according to an idea that I got from Ms. Lemon's cooking blog, here. Ms. Lemon lives in Southern California, I believe. I don't know her but I'm happy to have found her blog when she left a comment on my recent post about Jacques Pépin.


What you do is cut the long sausage-shaped squash — a summer or winter variety — into 2-inch (5 cm) thick slices. You then use a knife or spoon to remove the seeds and pulp at the core of each ring, hollowing it out so that you can put stuffing in the hole. Lay the rigs on one of the cut sides, and then fill them with stuffing. 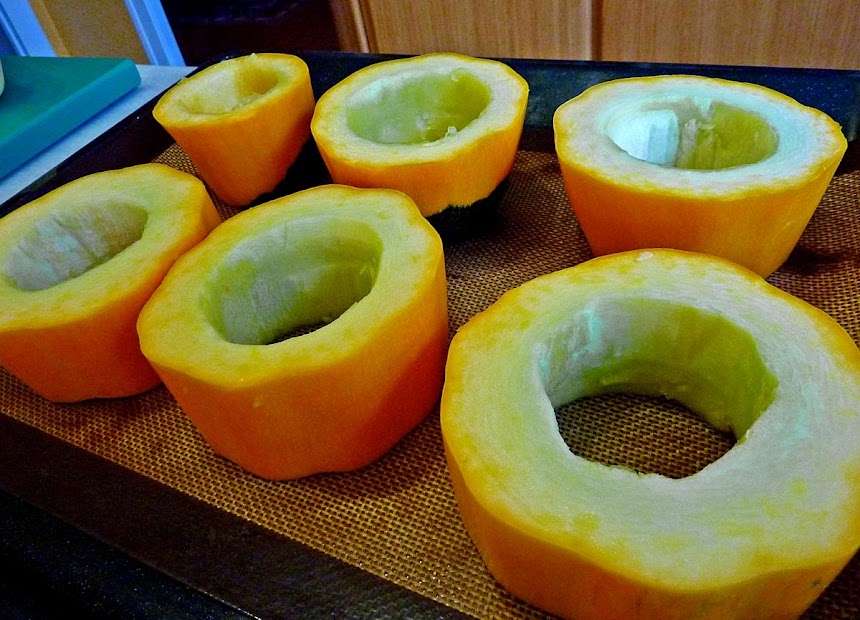 I didn't know how much stuffing I would need but it worked out. I mounded the stuffing up and used it all to fill the six squash rings I had made. The ingredients were:

Put the couscous in a 2-cup measure or large bowl and pour on the hot water. The couscous will absorb all the water and become light and fluffy. It's the base of the stuffing. 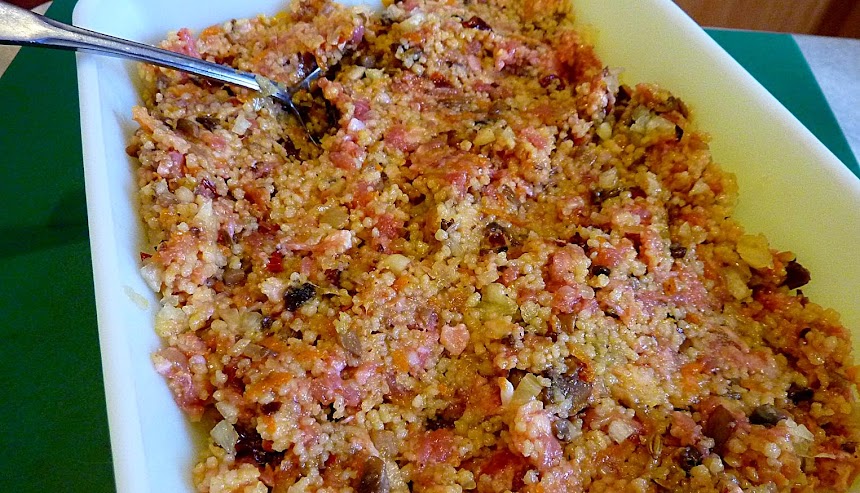 Sauté the carrot, onion, garlic, mushrooms, dried tomato, and spices (your choice of spices, really). Let that mixture cool and then mix it with the re-hydrated couscous and the ground meat. Add the eggs and mush everything together well, seasoning the stuffing to taste with salt and pepper. 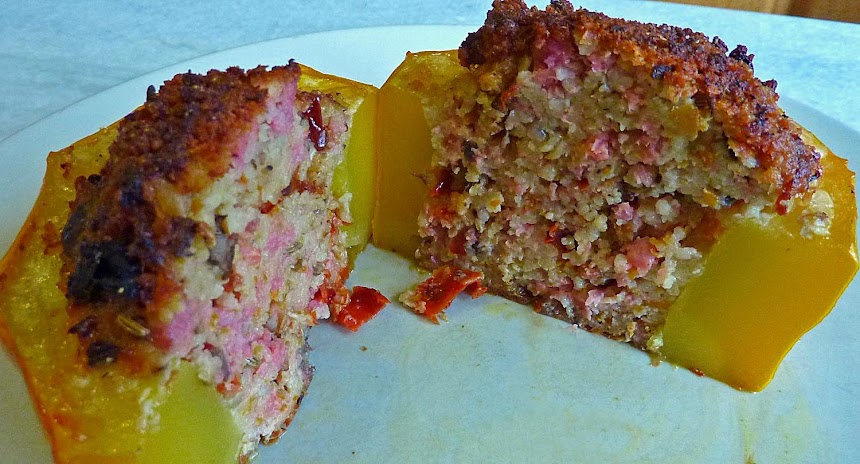