I was out on the deck, continuing to figure out what I'm going to do with all these potted plants, when I heard Bertie meowing. I looked for him and then realized he was down below, sitting in the sun on a pile of fallen leaves. I hope he was enjoying the sunshine, even though the air was downright cold. Maybe his black coat soaks up the heat of the sun. 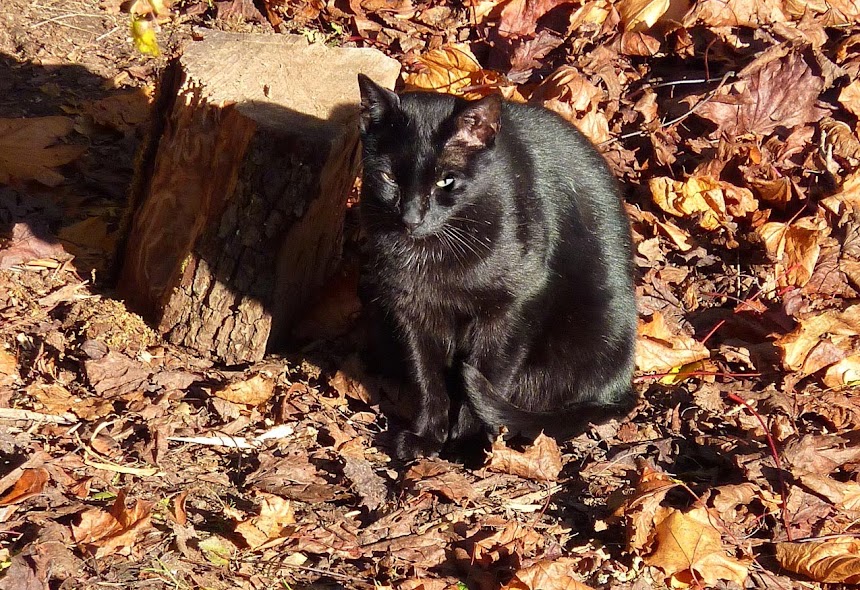 Bertie will be eight years old next spring. He has definitely settled in here since 2010, but I don't think he is happy about there being so few people in the neighborhood these days. In fact, there are exactly five of us, occupying three houses out of the nine in the hamlet. Bertie loves people, and would love Callie the collie if she would let him, I'm sure. She won't. 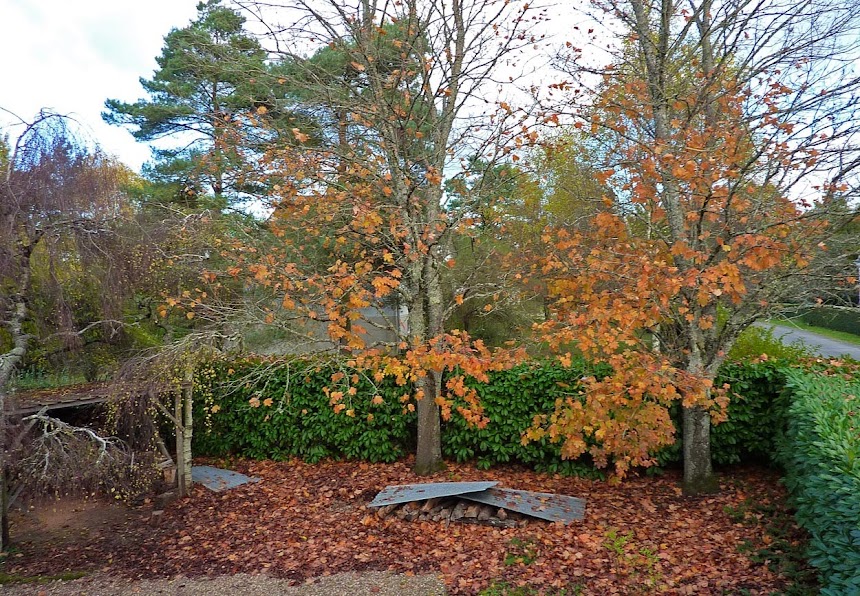 Almost all the leaves are off the two big maple trees out front now. Soon it will be time to go rake them all up. Luckily, we're supposed to have several dry sunny days this week. It's cold, but not yet down to freezing on any regular basis. Walt wants to mow the yard one more time. Other parts of France, down toward Lyon and in the Massif Central and Alps, have already had significant snowfalls.

I'm trying to figure out which of my potted plants can survive a winter outdoors, and which ones must absolutely be brought indoors if I want to keep them. This exercise almost makes me miss San Francisco, where I could leave nearly all the potted plants outdoors all winter, because the temperature never dipped below 5ºC / 40ºF.
Posted by Ken Broadhurst at 07:30