After we go out the back gate, Callie the collie has her own special view of the vineyard. Here it is, in more or less a dog's-eye view. Yesterday, in fact. They say dogs are color-blind. C'est dommage. 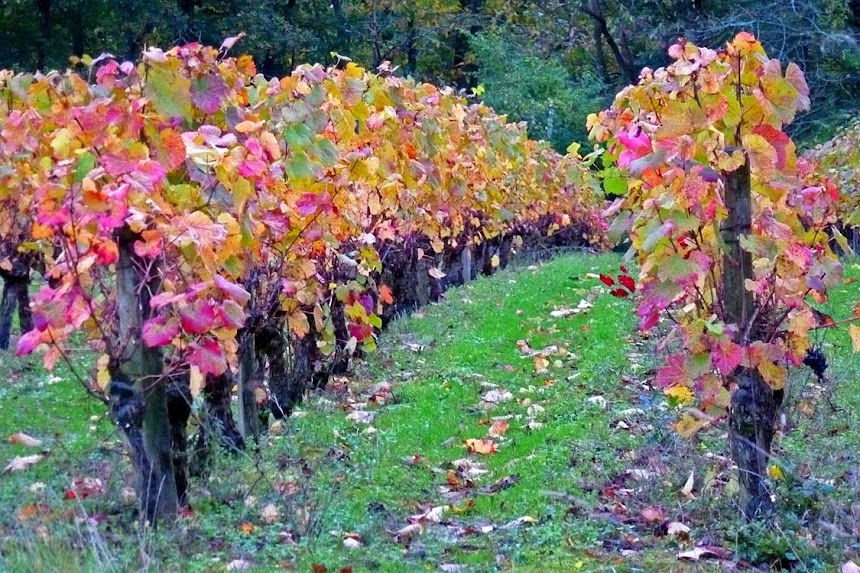 Dog's aren't really supposed to eat grapes, but Callie often nibbles on a few along the way. I don't know how to keep her from doing it — she's pretty sneaky about it. The grapes in the photo below are stragglers. They got left behind when the other grapes were harvested in October. 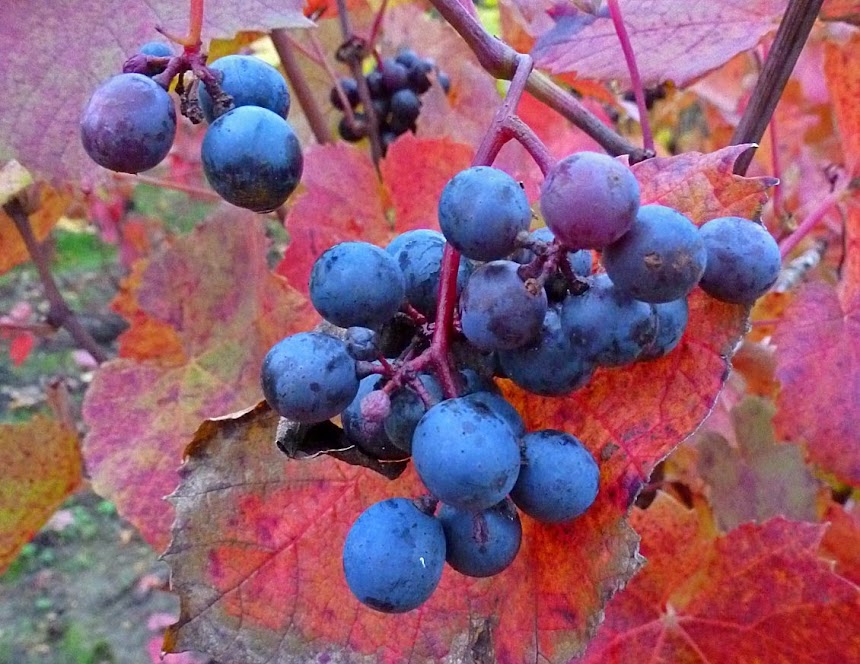 Callie often brings home a vine trunk that she finds lying on the ground in the vineyard. Here she is with yesterday's. We don't know why she started bringing pieces of wood home. We didn't teach her to do it. Maybe she thinks she's performing a valuable service — earning her keep.

After we go out to the end of the gravel road, which is a mile from our house, Callie's ready to come back home. The dog's territory seems to be fairly well defined. She's not interested in going any farther.

Here's home — chez nous. Ours is the more modern house in the center of the picture, with the big cedar tree in the yard and the garden shed with its old shutters. Nearly 11 years have passed since we first laid eyes on the hamlet called La Renaudière and the house we ended up retiring to.
Posted by Ken Broadhurst at 07:30