I posted about this a while back, but I had modified the recipe significantly. I made this tajine just with winter squash, onions, raisins, and spices, with a touch of honey (optional). The recipe comes from a little book called simply Tajines, published by Hachette in 2005 and written by Ghislaine Danan-Bénady. 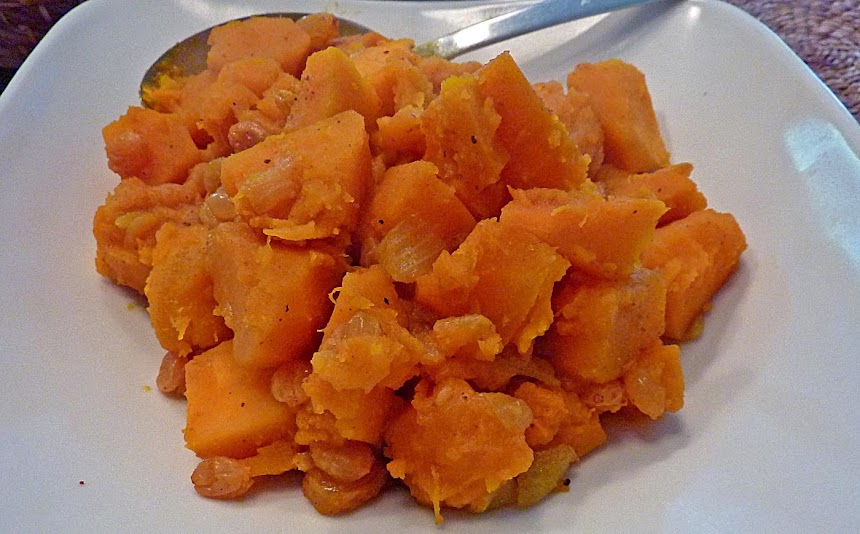 We have had a huge harvest of winter squashes this fall. For this recipe, I used a 'buttercup' squash, but a butternut would be similar, or some pumpkin, or even sweet potatoes.The hardest part of preparing the tajine is cutting up and peeling the vegetables. A tajine is a kind of Moroccan curry, by the way.

Here's the recipe, in my translation: 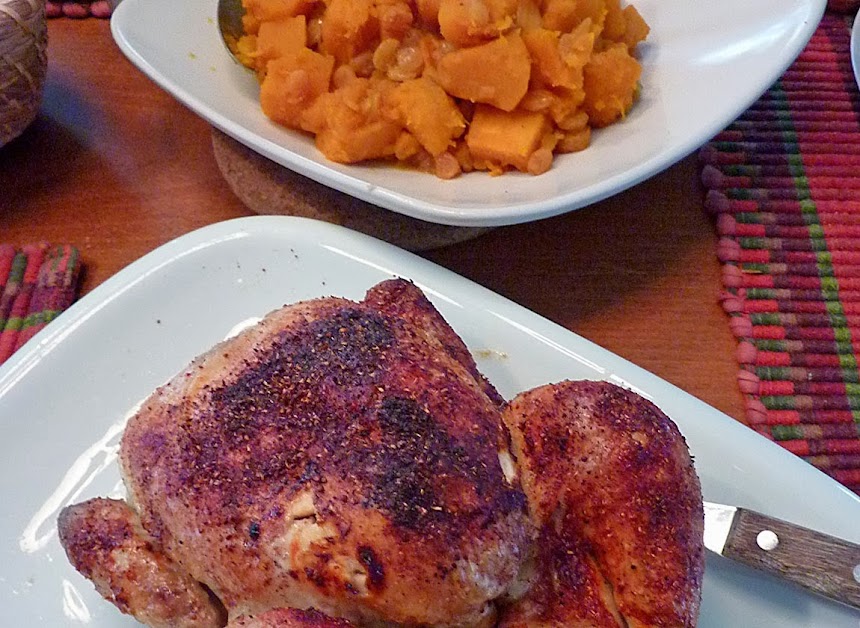 Tajine of pumpkin with onions and raisins

Put the raisins to soak in just enough cold water to cover them for 15 minutes. Meanwhile, peel and chop the onions.

In a tablepoon or two of olive oil in a pan, put the onions on low heat to slowly cook and melt down with the spices and the honey. Cover the pan and leave it on very low heat for 15 to 20 minutes.

Cut up and peel the pumpkin, squash, or sweet potato. Cut everything into 1-inch cubes. Put the pumpkin cubes into the pan with the onions and add the raisins and the soaking water. Add more water as necessary. Stir everything together and set the pan on medium heat, covered, for 20 to 30 minutes, until the pumpkin cubes are tender and cooked through. Serve. 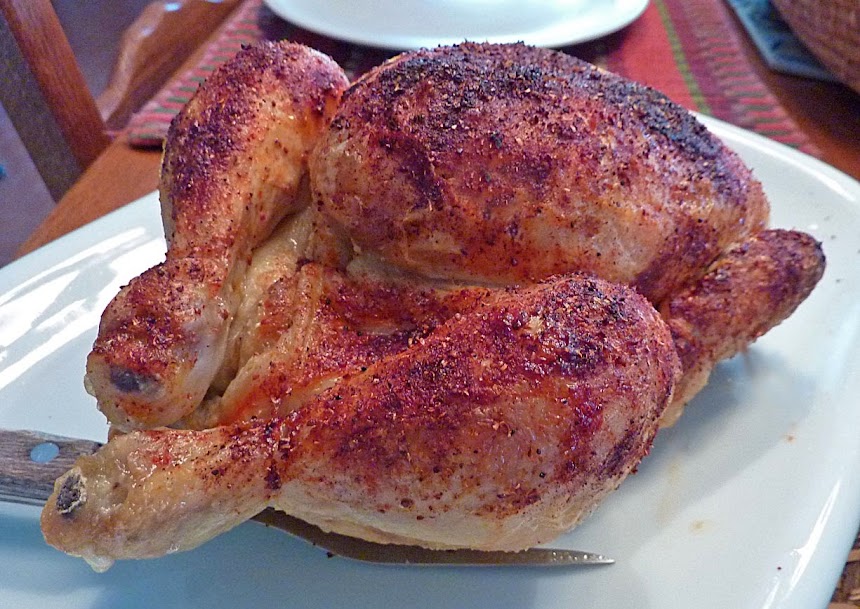 To go with the pumpkin tajine yesterday, I cooked a whole chicken. I poached it, which is a very nice way to prepare a chicken (or any poultry) so that the meat is tender and juicy. Put the chicken into a large pot of simmering water or broth and let it cook at a low simmer for an hour. I stuffed some garlic cloves and celery leaves into this one, and I added salt and black peppercorns to the poaching liquid.

When the chicken was cooked, I took it out of the liquid (which is now a nice chicken broth) and set it in a roasting dish to brown it in the oven. I sprinkled red tandoori curry powder over it, along with salt and pepper, and then browned it in a hot oven for about 20 minutes. Deliciously tender inside and nicely crispy on the outside, it was really good.
Posted by Ken Broadhurst at 07:45