What's going on in the kitchen? Well, I wanted a meatloaf and Walt wanted some split pea soup. We made both. Not on the same day. First the meatloaf. We'd gone shopping over in Selles-sur-Cher, 10 miles east from Saint-Aignan, last week. There's a relatively new supermarket over there that we wanted to check out. 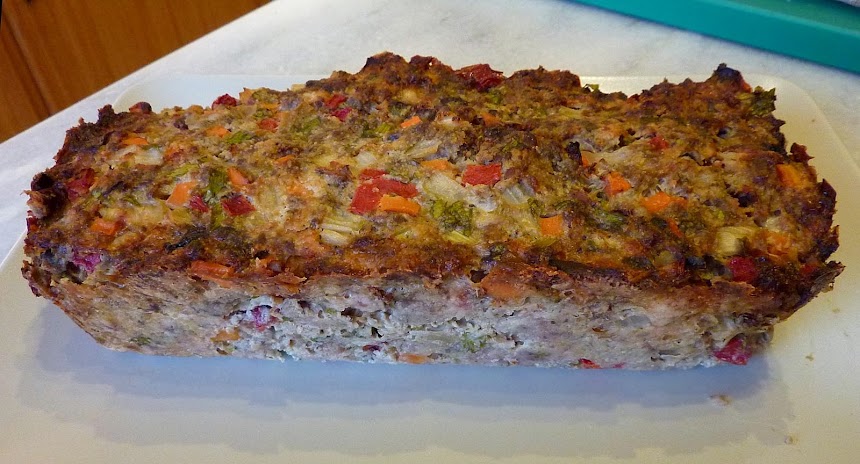 It turns out that it's a Belgian chain, or the French subsidiary of a Belgian chain. The name of the chain of supermarkets is Colruyt. (Maybe somebody from Belgium can tell me how to pronounce that.) We were impressed with the cleanliness and organization of the store. And the produce prices were amazingly low. A big stalk of celery, for example, for 99 cents. The same thing at the SuperU in Selles was 2.69 euros. That's just one example. 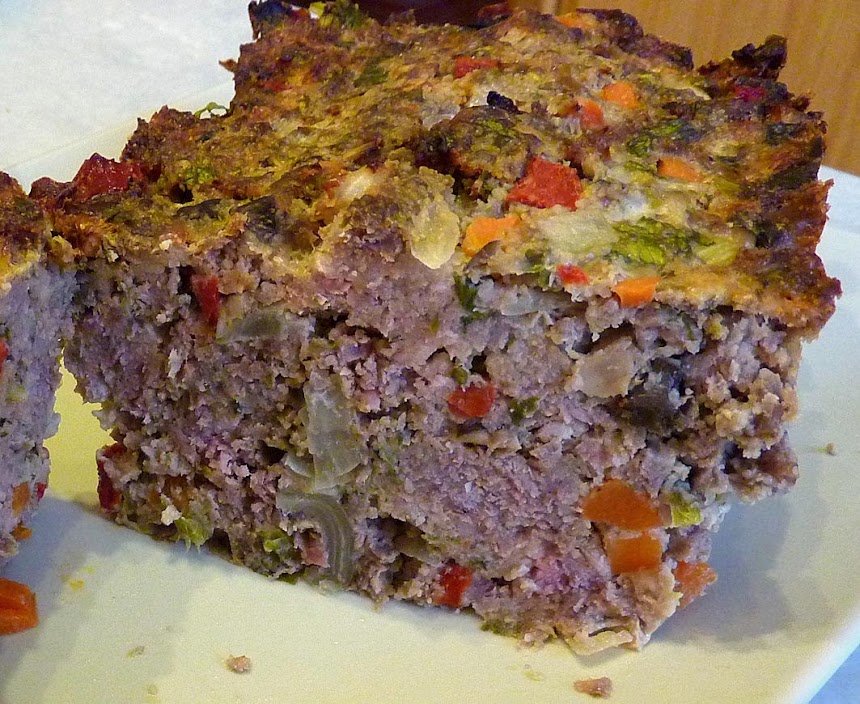 We bought beef at Colruyt too — the butcher counter was well stocked and the meats beautifully displayed. We will return. 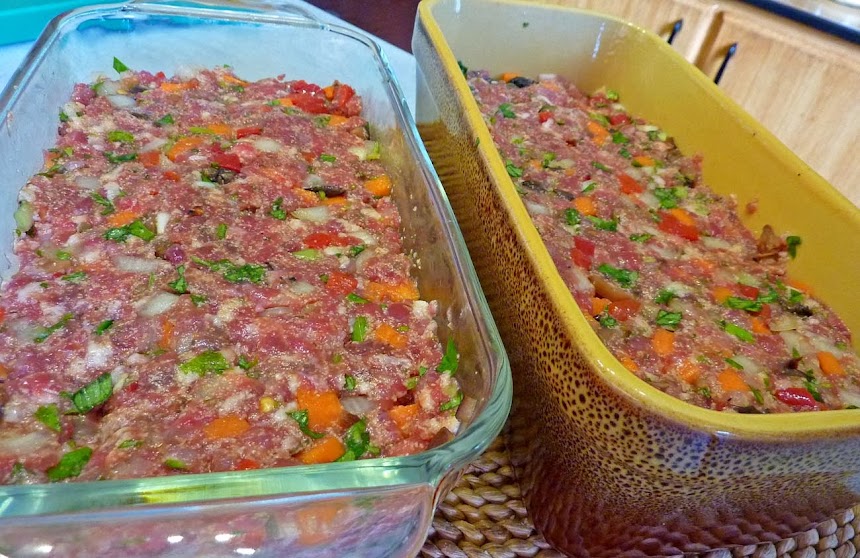 I don't really have a recipe for the meatloaf. C'est une sorte de terrine ou pâté qu'on peut manger chaud ou froid. I finely diced up some carrot, onion, roasted red pepper, celery, and mushrooms. I mixed all that with a couple of pounds of ground beef, with just a little pork added in. I put in three eggs and some herbs and spices, and I made two meatloaves, one to eat and one to freeze for later. Today we're having meatloaf sandwiches for lunch, on homemade buns. 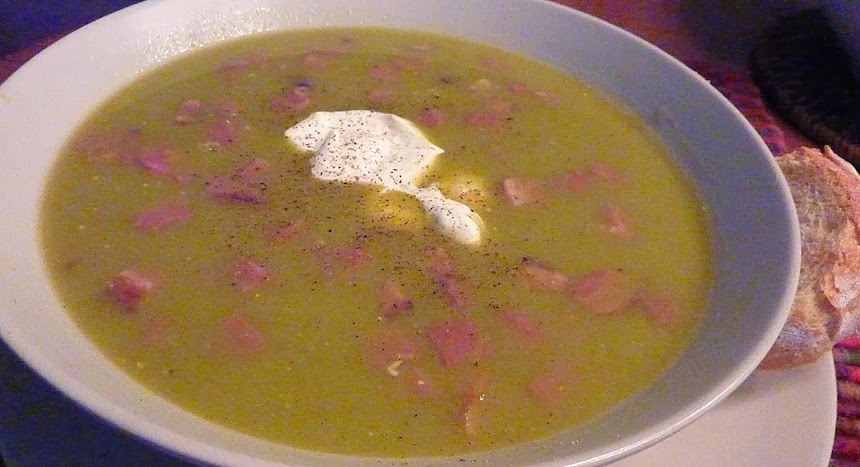 The soupe de pois cassés was even easier and more free-form. First of all, we had a liter of well-flavored broth left over from that potée I cooked last week. And we had the split peas. All we had to do was boil the peas in the broth until they were done, and then season it all with salt and pepper. I added three peeled garlic cloves to the pot. 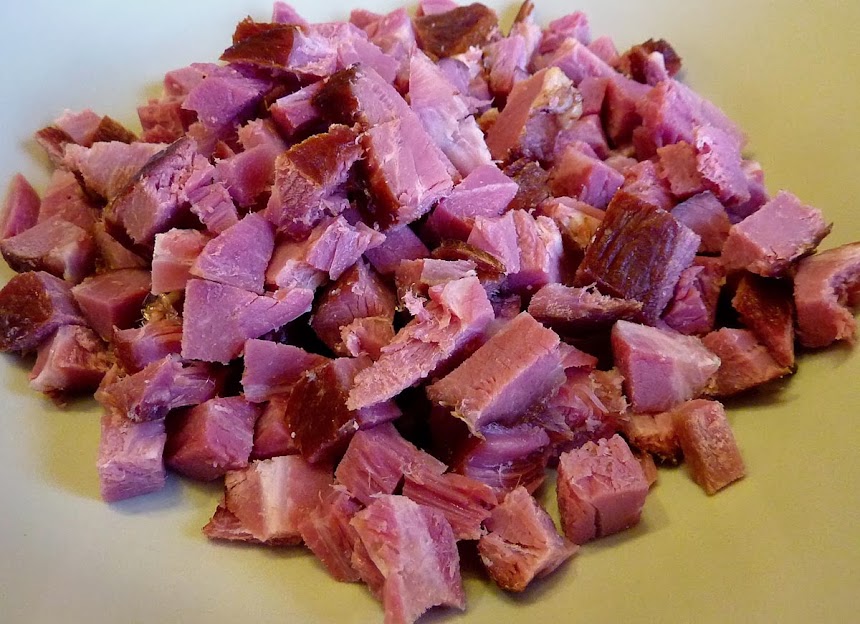 We also bought a piece of smoked pork, at SuperU. The cut is called the palette, which is a shoulder-blade roast, which you might cook as part of a potée or a choucroute garnie. To prepare it, you soak it in cold water for 24 hours in the refrigerator, and then you throw out that water, cover the palette with fresh cold water, bring it to a simmer, and cook it for an hour or more. A couple of bay leaves, some black peppercorns, and two or three cloves (clous de girofle) are good in the cooking liquid.


Once the palette is cooked and cooled, dice up some of the meat and add it to the pea soup at the last minute. Serve with a spoonful of crème fraîche. 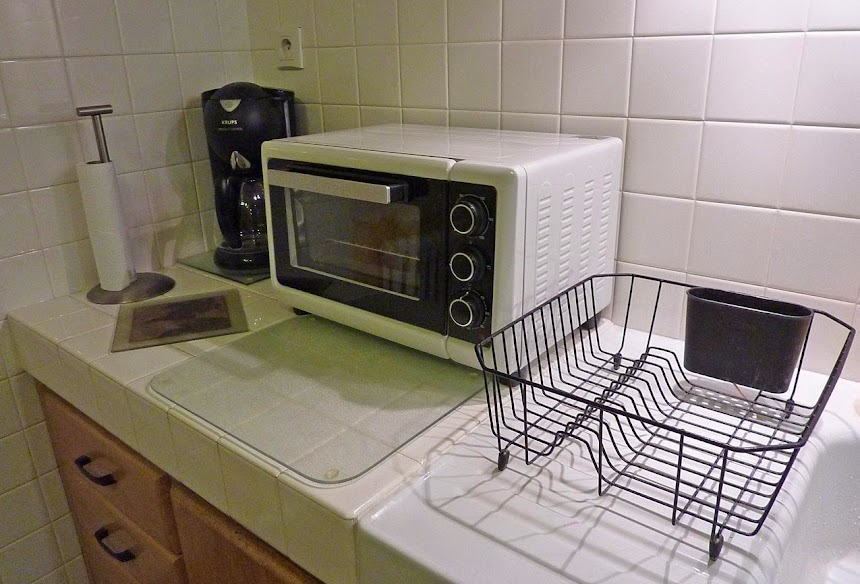 At SuperU in Selles, we came across a good-looking countertop oven. We'd been thinking of getting one, to replace a decrepit toaster oven that we were tired of looking at. On an impulse, we bought the SuperU oven, a Brandt model. The price was right. I know it's early, but Merry Christmas to us.
Posted by Ken Broadhurst at 07:55