The hamlet we live in, just three kilometers (two miles) from the main square in Saint-Aignan (pop. 4,000), is called La Renaudière. I assume the name of the family who used to own the land and had their farmhouse here was named Renaud, but nobody seems to know. There's nobody named Renaud around here now, to my knowledge. We're on the high ground, which is planted in vines nowadays, on the south side of the Cher River, up above the valley.

Because we're up high, we get strong winds, sure, but we also get some nice views. We're about to lose one of them, however. Yesterday, the electric company crews hooked us up to the new underground medium-tension wires that will from now on bring current to the nine houses at La Renaudière. The old poles and wires will be taken down very soon, one worker told us. 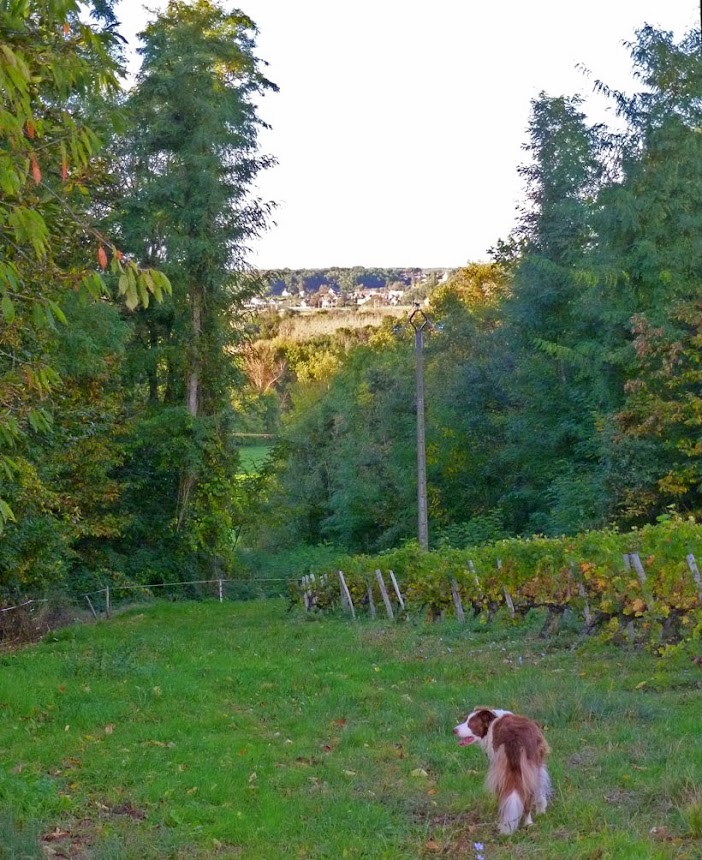 After these poles and wires come down, the electric company will stop cutting the trees that grow up under the existing wires. This is one of the walks I take with Callie every day. We go down to the bottom of the vineyard, turn right, and then circle back toward the house. Soon the gap will fill in and we won't be able to see out over the river from then on. The woman we bought the house from nearly 11 years ago told us that in the 1980s, when she came to live here, none of the trees you see in the photo above was so tall, so she had panoramic views out over the river and the valley. 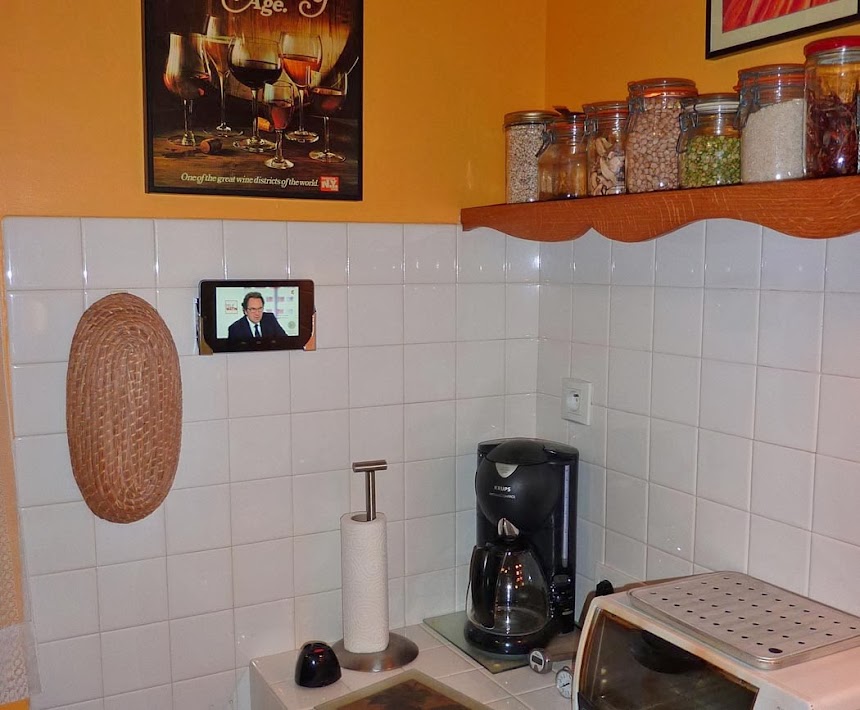 Yesterday morning, our power was cut for about three hours when something went wrong with the new ground-level transformer out back. A crew had to come and replace it before they could turn the power on again. Because I have a battery-powered tablet and a little wireless, battery-powered Bluetooth speaker, I could listen to music while I did household chores during the outage. I have the tablet sitting in a bracket mounted on the kitchen wall for when I want to watch television on it while I cook and clean. 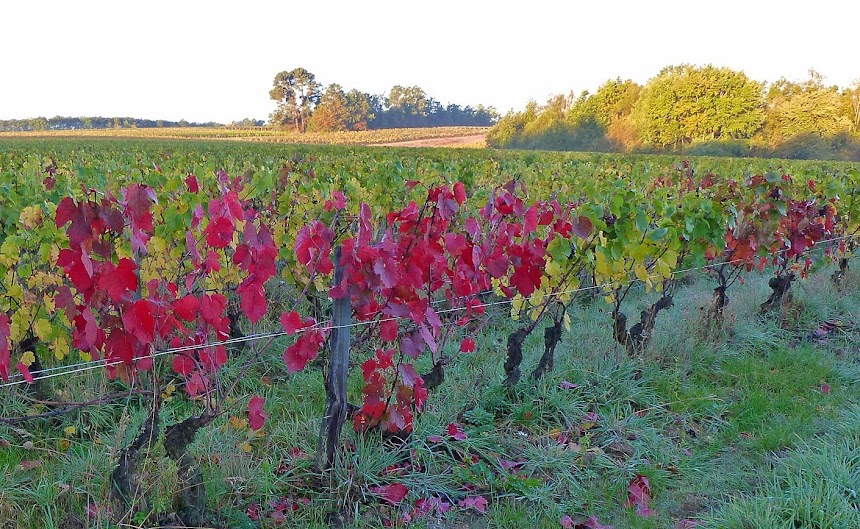 One of the nice things about living on the edge of the vineyard is that there are no utility poles or wires of any kind for a mile or two out behind our house. That makes for good views. The last two poles that mar the view out over the vines from our house will be taken down soon. So we will lose one view, but we'll gain a better one in the bargain.
Posted by Ken Broadhurst at 07:40