...and probably a dollar short. Or a euro. Yesterday morning I was working away in the kitchen, cooking lunch and making a small batch of quince jelly, when I noticed I had an audience. It was Bertie the black cat. This is my (late) Hallowe'en photo. 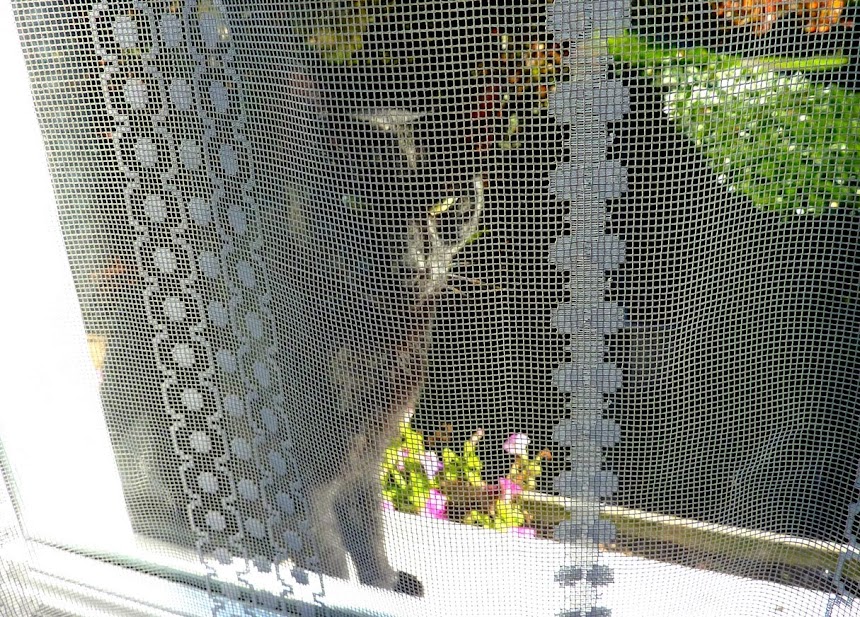 Bertie observing kitchen activity through the curtain on the kitchen window


I finally broke down and made a small batch of quince jelly. Well, it's not finished yet, but the juice is made and in the fridge, with the sugar dissolving in it and, I hope, jellifying. I gave away some quinces to friends, more or less in exchange for some walnuts and figs. And I'm saving a couple of pretty quinces for Jean and Nick, when they come at Christmas. I hope they'll last that long. 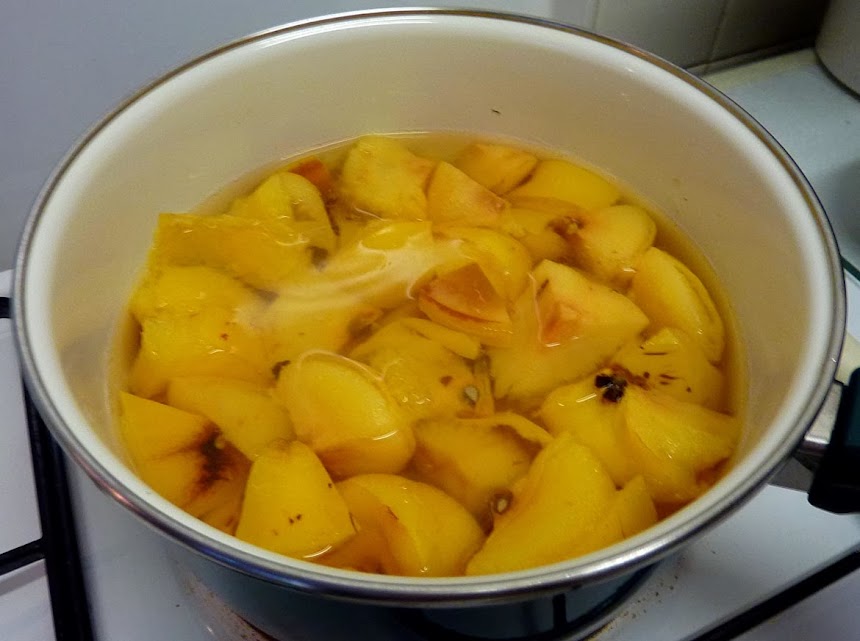 First you chop up the quinces (I used 2½) and cook the pieces, peels, cores, and all, to make juice, without any other ingredients. I posted photos of quinces still on the tree just a few days ago. 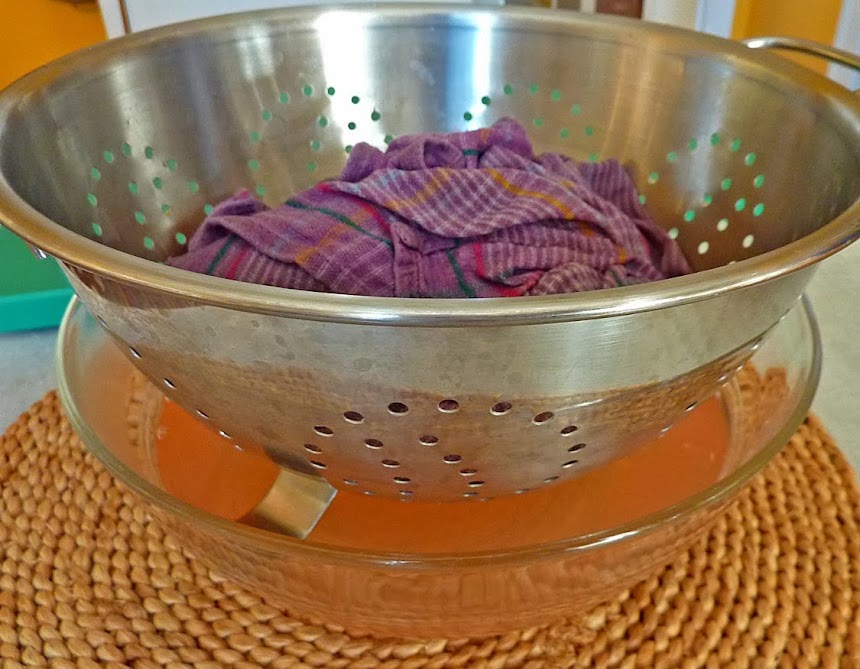 Then you let it cool and strain it all through a kitchen towel or cheesecloth. With a small batch like this (one liter of juice), I just put the towel in a colander and poured into it the contents of the pot. It dripped for an hour or two, and I decided to press and squeeze the towel to extract as much juice as possible. 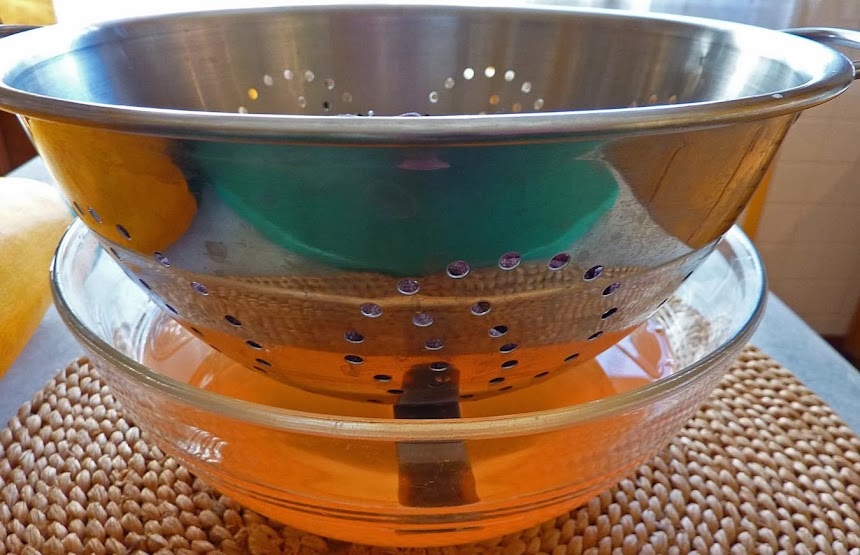 I think that skimming the jelly after it's been boiled with clarify it completely. That's what's happened in the past. I used a bag of sugar that has a little bit of pectin in it to help the liquid jell. It says that you are supposed to boil the liquid just five minutes before you put it into sterilized jars and store it in the cellar.
Posted by Ken Broadhurst at 07:30