At the Relais d'Artémis restaurant in Bracieux, there was a notice at the bottom of the menu saying something like : Merci de commander votre dessert au début du repas (Thanks for ordering your dessert at the beginning of the meal). So when the waitress came to take our order, CHM of course immediately told her that he wanted Tarte Tatin for dessert. The young woman was a bit confused but then saw the humor in the remark and laughed.

So I'll start the restaurant report with dessert too. As somebody said, life is short. 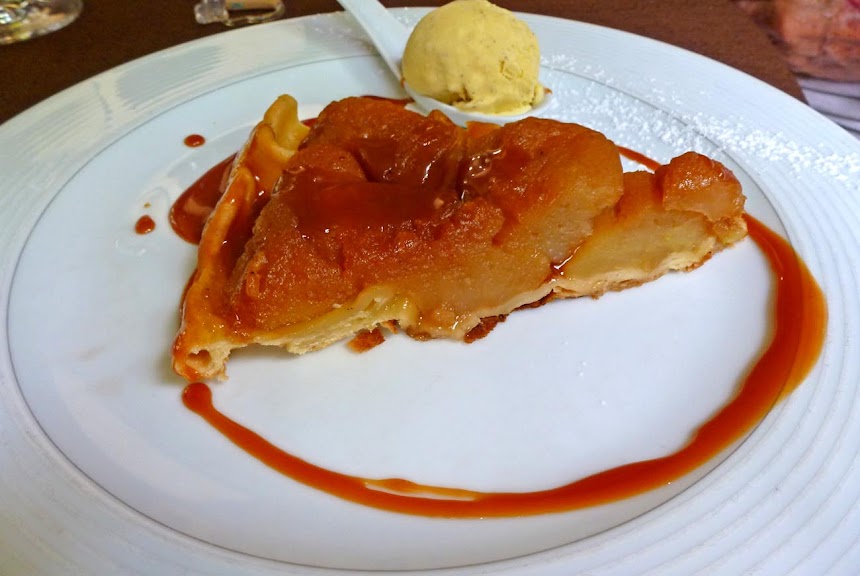 Here is the Tarte Tatin that CHM ordered and enjoyed. It's an upside-down apple tart, caramelized, served with a scoop of
glace à la vanille. It's a local invention and specialty in the Sologne region.


Walt and I both wanted to have the apricot dessert — Poêlée d'abricots au romarin, sorbet framboises — but there wasn't any left. We had a late reservation and the place was hopping. So we chose other desserts. 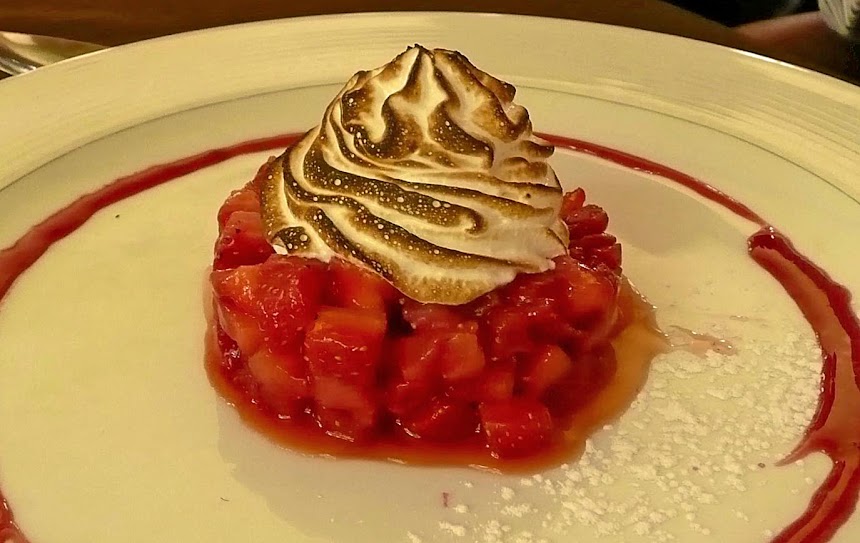 Walt had what was called a tartare de fraises. It's strawberry season right now in the Sologne.
Thanks to CHM for the photo. 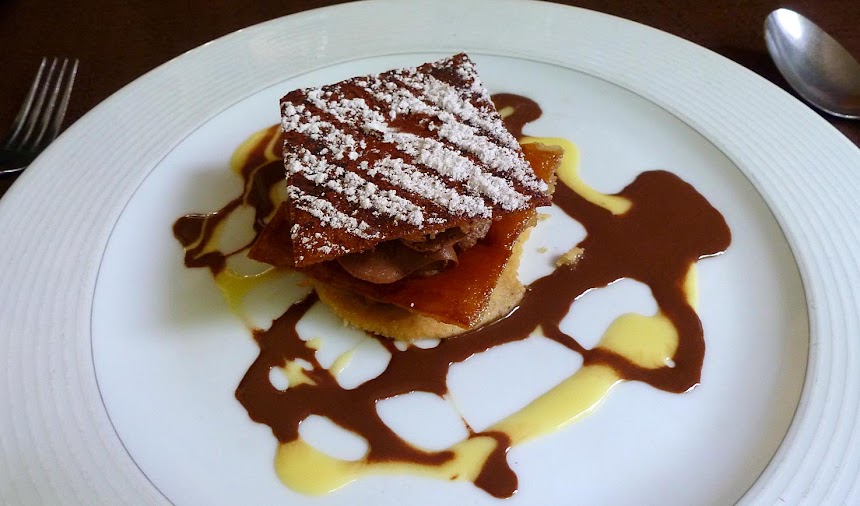 My dessert was Croustillant au chocolat, crème anglaise au poivre de Séchuan.
I won't even try to translate all that. I don't eat much chocolate, and this was delicious. 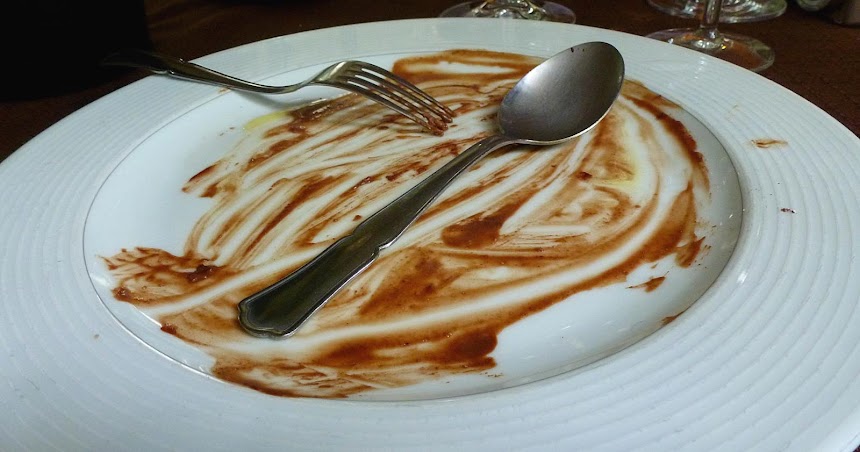 Even after eating three other courses, I was able to finish my Croustillant au chocolat. 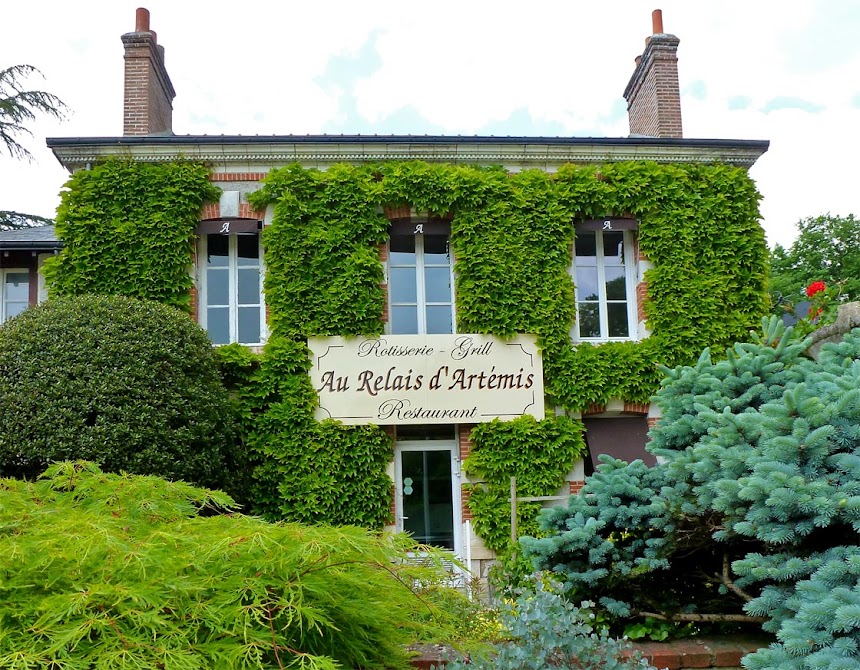 Here's a photo of the restaurant taken from the street.


Tomorrow: appetizers, main courses, etc. By the way, there was an English translation for each dish on the menu in the restaurant.
Posted by Ken Broadhurst at 08:11