There's so much to do and so much to talk over that I don't have a lot of time to write a blog post. I'll just post a few pictures. We picked CHM up yesterday at the train station in Blois — la gare de Blois — at noon.

Blois is a funny name, phonetically speaking. Most people pronounce it as one syllable: [BLWAH]. To do so, you have to pronounce the vowel AH the French way, in the back of your mouth and up your nose. If you say it the American way, in the front of the mouth, you end up with two syllables, something like [bluh-WAH]. It's the way Americans say [pee-noh-nuh-WAHR], in four syllables, rather than [pee-noh-NWAHR] in three syllables, for the grape called Pinot Noir. 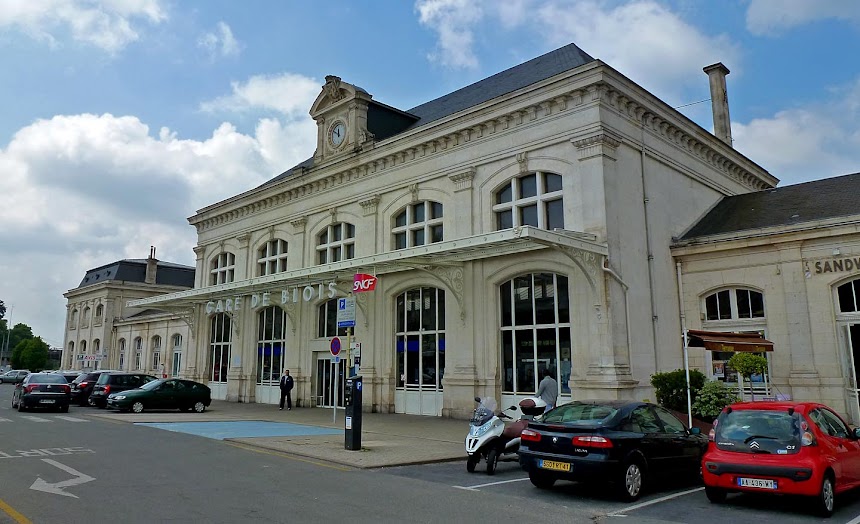 
But you also hear French people say Blois as more or less two syllables, and not the same way. A couple of years ago, CHM and I were on the train, coming from Paris back to Saint-Aignan. The conductor on the train distinctly said something like [buh-luh-WAH] when he announce the stop. I'm not sure he was a native French speaker. Even yesterday, however, I noticed that the woman announcing the arrival of the train from Paris said something that sounded like [buh-LWAH], two syllables, for Blois. 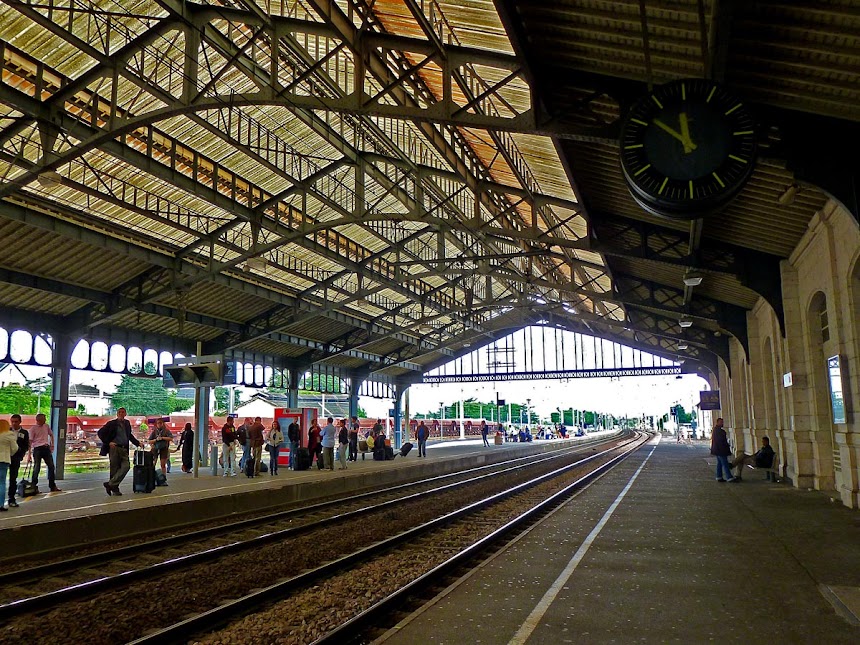 Waiting on the platform are passengers heading to Paris. On the right side, we were waiting for the train from Paris to come in.

Those are the strange observations of my phonetically trained mind (and tongue). Speaking of tongues — or in tongues, I guess — tomorrow I'll write about and publish pictures of the restaurant in Bracieux and the food we ate. 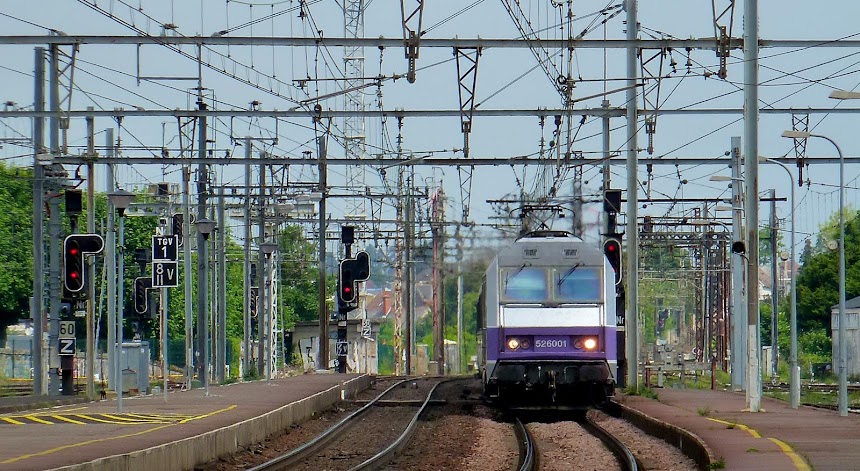