Yesterday we had a beautiful sunny day in Saint-Aignan. I decided to go out and harvest ('to harvest' = récolter in French) the swiss chard (blettes) that I planted last fall. The plants had over-wintered in the garden. This wasn't the first time we had harvested leaves from these plants, but it was the last. 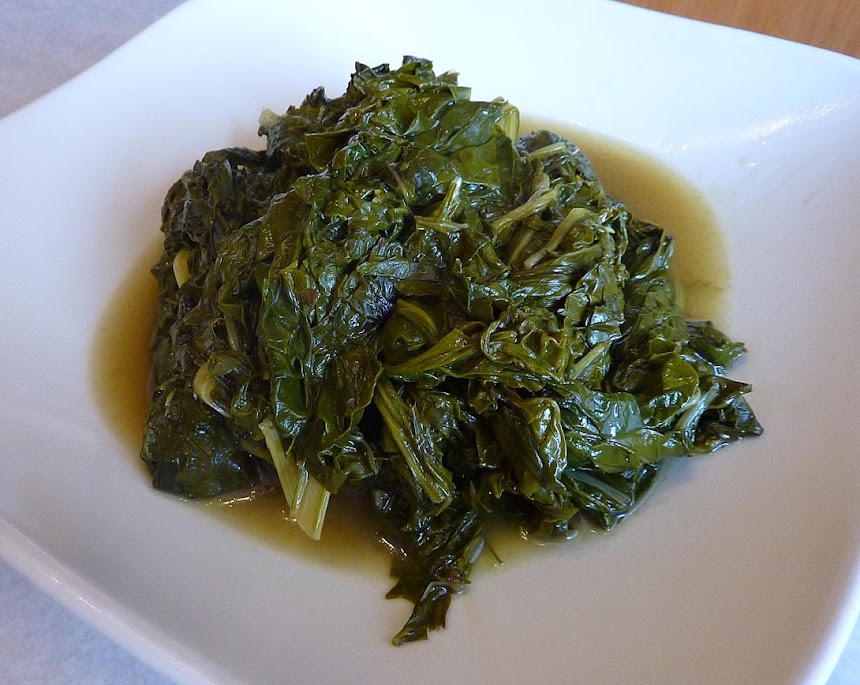 The chard plants had bolted, so they were tall and stringy, but they hadn't actually flowered yet. They were covered with tender young leaves, some large ones (toward the bottom of the stalks) and many small ones (toward the top). After pulling the plants out of the ground, I spent several hours pulling the leaves off, washing them in batches, and then cooking them.

I cooked them in chicken broth with just some salt and pepper. We had some for lunch, and I can affirm that they were worth the work. I did half of them in the morning, and then in the afternoon I sat down on the front deck for an hour or so, enjoying the warm weather, and pulled the leaves off the rest of the stalks. I ended up with 2.5 kg of leaves — that's 5½ lbs. Since we cleaned out the freezer earlier this week, there's plenty of room for some of them in there. 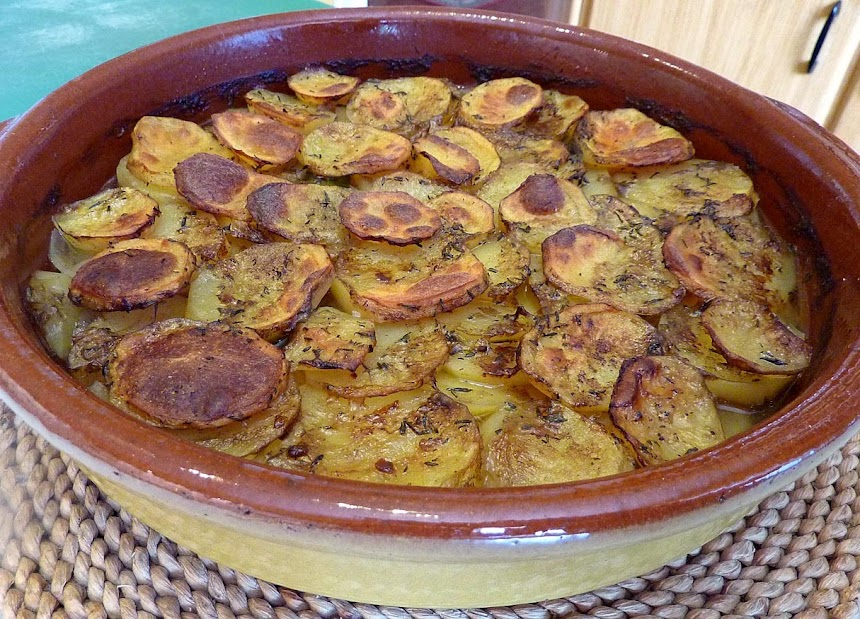 To go with the blettes at lunchtime, I made a dish of pommes de terre 'boulangère' — that's thin-sliced potatoes cooked in the oven with herbs and onions, moistened also with broth (chicken or other). They're called « boulangère » or "baker's wife" potatoes because that's the way the baker's wife would have cooked them in days gone by — in the hot bread oven after the day's bread had finished baking. And they are delicious.
Posted by Ken Broadhurst at 08:09