We found something unusual the other day in the Grand Frais supermarket outside Blois: green asparagus. All the locally grown asparagus on the markets and in the supermarkets around Saint-Aignan is white.


I guess those of you who live in the U.S. or the U.K. are used to getting green asparagus in your markets, but it's a special treat here. Actually, it's the same plant as the white variety; it's just grown differently. Friends who live down the road tell me they drive to Blois to get green asparagus, because they prefer it to the white spears. 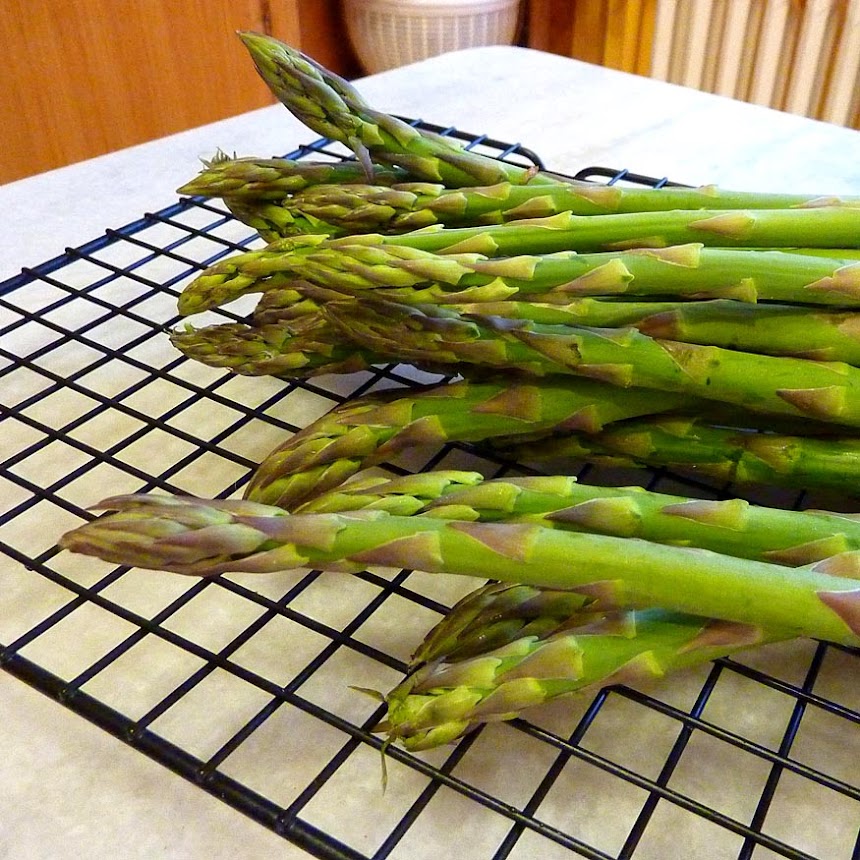 
One major difference between green and white asparagus spears is that the white ones need to be peeled — a vegetable peeler or économe does the job — before they are cooked. Their skin is tough and fibrous. Green asparagus spears don't need peeling. 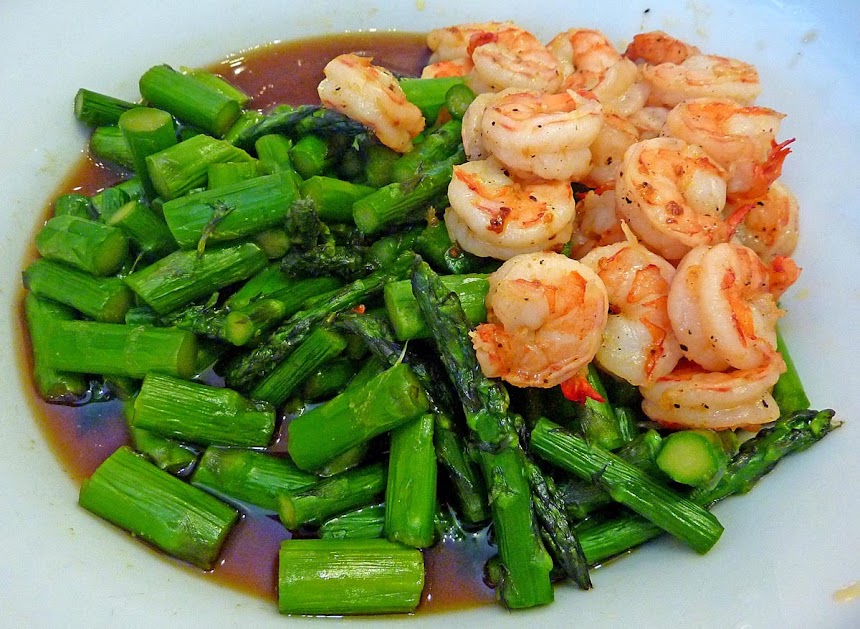 We cooked some green asparagus with shrimp...


There is a brand of green asparagus called Chambord, after the château near Blois. According to the producers' web site, they started growing green asparagus in the late 1980s and formed a cooperative. Green asparagus was barely known in France back then. They are calling it "the new asparagus." 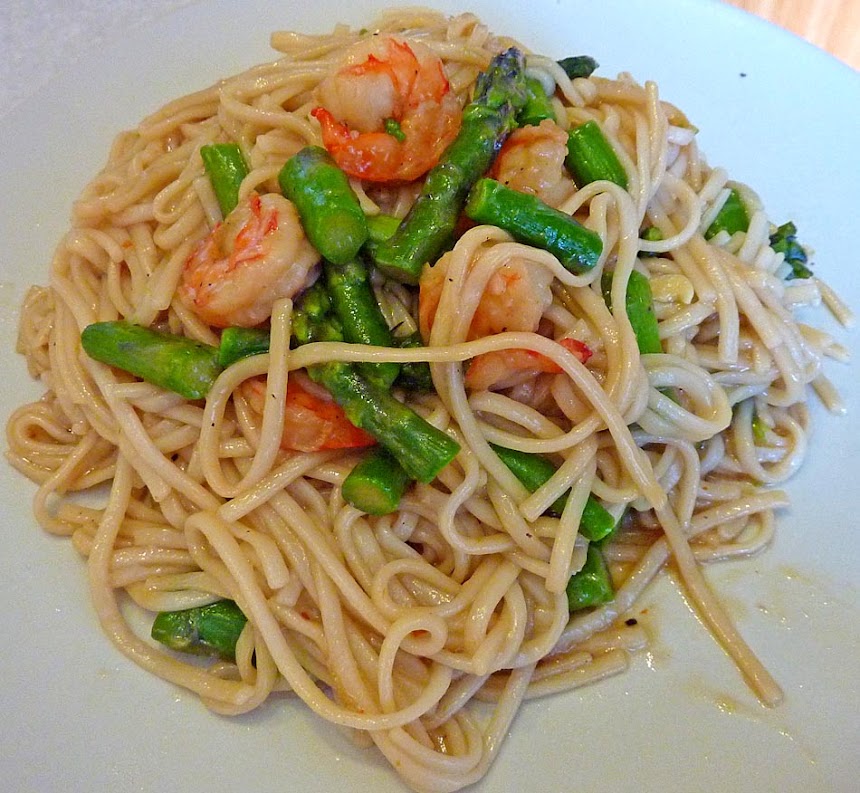 ...and served it with Japanese udon noodles.


Never mind that the green asparagus we bought was grown in Italy. Grand Frais specializes in importing produce from abroad. I assume the Italian spears are less expensive than the local ones — these were less than six euros per kilogram. We've been paying slightly more than that for the white asparagus grown around Saint-Aignan.
Posted by Ken Broadhurst at 07:30