A soft landing, with a lot of barking

Late yesterday afternoon, Walt and I were upstairs watching a TV show when Callie went wild barking in the entryway way downstairs. Sometimes she does that if she sees the Bertie the cat walk by the sliding glass door down there.
We called the dog but she wasn't paying attention to us. "Is that Callie growling?" Walt said. He muted the TV and we realized that we were hearing the roar of the gas burner in a hot-air balloon. Walt went downstairs to try to calm the dog down and to see where the balloon might be. 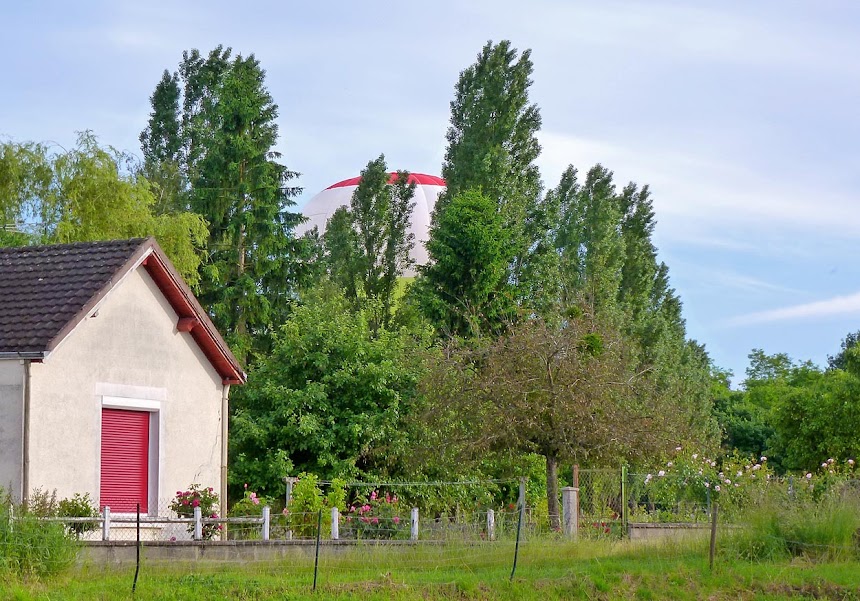 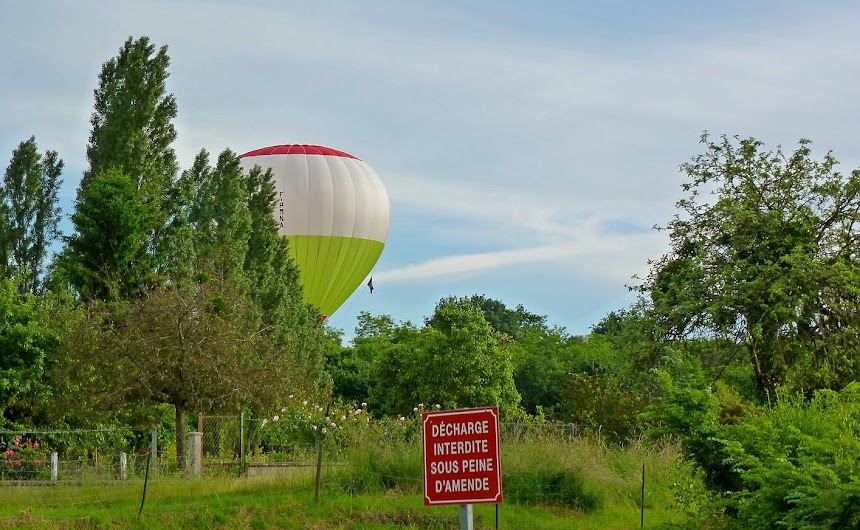 It was flying really low to our south, right over the neighbors' houses. It was even lower than the balloon that passed over a week or two ago and that looked as if it might hit the tops of the trees in our yard. At one point, we thought this balloon might be landing on our neighbor-the-mayor's property. That would be unusual. 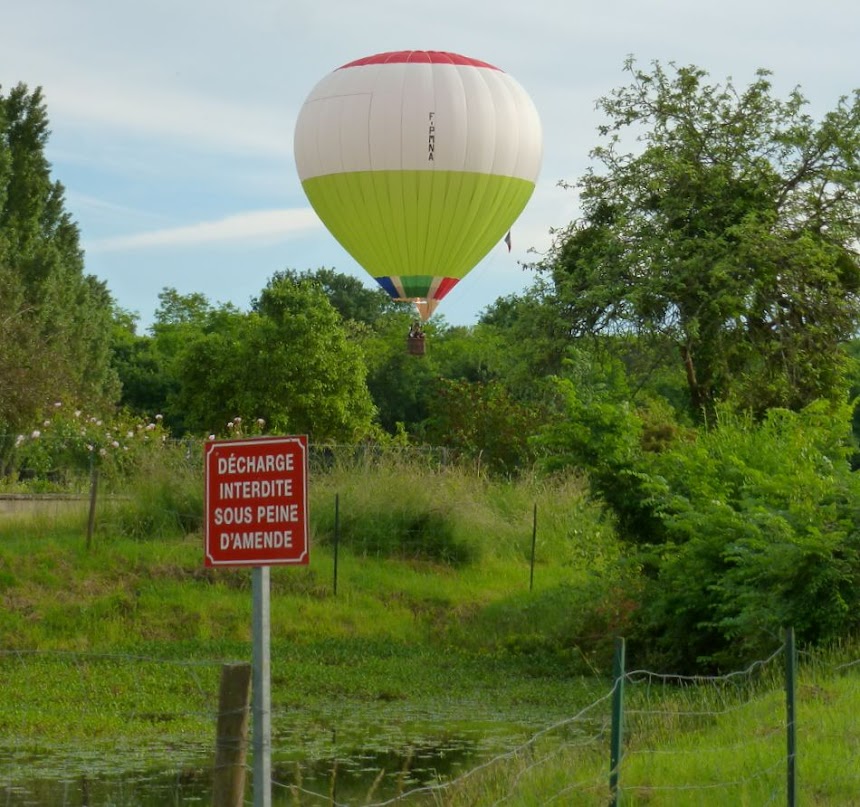 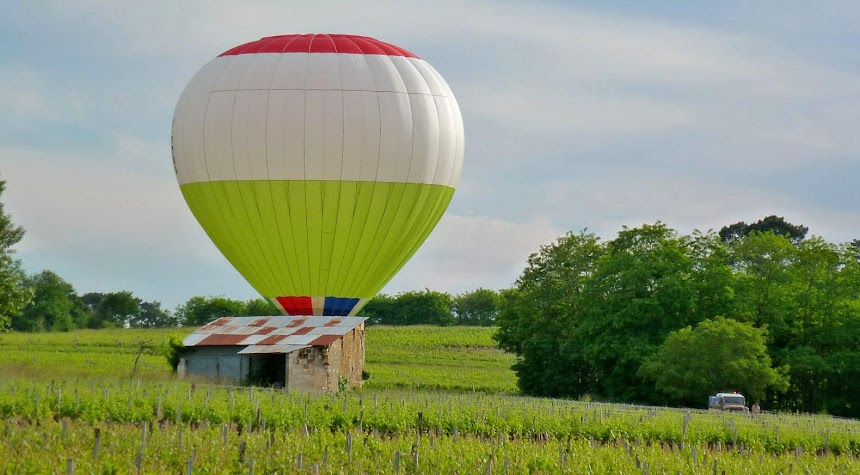 This balloon, no more than 20 feet (6 or 7 meters) off the ground, kept drifting northwest over the parcel of vines closest to the mayor's house. Callie was wild with excitement. We opened the back door and we all went out in the yard to see what was going on. We couldn't control Callie at all, but she doesn't know that she would be capable of getting out of the yard by jumping over the fence or gate, so she's never tried to and there was no real danger. 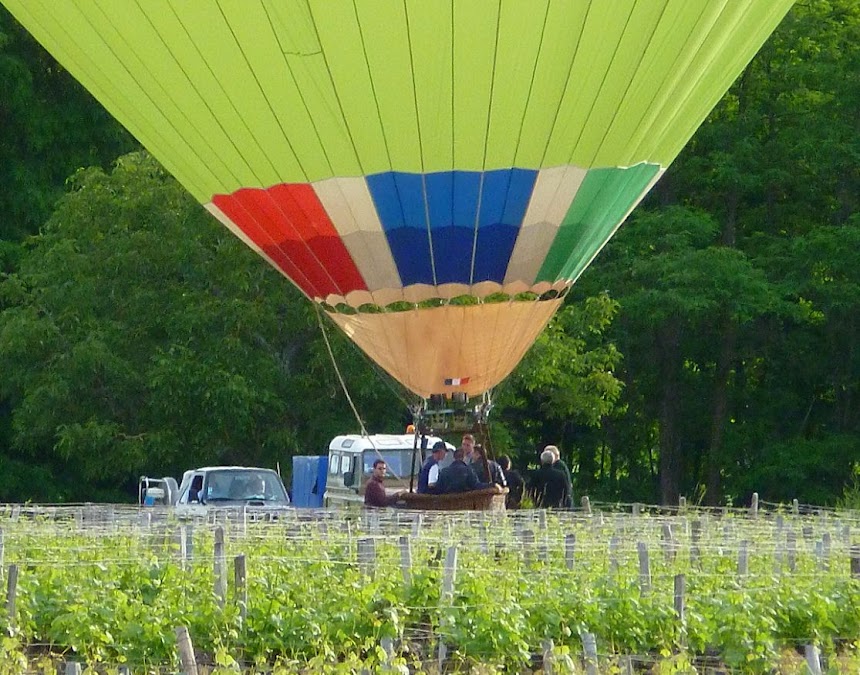 I grabbed my camera, of course, and started snapping photos. We didn't go out and talk to anybody, mainly because of the dog. But we watched for a while. We wondered whether one of the passengers might have had a panic attack or some kind of medical emergency that required an urgent, unplanned landing. The vineyard is a good place for such a landing because there are no utility poles or electrical wires out there. At the same time, the gravel road is a pretty narrow space to land on, and you wouldn't want to land on the vines and support posts. 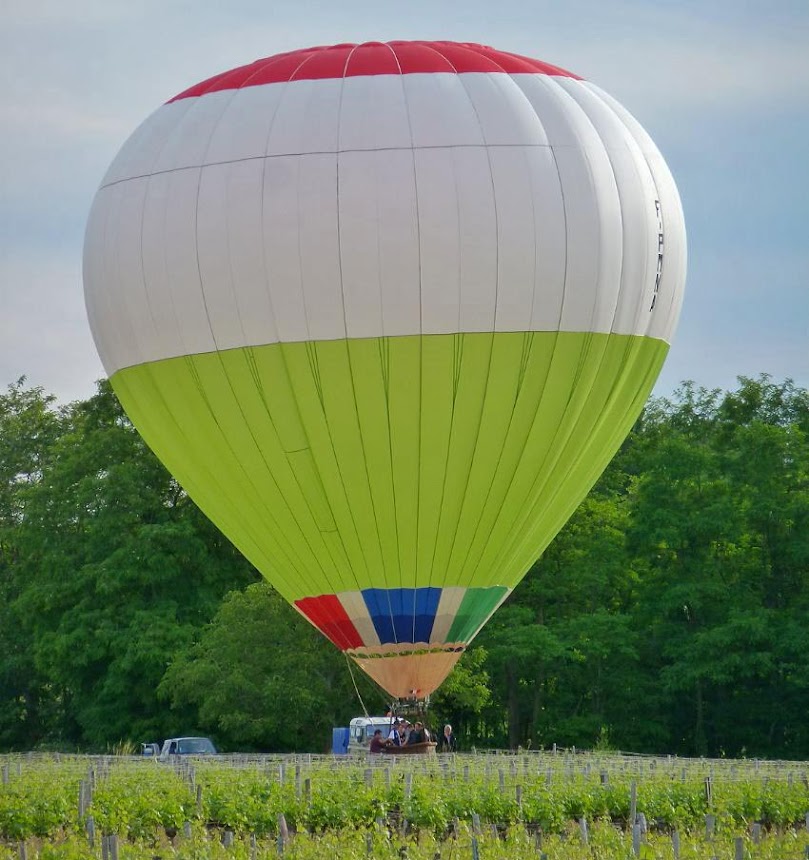 We saw a couple of vehicles speeding through the vineyard from the other end of the road. They arrived, and there was a lot of activity for a few minutes. Then the vehicles drove away and the balloon went back up in the air. It went straight up, because there was pretty much no wind. At a pretty high altitude, it starting drifting west and finally disappeared into the distance. 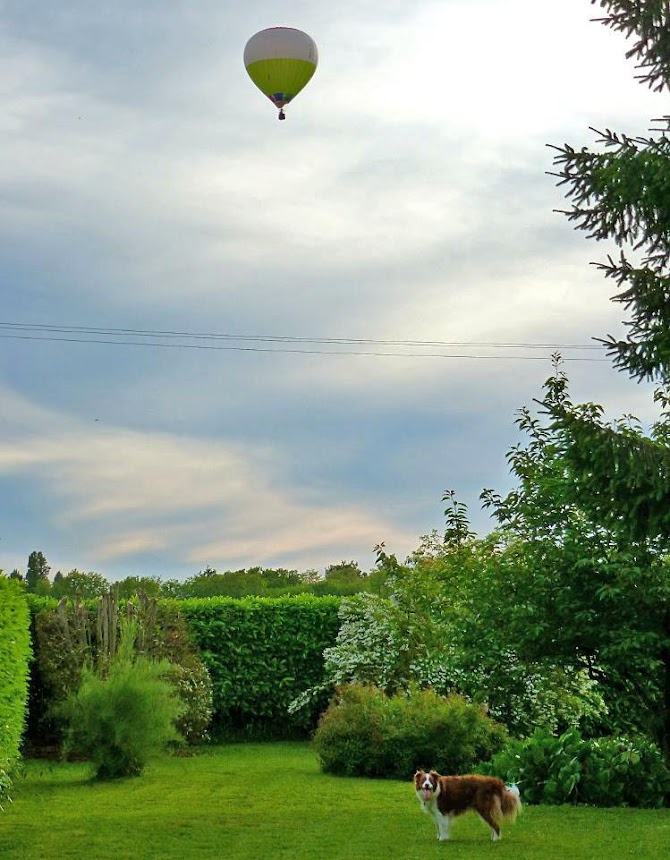 Our excitement for the day... I think Callie really enjoyed it.
Posted by Ken Broadhurst at 08:23