With that honey-and-soy-roasted turkey leg, we had stir-fried cabbage. The two dishes went together really well, and the honey & soy sauce from the turkey went really well on the cabbage too. 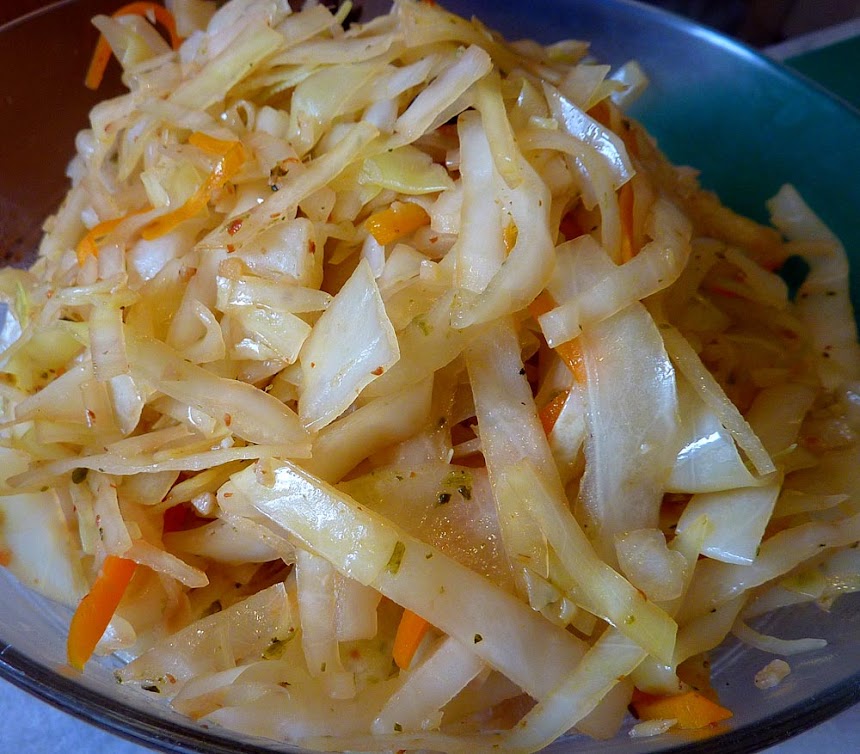 The cabbage is cooked with julienned carrots, garlic, ginger, soy sauce, white wine (mirin or sherry), spices, and coriander. It gets tossed with the seasonings in hot oil, and then covered for a few minutes to steam. You can cook it as little or as much as you want to, with either a crunchy or a softer texture. The recipe is below. I found it in the New York Times. 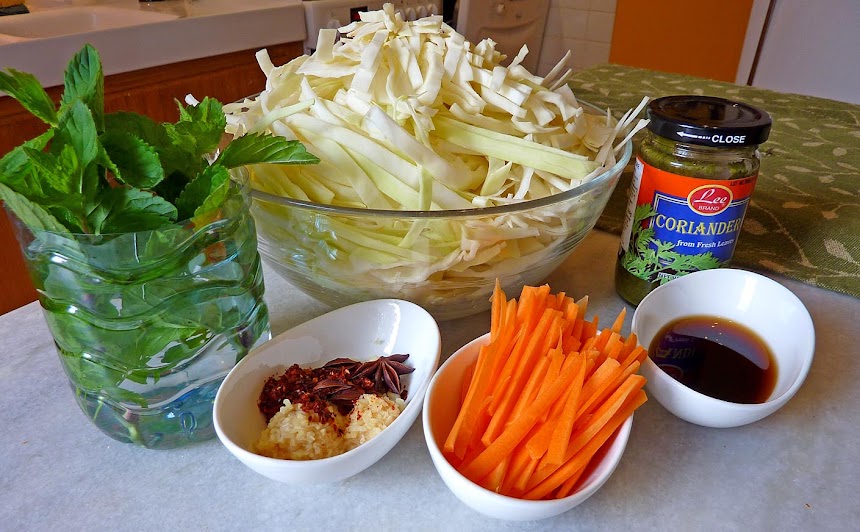 Combine the garlic, ginger, red pepper flakes and star anise in a small bowl. Combine the soy sauce and wine or sherry in another small bowl.

Heat a 14-inch flat-bottomed wok or a 12-inch skillet over high heat until a drop of water evaporates within a second or two when added to the pan. Swirl in the oil by adding it to the sides of the pan and tilting it back and forth. Add the garlic, ginger, pepper flakes and star anise. Stir-fry for a few seconds, just until fragrant, then add the cabbage and carrots.

Stir-fry for one to two minutes until the cabbage begins to wilt, then add the salt and wine/soy sauce mixture. Cover and cook over high heat for one minute until just wilted. Uncover and stir-fry for another 30 seconds, then stir in the chives or cilantro and remove from the heat. The cabbage should be crisp-tender. Serve with rice or noodles.