Here's a final post about the restaurant in Bracieux that we really enjoyed last Saturday, Au Relais d'Artémis. First, a view from the main dining room out into the garden: I really like the way the trees are pruned into umbrella (or is it mushroom?) shapes. And again, everything is very green. 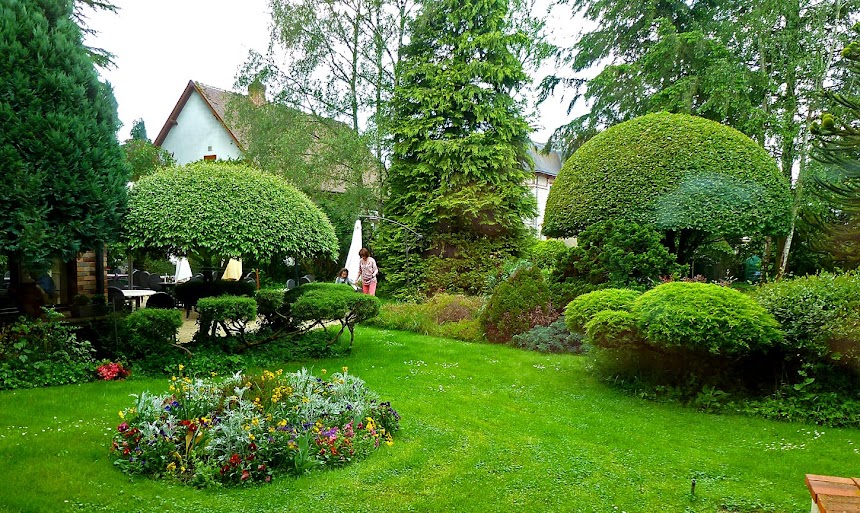 The garden at the restaurant Au Relais d'Artémis in Bracieux, near Chambord


As for the food, here finally are a couple of photos of the main courses we ordered. I chose the veal, which was onglet de veau broutard. Evidently, a veau broutard is a calf that has begun to graze on grass — brouter means "to graze." The cut of meat that I had is called onglet, and it's categorized as offal (abats) even though it is red meat. I think it might be called "hanger" or "skirt" steak in English, and it's part of the animal's diaphragm. Whatever it is, it was tender and delicious cooked medium rare or rosé at the Relais d'Artémis. 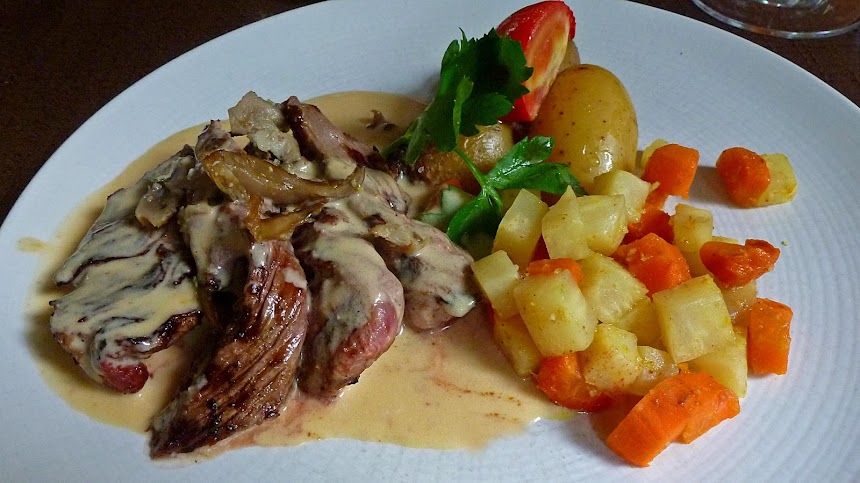 
Walt and CHM both chose fish for their lunch. It was filet de sandre, beurre blanc — fillet of zander (pike-perch) with a butter sauce. Zander is a European river fish. The flesh is very white and tender, with few if any bones. Both W and CHM thought it was delicious. It was served with a risotto that CHM said was excellent — creamy and rich, flavored and colored with either saffron or turmeric (curcuma). 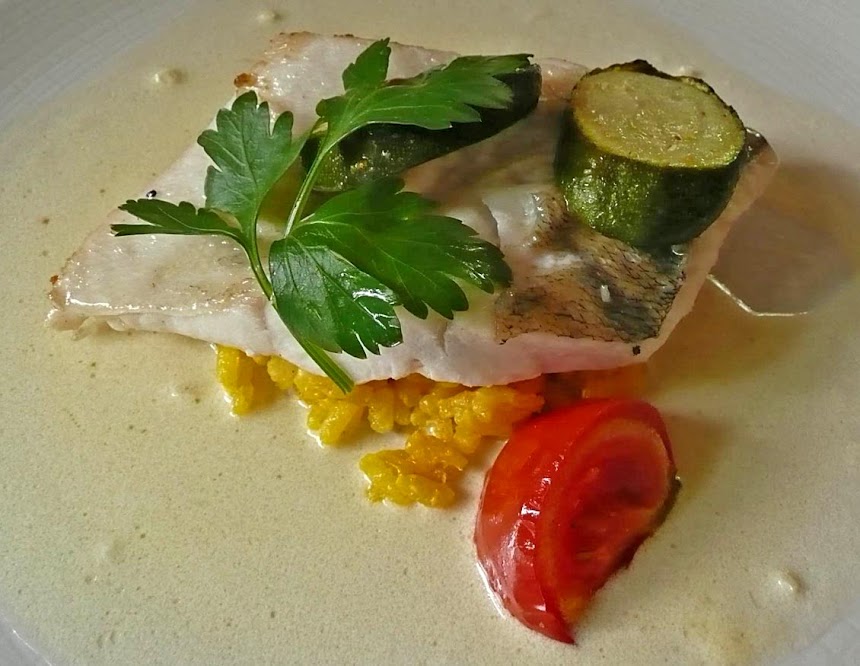 And I almost forgot the starter course. Since I started this series with desserts, I'll finish it with the entrée. We all three had the same one: Mille-feuille au saumon et asperges vertes. There was both cooked and cold-smoked salmon on the plate, with three asparagus spears per serving. It was also very good, and was a fine introduction to a very nice meal. 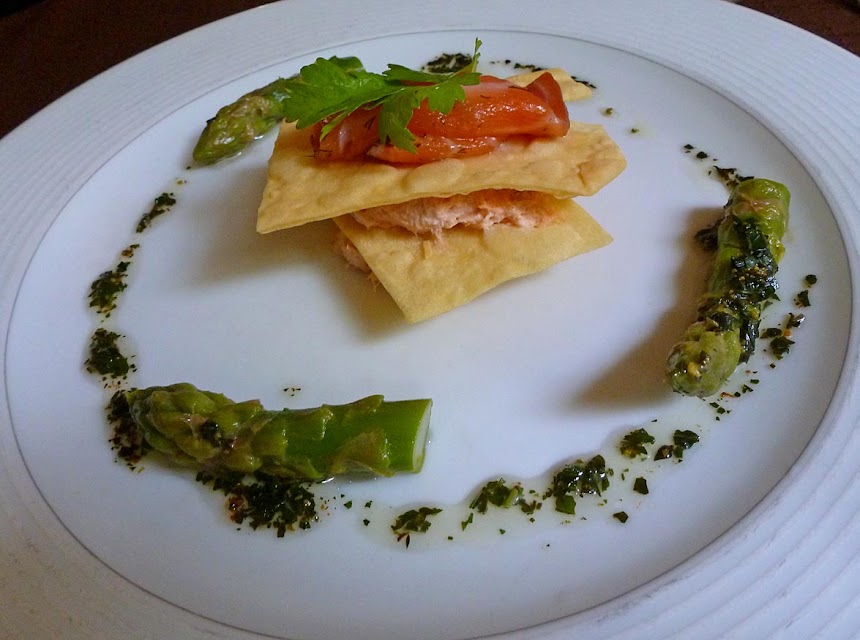 A mille-feuille is a multi-layered concoction made with crisp pastry and creamy fillings, usually sweet. It's called a "napoleon" in America. This was a savory version made with salmon.


Okay, lunch at the Relais d'Artémis is over and done with. I hope you enjoyed the upside-down menu. Maybe we should call it Déjeuner à la Tatin.
Posted by Ken Broadhurst at 07:27