From pommes boulangère to pain du boulanger. Well, not really. Even when you live in the land of really good bread, sometimes you feel like making your own loaf or rolls. In this case, I happened upon an American recipe that tempted me. I'm not sure what I was looking up when I found it. 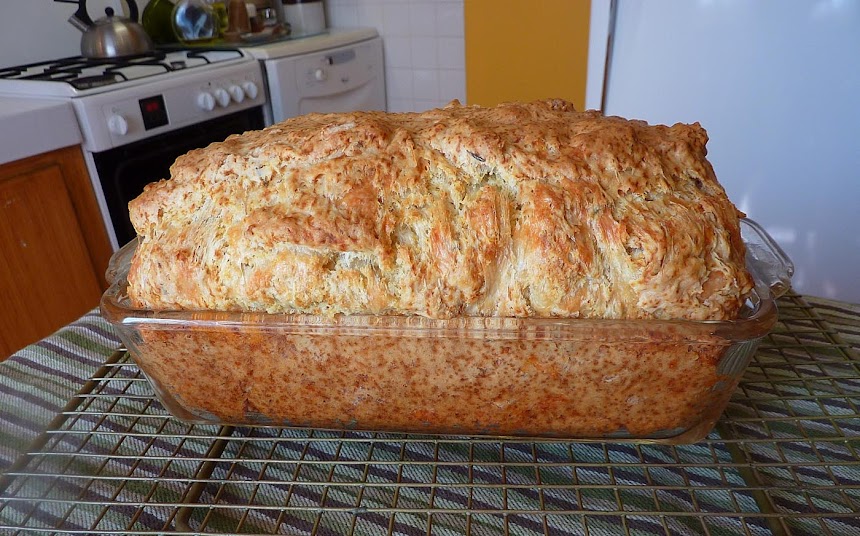 It's a quick bread, which means it's leavened with baking powder instead of yeast. You don't have to wait for it to rise. And it's a cheese bread, which means you put grated cheese in the dough before you bake it. I think it appealed to me because I have good memories of eating what we call cheese biscuits for breakfast so many mornings when I was growing up. My mother made them. 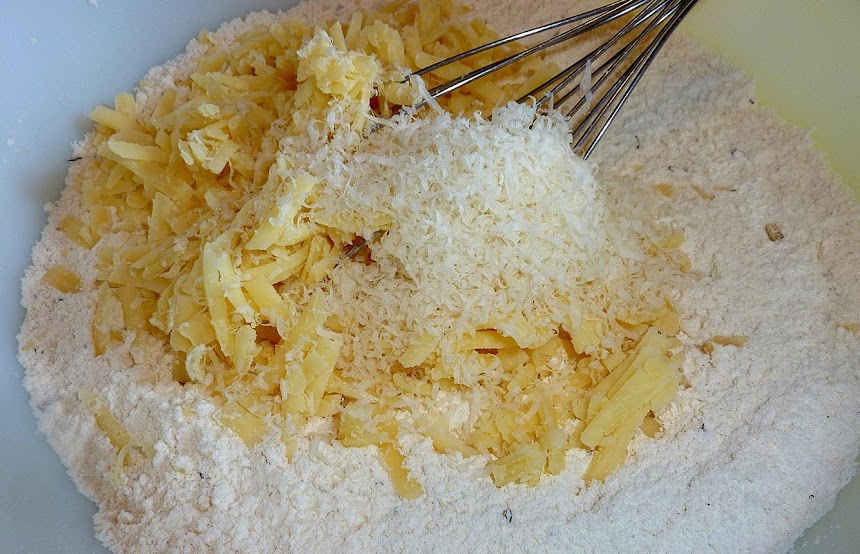 If you don't know what the word "biscuit" means in American English, look here. Or here. Biscuits are bread — the indigenous bread of the U.S. South. 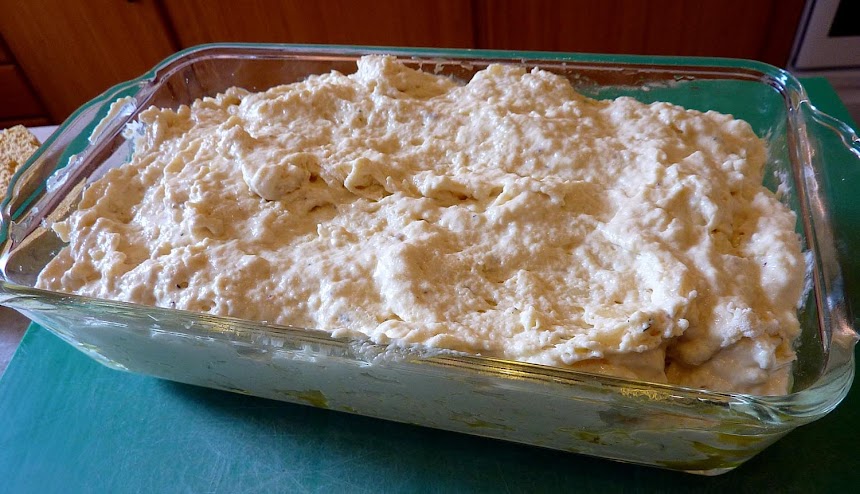 Anyway, this bread is made with a dough that resembles American biscuit dough, except that it has an egg in it. I was skeptical when I read the recipe, but it turned out great. It's a dough that just barely gets mixed together, and it's certainly not kneaded. Because it doesn't spend a lot of time rising — which would let the gluten in the flour relax — before you put it in the oven, you really can't work the dough much at all. 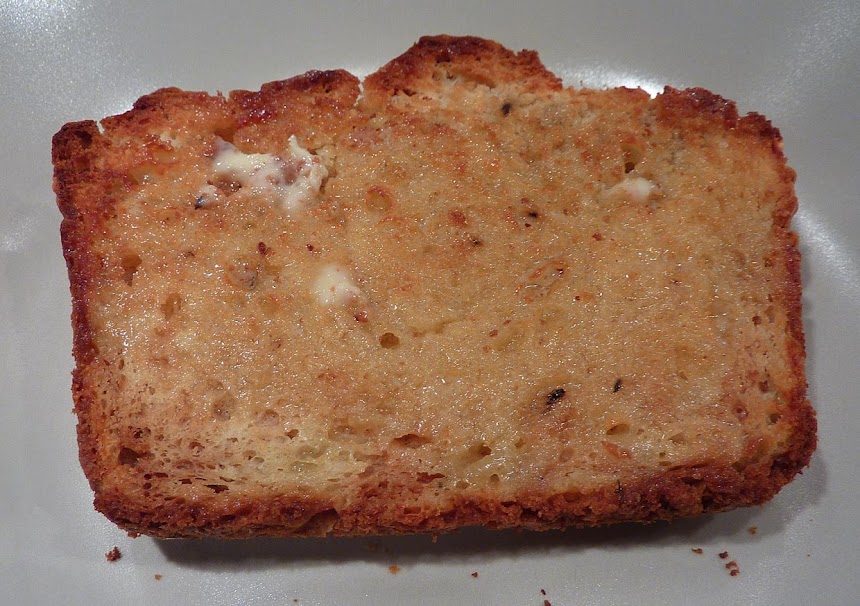 Here's my version of the recipe I found. The yogurt was my idea, replacing part of the milk in the original recipe. I recommend this bread as a snack or a slice toasted for breakfast, even though it's not at all sweet. I didn't think I would be able to slice such a bread with a knife, but it was in fact perfect that way. It didn't fall apart. 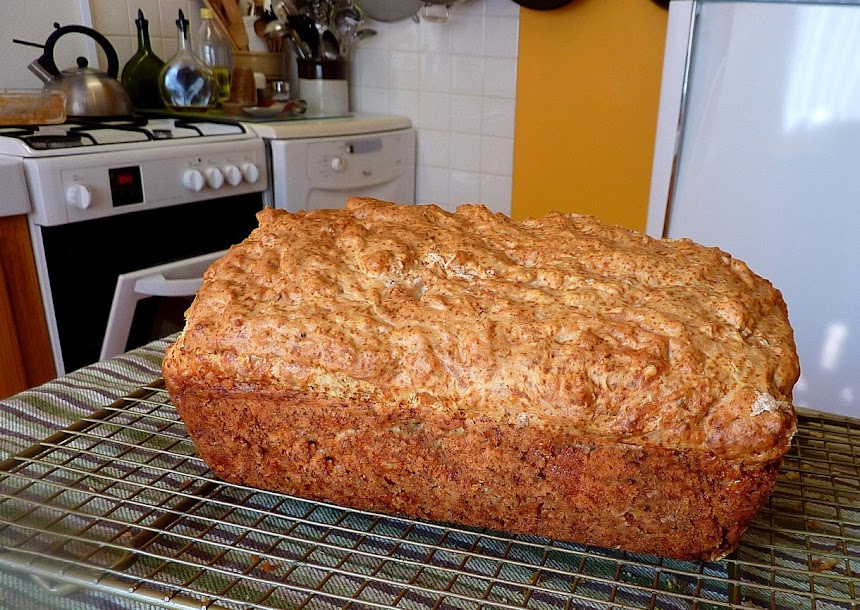 In a bowl, whisk together the flour, salt, baking powder, peppers, and thyme. Stir in the cheese so that it's coated in flour — that will help prevent the cheese from sinking to the bottom of the loaf.

In another bowl, whisk together all the liquid ingredients, including the egg.

Bake for 45-50 minutes. Let cool 10 minutes and then remove from pan. Allow to cool for one hour before slicing and serving.

I made the bread with olive oil, not butter. And I put in grated cantal cheese with some grated parmesan. Swiss or cheddar would be good. The peppers and the thyme are of course optional, and you could substitute other herbs or spices. We just had two more days of gray, slightly drizzly weather, so this bread was a comfort. This morning, however, Walt got up and told me there was a strange orange ball glowing in the eastern sky...
Posted by Ken Broadhurst at 07:33