Happy New Year to all. 2013 is already eight hours old here in France. I have to admit that I slept through all the festivities (if there were any around Saint-Aignan). There must have been some, and I did vaguely hear fireworks as I was falling asleep just before 11 p.m., but I wasn't to be disturbed. 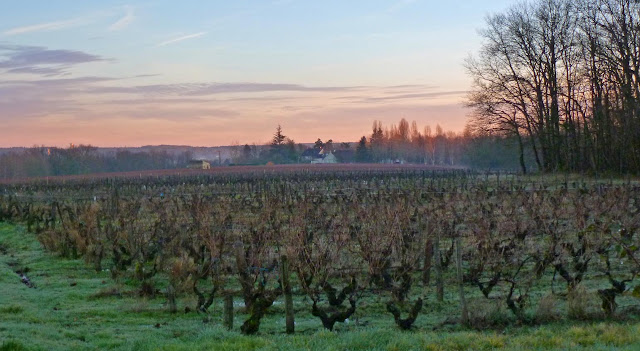 Winter 2012 at La Renaudière, outside Saint-Aignan-sur-Cher in the Loire Valley


We were lucky to have some nice weather over the last few days of 2012 (though it is raining again now). We've been having a very mild winter. In French they say: « Noël au balcon, Pâques aux tisons. » That means, if it's warm enough to spend Christmas day on the balcony, then you can be sure you'll be sitting around the fire at Easter because the weather will be cold (tisons are "dying embers"). That's something to look forward to in 2013. Ha ha ha 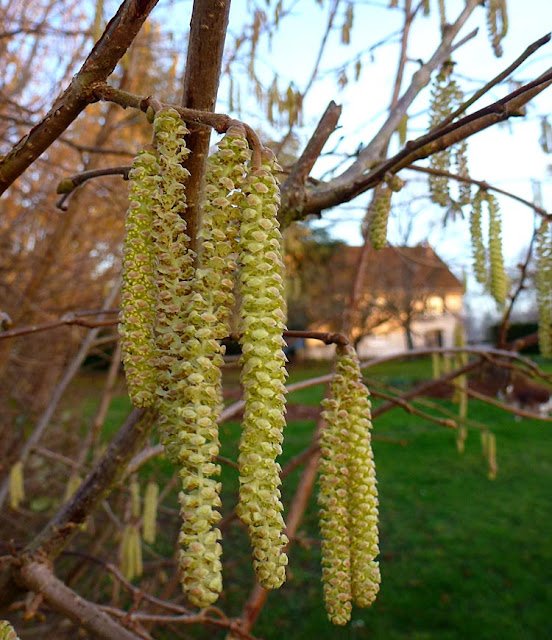 
As you can see, the catkins are already hanging on the hazelnut trees in our back yard. They're called "catkins" because they look like kittens' tails. The word derives from an old Dutch word, katteken, which meant kitten, and in French the name is also chaton, which also means kitten. 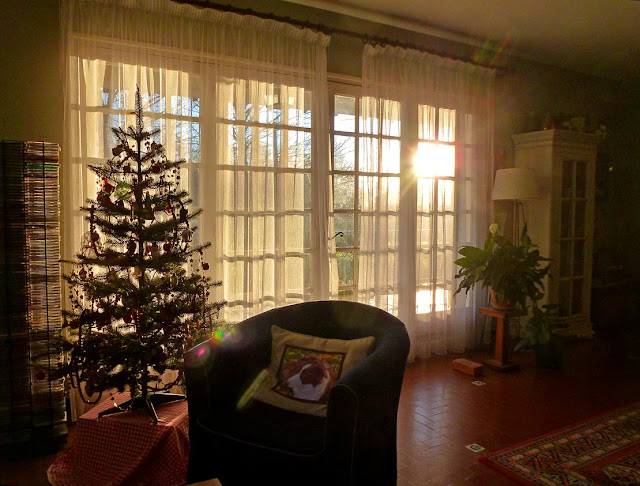 A sunny December morning in the living room


Christmas ornaments will go back into their boxes today. The tree too — it'll be a year before we see all that again. Those big towers of old music CDs will soon be packed up in boxes too — and maybe for good, since I copied all the songs to hard disk over the past month.

A December sunset to bid 2012 adieu


That last photo is a little misleading, since 2012 was actually a wet and gray year overall. But it's over, and it tried to make amends before going. Now on to 2013. We'll see what that brings. Happy 2013 to all.
Posted by Ken Broadhurst at 08:00