Parts of France are under hurricane warnings this morning. They're not the parts you might think of, but they will be experiencing damaging winds and high surf later today, because of a tropical cyclone. One place is Reunion Island, in the Indian Ocean off Madagascar. I have an old friend who lives there, and I'm sending positive thoughts. L'île de la Réunion is a French département, just as the Hawaiian Islands are a U.S. state. 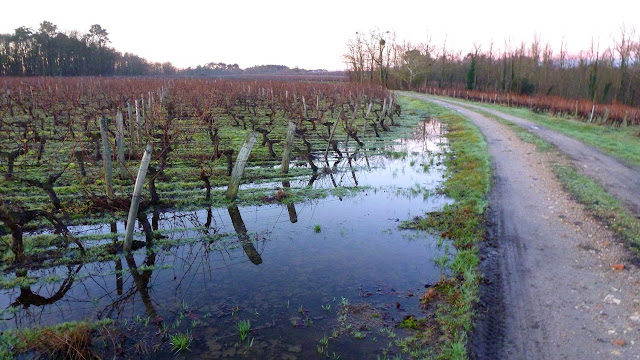 As you'll see from looking at the photos in this post, the weather here in Saint-Aignan
is damp, but it's less extreme than in many other places around the world.


Another nearby island that will be affected by the same cyclone is Mauritius, and one of our commenting friends (I mean yours and mine) is originally from there. She calls herself Beaver here on the blog, because she lives in Canada, but she has family members who still live on l'île Maurice, I believe. Maurice or Mauritius is not French — it's an independent country, but people there speak French as well as Creole and English. Let's send them positive thoughts too. It looks like a bad storm will be rolling through.


There's also a tropical storm affecting New Caledonia, in the South Pacific. That's part of France too. I've heard less about that one so far.

Meanwhile, here in Saint-Aignan, the wet, wet, wet month of December is over, and it turned out not to be the wettest December we've had in ten years. We got four inches (100 mm) of precipitation in December 2012, and it was all rain — no snow. But Walt looked back at our records and found out that December 2011 was even wetter, with six inches of rain! How soon we forget. 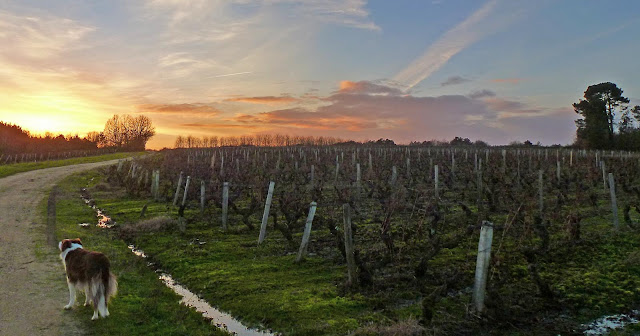 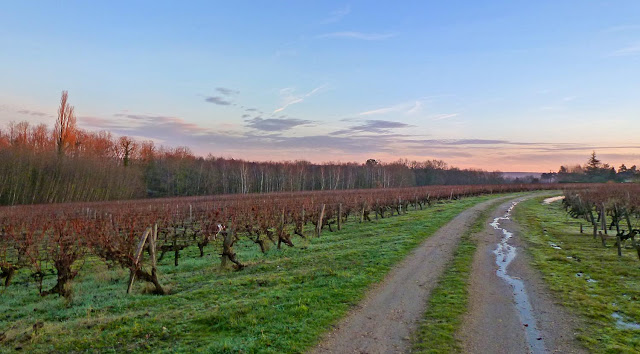 We're spoiled here as far as cold weather goes. Or windy weather. We don't get much. Of course, we don't get much hot weather either. But here in Saint-Aignan we get more hot weather in summertime than we ever did in San Francisco, where the temperature varies from lows around 40ºF all the way up to highs in the low 70s most of the time, and in all seasons. Or what passes for seasons out there. 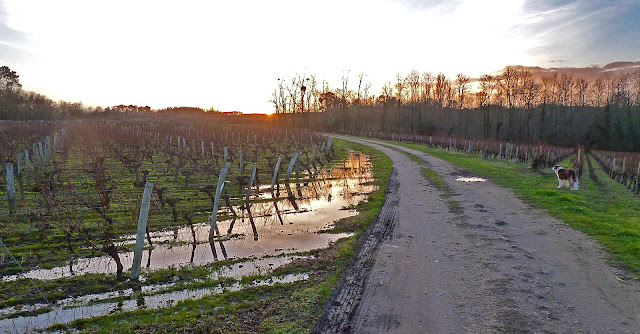 Once when we lived there, there was an article reporting that the city of San Francisco had just experienced one of the longest "heat waves" in it's history. The temperature had been above 70ºF for six days in a row. It was probably in July. I know I scanned and saved that article, but I wouldn't know how to find it now. It's somewhere on a disc or on my computer.

Here, right now, it's mild and wet. The ground is extremely muddy — squishy. The soil where we live is a mixture of clay and limestone, and it is famously imperméable. When it rains the way it has been raining, there's a lot of runoff. Down the hill, the river is overflowing (but not really flooding). The pond out back is also overflowing. We're not in any danger, if you except the danger of slipping and falling on the slippery clay when we go out for walks with Callie.
Posted by Ken Broadhurst at 07:55