Flashback to another life

It's strange to find a piece of your private life displayed on the internet. I say that, and here I am doing it again.


Nearly every Sunday, I look at the real estate section of the San Francisco Chronicle newspaper to see if the house we sold there before we moved to Saint-Aignan might be for sale again. A couple of weeks ago, I found this site. It shows the photos taken by a real estate agent to advertise our San Francisco house for sale. 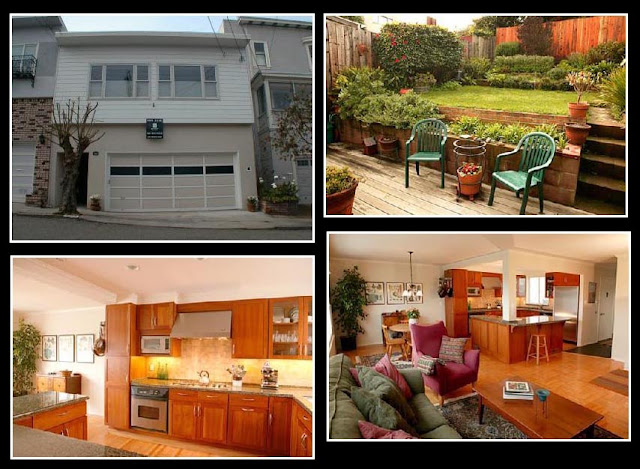 The house on Congo Street didn't look like much from the street,
but it felt spacious inside. We transformed the place over the years
we lived there, including having a new kitchen put in.
We and the dog enjoyed the little back garden.


We had bought the house in 1995 and lived there for 7½ years out of the total of 17½ years that we lived in California. In March 2003, we handed over the keys to the new owners and took a long driving trip across the U.S., through Southern California and Illinois (and a lot of other states) to my mother's house in North Carolina. We spent a month there before being granted long-stay visas by the French consulate and flying off to begin this life in Saint-Aignan. 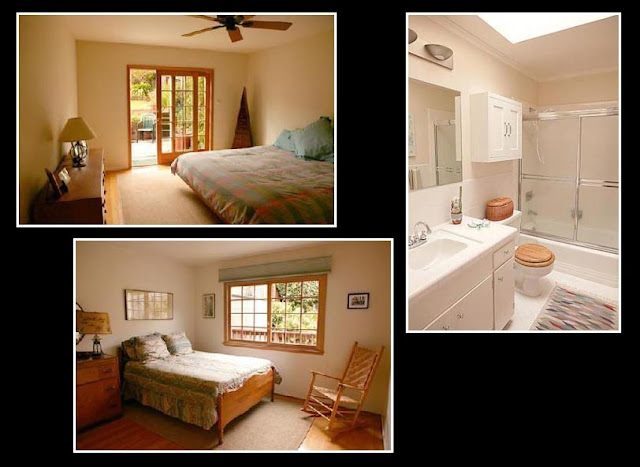 We had three bedrooms and two bathrooms. That was comfortable.
The house was built of wood, inside and out.


When we came to France in December 2002 to assess the possibility of buying a house here, we didn't know that we would soon be leaving California and relocating to France. We hadn't yet talked about selling our house. We were just exploring, or dreaming. We thought we might buy a small house in France as a holiday and retirement home, but continue living and working California for a few more years. 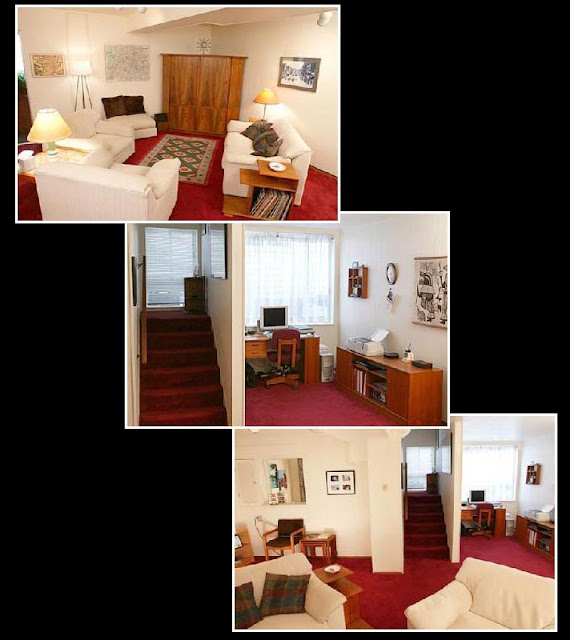 We also had two living rooms, effectively, and that was a luxury.
This was the "family room" where I had my office.


It was only when we got back from the trip, having found the house we live in now, that it all became clear. We called in some real estate agents to help us figure out if it was realistic to think about moving. It turned out that our house, emptied out and more or less "staged" by the realtors, sold so fast that our heads were spinning. And then the buyers gave us just 30 days to clear out. We did it. 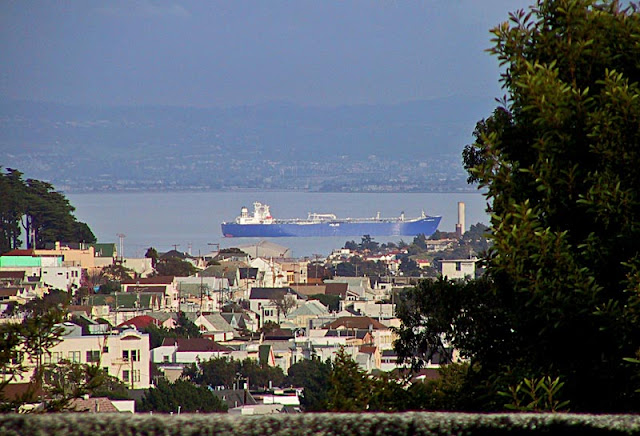 We had a sort of semi-obstructed view of San Francisco Bay from the living room windows.


Those people have now been living in "our" house for nearly ten years, and we've been living here. It's hard to believe ten years have gone by so fast. Sometimes I think I might wake up and realize this has all been a dream. I'll have to go down to the garage, back the VW out onto Congo Street, and drive for an hour or two (or even three) to an office in Silicon Valley. And do it over and over again, day after day, year after year...

Please don't wake me up.
Posted by Ken Broadhurst at 08:53