Tech talk for a Friday

Did I mention how glad I am that I bought my Google Nexus 7 tablet computer here in France? For one thing, I ended up putting off the U.S. trip that I had tentatively scheduled for February and will go over there in April instead. I'm enjoying the tablet computer now instead of waiting until later.


I do all my reading on the Nexus now. I find the 7-inch screen size to be perfect for that application. It's about the size of a standard paperback book page. And the tablet itself is light enough that I can hold it with one hand if I need to, or easily prop it up on my knee when I'm sitting, the way you might hold or prop up a book. 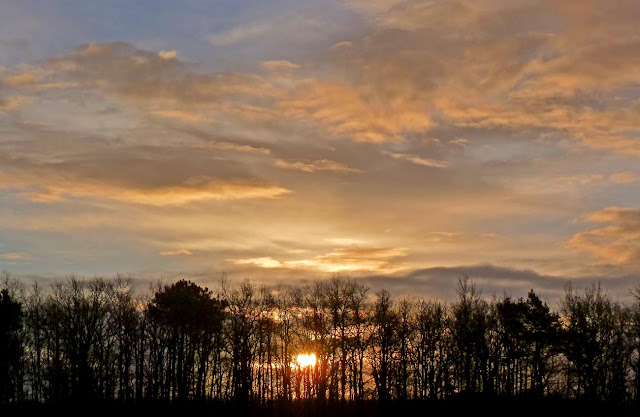 Another reason why I'm glad I bought the Nexus tablet in France is this one: one morning last week, I couldn't get it to start up. It had been working normally the night before. I pushed and held the buttons (power and volume) both separately and together. I held them in for a minute or longer at a time. I looked around on the internet to find some troubleshooting advice. Nothing was working.


So I picked up the phone and called the technical support line at Darty, where I bought the tablet. Within five minutes, the tech support agent had me up and running again. And it's been fine for a week now. It's good to be able to call somebody locally for help rather than having to call the U.S., especially given the time difference. 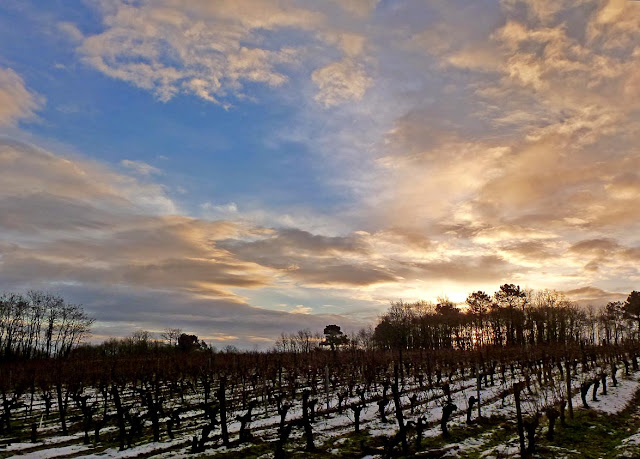 Did you know that your warranty is valid only in the country where you bought your computer, digital camera, or other device? A couple of years ago, I had trouble here in France with a Compaq laptop computer that I had bought in the U.S. The only way to have it repaired under the warranty was to send it back to HP (Hewlett-Packard owns Compaq) in the U.S. One big problem was that HP wouldn't send it back to France — I would have had to have it shipped to a U.S. address after the repair. I finally gave up and replaced it with a new laptop.


Walt is enjoying getting his new Dell desktop computer set up and configured, re-installing his applications and data. Since he bought the computer in France, it came with a French keyboard and a French version of Windows 8. The French-language Windows interface is not a problem, really, and Walt planned to stick with it rather than wipe Win8 off the hard disk and re-install his U.S. version of Windows 7. But the keyboard, with its unfamiliar layout... well, we happened to have an extra UK keyboard lying around, and he's using that. It's nearly identical to the U.S. keyboard. 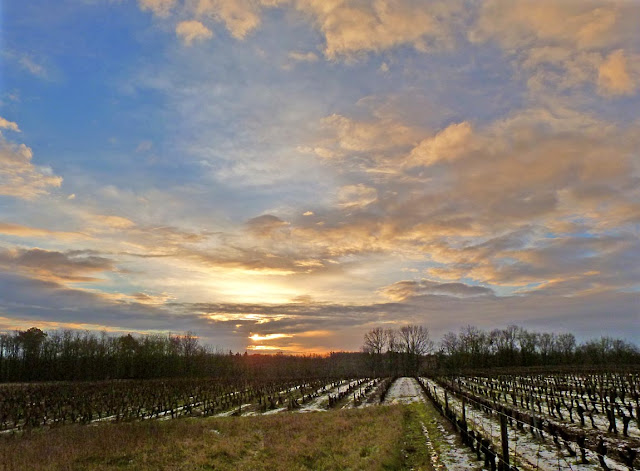 As for the French Windows interface, Walt discovered that he could download from Microsoft a language module for Windows that converts all the text in the interface into U.S. English! That is great progress in the software business, from my point of view. Until now, when you bought a software application in France, the interface was in French. For example, I use a French version of Photoshop, because I bought it here, and as far as I know there's no way to change it over to English. Tant pis.


The photos here are some sunrise shots I took earlier in the week, as last week's snow started melting. Would that every January morning were so beautiful.
Posted by Ken Broadhurst at 07:40