I'm not sure that I knew that Monday meant "the day of the moon." It's obviously the same thing in French: lundi, ou « le jour de la lune ». 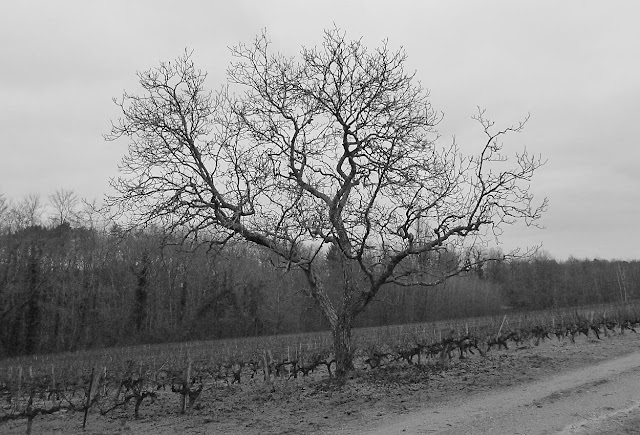 If there's a moon these days, we wouldn't know it. Skies are gray, gray, gray. The news readers say a lot of people are experiencing symptoms attributable to a vitamin D deficiency, including douleurs musculaires and fatigue. And here I was thinking it was just old age... 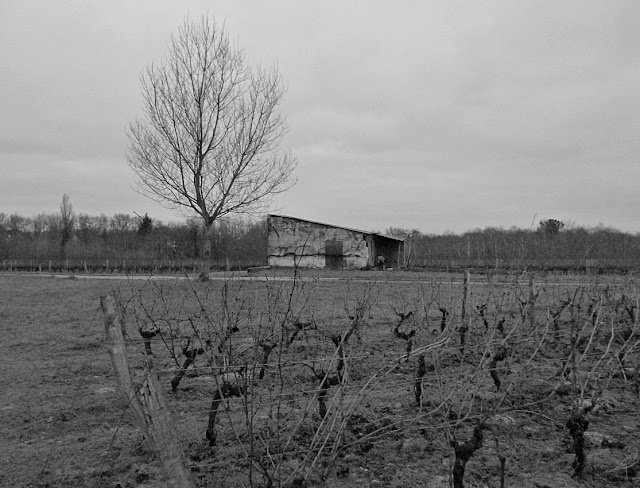 They also say we might get a few snowflakes today or tomorrow. Paris and areas north of there are supposed to get some actual snow. The temperature here in Saint-Aignan is below freezing this morning, for the first time in a long time. 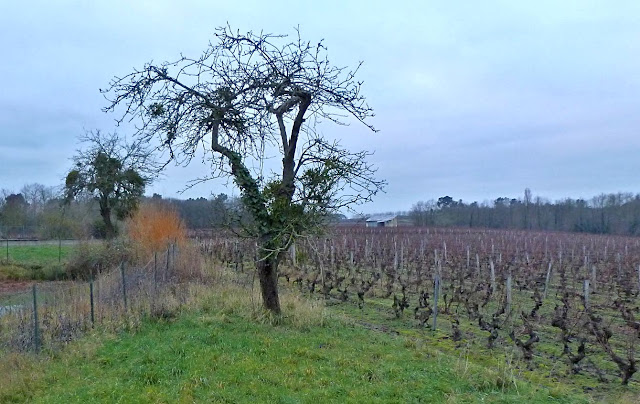 There was a big demonstration in Paris yesterday organized by people who are opponents of what is being called « le mariage pour tous », or "marriage equality." According to the news, it wasn't big enough to change the Hollande government's plan to introduce the bill in parliament this year. They have the votes to pass it. If there had been a million demonstrators in the streets yesterday, it could have been a turning point. It was half a million. That's what they are saying. 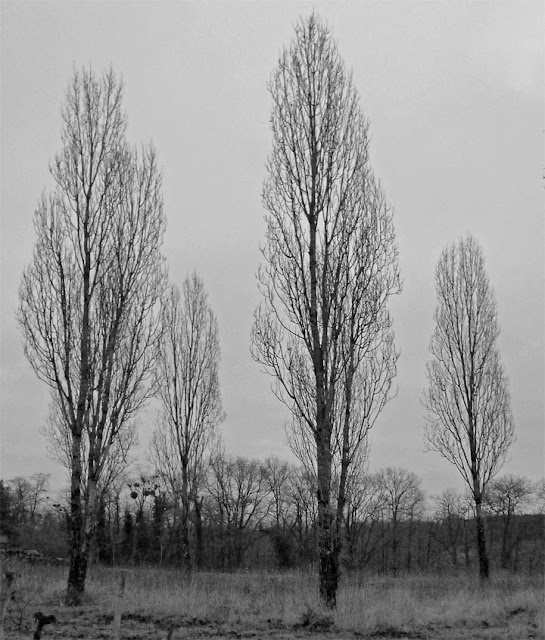 The pictures here show some trees around the vineyard.
Posted by Ken Broadhurst at 08:33