Skies around Saint-Aignan have stayed very gray for days and days now. The weather is about to change, but not necessarily in a good way. Today our low gray clouds are supposed to turn into... dreary rain, which is moving in from Brittany and the Atlantic Ocean.


Then it's supposed to turn cold. You really have to find ways to entertain yourself over the winter in this part of the world. Cooking, of course, is one of my preferred pastimes. Not to mention eating. And walking the dog. 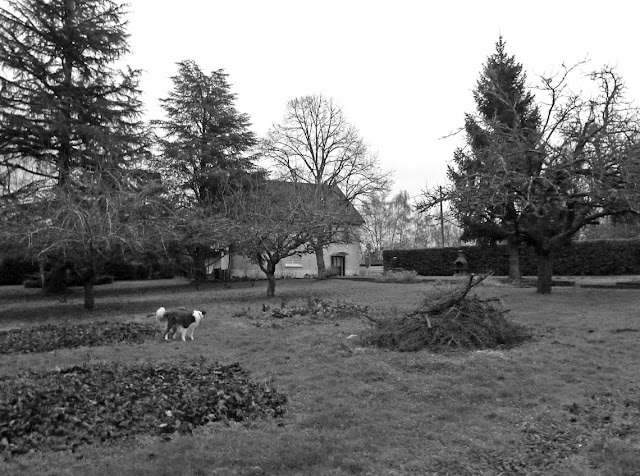 These are pictures I've taken recently around the neighorhood. Here's our back yard in winter.


Another activity that helps make the time pass is surfing the web. Learning something new. Reading blogs and newspaper articles on the computer. Writing a blog. Taking and processing photos.


So I bought myself a new computer yesterday. It's a tablet. I'm supposed to get it on Friday, delivered to the front door. I found the model I wanted at a reasonable price chez Darty, which is a chain of stores selling computers, home electronics, and appliances of all kinds. There's a bricks-and-mortar Darty store up in Blois. 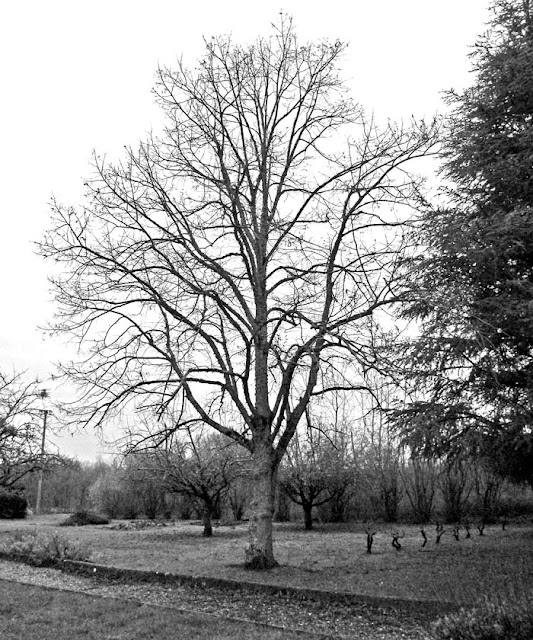 A linden (or "lime") tree in the back yard, with our grape vines and apple and hazelnut trees.


I decided to buy the computer here in France rather than in the U.S. on my upcoming trip. Computers cost more here. The sales tax is 20%, for example, while in the U.S. I can buy a computer tax-free. And then the dollar is low against the euro, so prices seem higher here. 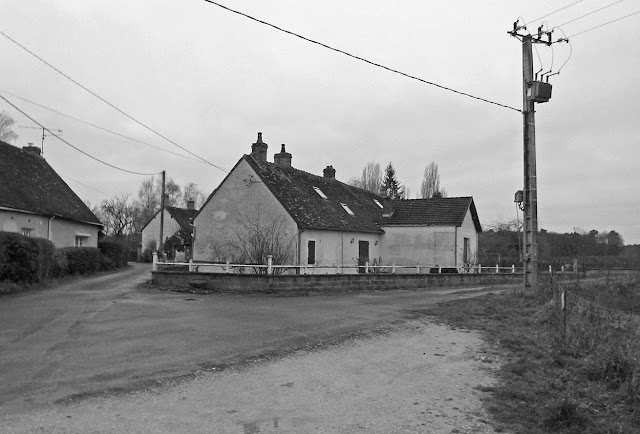 
At the same time, if I'm not satisfied with the new computer for any reason, I will be able to (try to) get it exchanged or replaced by the local merchant. Having to send something like a tablet computer back to the U.S. for repair, replacement, or exchange would be a nightmare. 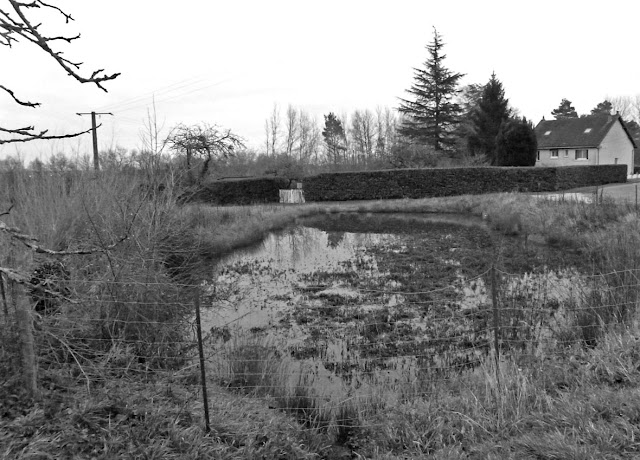 The weed-filled pond out back, and our hedge and house


Another factor in buying a computer is the keyboard. Did you know that every country has its own peculiar keyboard layout? There are French French, Belgian French, Swiss French, and Canadian French keyboards, for example, and they are all at least slightly different. Certain keys are in unexpected places when you are used to your own country's — the U.S., in my case — keyboard layout.

On the French French keyboard, for example, the A and Q keys are swapped (Q is a character that is much used in French, with words like que, qui, quoi, quel, quand, and on and on). The Z and W keys are swapped too. The comma is in the wrong place, and the period is a shifted character. All the numbers are shifted characters too. If you are used to typing by touch, without looking at the keyboard much, you are in trouble. 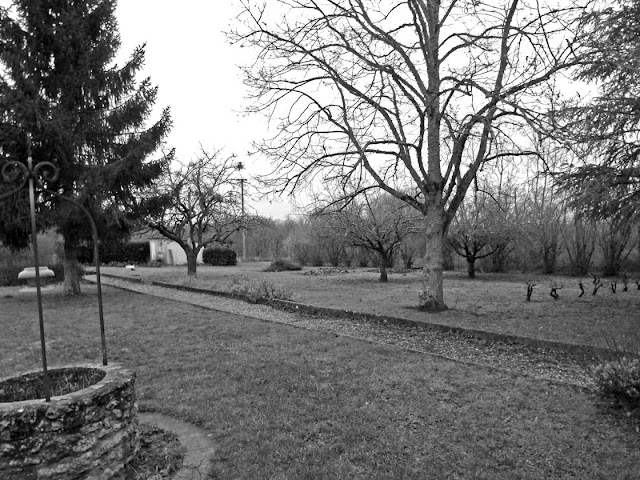 Another view of the back yard 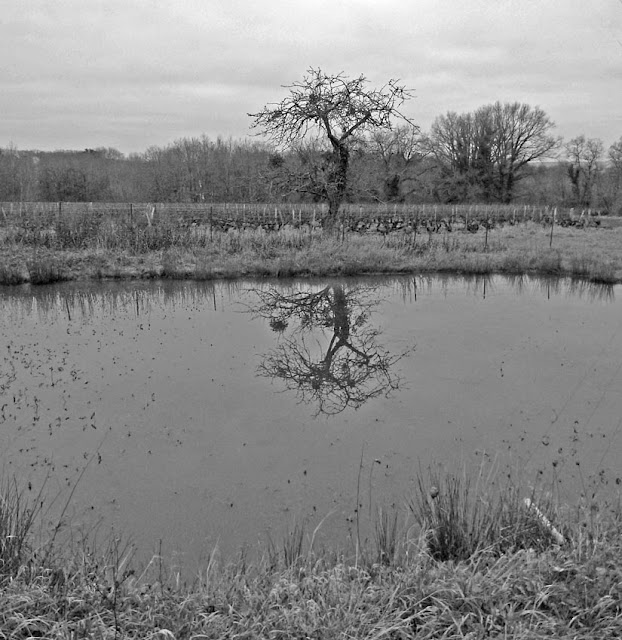 An apple tree reflected in the weedy waters of the pond


The nice thing about the tablet computer is that it doesn't have a physical, hardware keyboard. It has a virtual keyboard that pops up on the screen when you need it. You don't really type on it; you just "hunt and peck" — or hunt and tap, actually. That means I can buy the computer here in France without worrying about such details as keyboard layouts.
Posted by Ken Broadhurst at 07:30