I went to see Mme Barbier down in the village center (le bourg) yesterday to get my quarterly shearing — ma tonte trimestrielle. When I called her the day before to ask for a rendez-vous, if she wasn't too busy to take me on such short notice, she said no, things are very calmes right now. In fact, I was her only customer, and nobody so much as rang the telephone during the 45 minutes I spent in the chair. I hope her business isn't falling off. I got a good haircut, as usual.


After the haircut, I drove like a maniac in second and third gears up the hill out of the river valley and onto the heights where there's nothing but fields, vineyard plots, and a few farmhouses scattered around. I was on my way to have my car re-inspected, and I wanted to give the engine one more workout before I took it in. I wanted the engine to be good and hot, so I kept it revving at 3500 to 4000 RPMs all the way over there.

And it seemed to work. When I arrived at the DEKRA centre de contrôle technique, there were no other cars or customers in sight. I had all the paperwork with me, and I found a lonely technician in the facility's one heated room, the office, busy working on a computer. I noticed that he had a D-Link modem/router and also some kind of Netgear box by the computer printer, and all the devices were covered in a thick layer of brown, greasy-looking dust. There were cobwebs too. 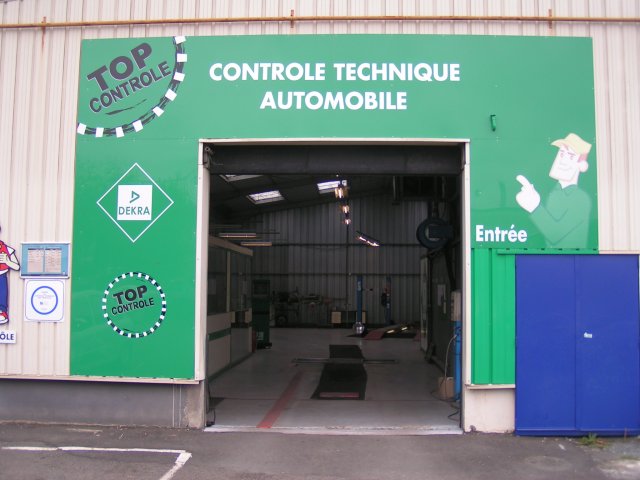 
I told the man that I had come in for a required contre-visite after a failed inspection in December, and that I'd be glad whether he could do the job immediately or whether he wanted to set up a rendez-vous for later in the week or month. He said he could perform the pollution test on the car immediately. Tant mieux. I told him my mechanic had said the contre-visite, or follow-up appointment, was already paid for. He didn't know anything about that, he said, but he called the mechanic and then didn't say anything else about a need for me to pay anything.


The technician, all smiles and good cheer (« Bonne année, monsieur, et meilleurs vœux. Bonne santé surtout... ») asked me for the vehicle's carte grise (the official registration document) and proceeded to enter a bunch of numbers and letters into a little tablet computer, which was also pretty grimy but seemed to be in good working order. Then he took my car key and went out to pull the Peugeot into the garage, where he hooked it up to a couple of machines. 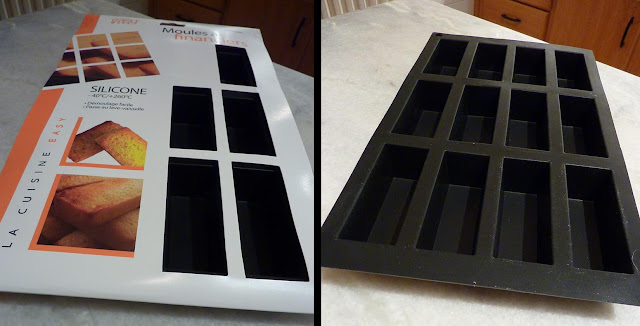 This is a silicone financiers mold. See below.


He put a sonde or probe of some kind into the oil filler tube where the dipstick goes. It was hooked up to a computer. Then he put some kind of apparatus on the floor of the garage, behind the car, and attach a hose to the exhaust pipe. He turned on the computer, got behind the wheel of the Peugeot, and then followed the on-screen instructions. ACCÉLÉREZ, the computer screen read. He did. He had the engine revving as fast as I had revved it a few minutes earlier, and for about as long.


LÂCHEZ, the computer screen said, and he took his foot off the champignon (the accelerator — do you remember cars with an accelerator that looked like a mushroom? I do.). The computer screen displayed some numbers and symbols that were too small for me to read from a distance. Then it flashed ACCÉLÉREZ in big letters again, and the man did. This went on for several minutes. ACCÉLÉREZ. LÂCHEZ. I noticed some white smoke coming out of the car's tailpipe, but not too much. Diesel engines do tend to produce a certain amount of smoke.


Finally it was over, and the car passed muster. Whew! I wondered what I was going to have to do if it failed again. I guess the additive the mechanic sold me to put into the fuel tank was efficace. I only ran about half of it through the engine, though, because we put it in the tank back in December and then filled the tank with diesel fuel, as per the mode d'emploi on the container. The fuel gauge was still on about one-half full yesterday morning. Whatever, because it worked.


Afterward, I went over to the Facile housewares and hardware store just around the corner to look around. I was looking for the special dishes that you cook escargots in, like the ones above, but I couldn't find any. Maybe they had them in stock before the holidays and sold out. But I did find a silicone moule à financiers (a special pan for cooking the little loaf-shaped almond cakes called financiers — gold bars). Now I'll have to make some of those. Today and maybe tomorrow, though, we'll still be "working on" (that means "enjoying" in U.S. restaurant parlance) that American-style apple pie that Walt made day before yesterday. 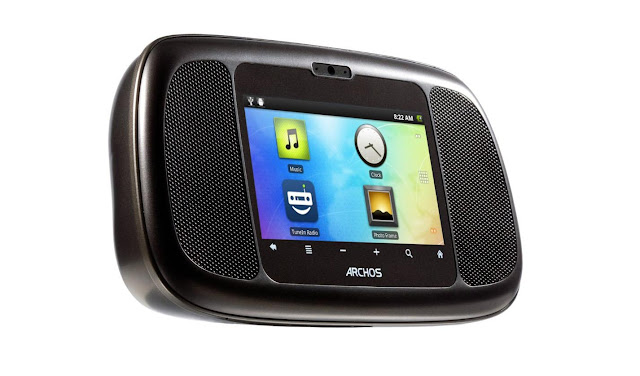 
On another subject: I'm optimistic that my new tablet computer might be delivered today. The Darty web site says it was shipped day before yesterday, and mail usually doesn't take more than two days to get from one place to another in France. I'm pretty excited about the tablet. For a few weeks now, I've been doing most of my reading and a lot of my web surfing on the little 3½-inch screen of the Archos 35 Home Connect tablet/radio that I bought last September. The new tablet's screen will be twice as big. I'll go back to using the Archos as a radio, which was the original plan.
Posted by Ken Broadhurst at 08:00