Pain de campagne in a bag

We decided to try something new. I was at the supermarket looking for rye flour (farine de seigle) but I couldn't find any. I read on a French web site that farine de seigle is not easy to find unless you go to a health food or organic grocery store. There's one in Montrichard, but I haven't driven over there yet. The Montrichard organic grocery always seems to be closed for one reason or another when I get there. 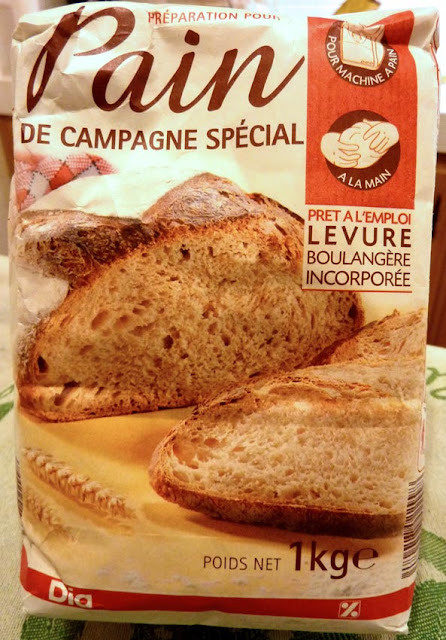 Anyway, there at Dia, on the shelves with the flour, were bags of pre-mixed bread preparations, mostly for use with une MAP (une machine à pain, or bread machine). They contain levure (yeast) and/or levain de seigle (leavening or rye-flour sourdough), salt, and different flours, depending on whether you want to make pain blanc (white bread for a regular baguette), pain complet (whole-wheat bread), or pain de campagne (country-style bread, which is mostly white flour but with 10% to 20% rye flour mixed in). That's what I bought. 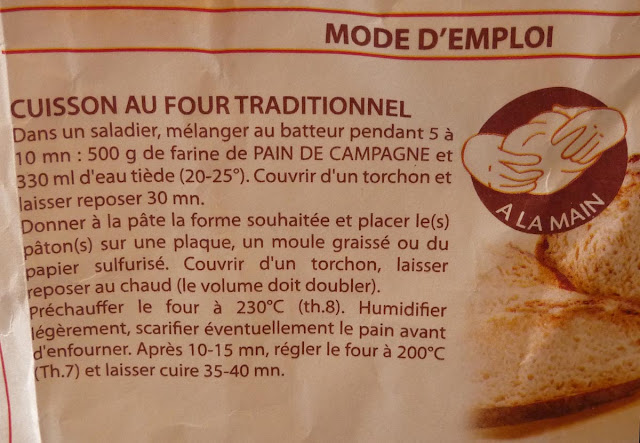 I figured for a kilogram bag at one euro, I couldn't really go wrong. That much mixture will make two loaves, baguettes, or boules. Sure, the ingredient list included an emulsifier and a couple of other doubtful chemicals, but mostly it was just flour and yeast. We'd see what the result would be. We wanted to make sandwiches, and I thought the MAP mix would give us better bread than the ready-made loaves of pain de mie (American-style sandwich bread) available at the supermarket. 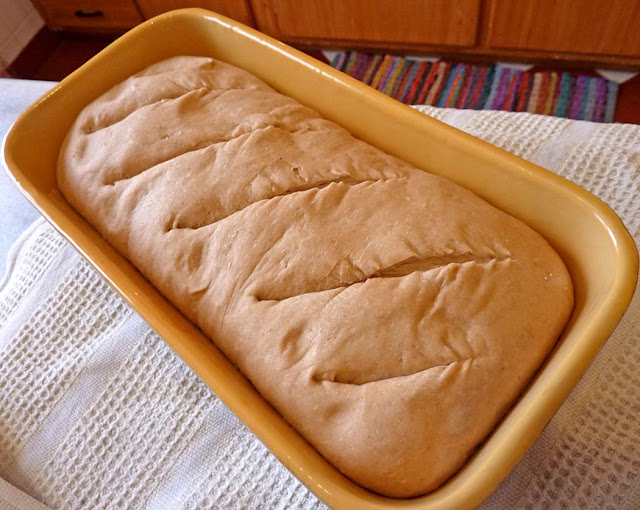 The result was really good, actually. I mixed the MAP preparation with water in the stand mixer and let the machine knead it for 10 minutes. I added in a tablespoon of olive oil (which wasn't an ingredient on the list on the package) because I thought it might make the bread less dry. Then Walt kneaded the dough by hand for a few minutes before putting it in a bowl in a warm place for a short first rising. 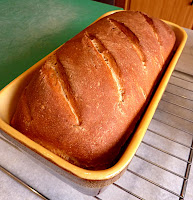 Thirty minutes later, Walt punched the dough down and shaped it into a loaf that we could cook in a loaf pan. It sat again for an hour or so until it had risen enough to nearly double in volume, covered by a kitchen towel. Finally, it went into a 230º oven for 10 minutes. To humidify the oven — make some steam — I poured a cup of hot water into the oven pan under the rack that the loaf pan sat on.

After 10 minutes, I turned the heat down to 200ºC and poured in another cup of water, since the first cupful had evaporated. Thirty minutes later, the bread was done. We had to let it cool for half an hour before we could slice it. The sandwiches were pretty good. 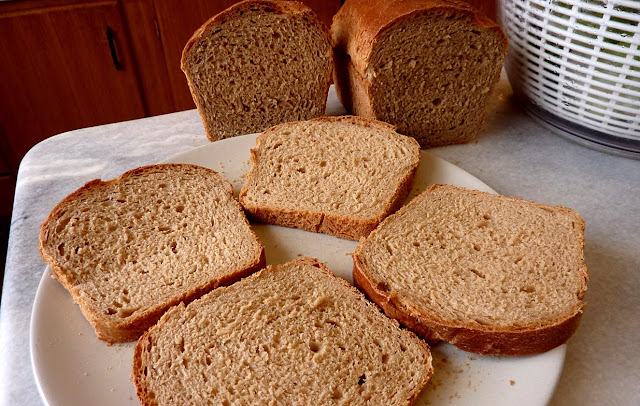 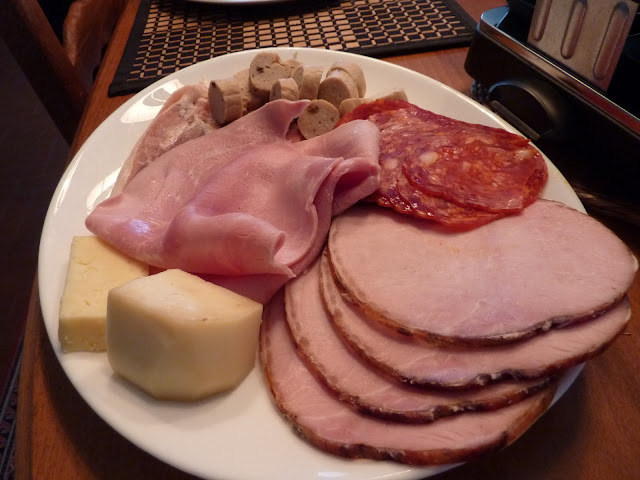 This kind of bread preparation is a good thing to have on hand in case the weather doesn't allow for driving to the bakery or the supermarket to buy bread one day. Or if snow and ice keep the bread lady from coming up the hill to our house, for example, and we don't have any bread stashed away in the freezer. I think I'll try some of the preparations for other kinds of bread — maybe whole wheat (pain complet) or pain aux céréales (whole-grain bread).
Posted by Ken Broadhurst at 08:15