I haven't posted about food and cooking in a while. Actually, the pictures in this post date back to April 22-24. I had made rillettes de lapin a few days before, and some of the meat was still in the freezer. Since rillettes are nice shredded meat, well seasoned, I thought I could make the rabbit equivalent of a shepherd's pie — called un hachis parmentier in French — with some of them. 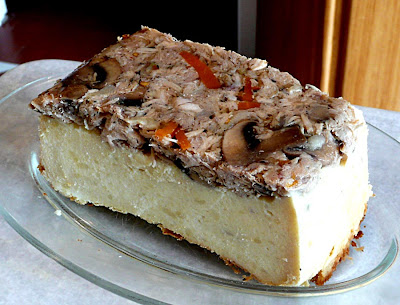 Hachis parmentier with rabbit and vegetables
Here's what you do — this is not so much a recipe as an idea or method. To start, sautee some vegetables — sliced onions, julienned carrots, and sliced fresh mushrooms — with pepper, dried thyme, and bay leaves as seasonings. 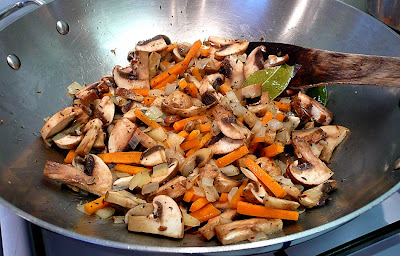 Cook vegetables...
When the vegetables have begun to cook, add in the shredded rabbit and let it cook for a few more minutes. The rabbit is already cooked, and the vegetables will finish cooking in the oven with mashed potatoes, so the mixture doesn't need to cook for long on top of the stove. 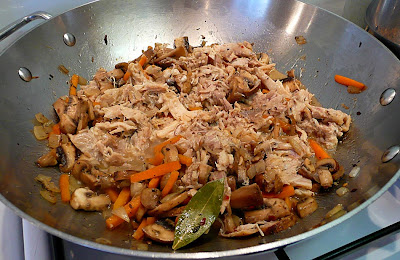 ...and then add the cooked, shredded rabbit meat
Boil some potatoes and mash them with butter and cream or milk. Make a stiff mash that will hold its shape, and season it with pepper, a little salt (depending on the saltiness of the rabbit and vegetable mixture), and a pinch of grated nutmeg. 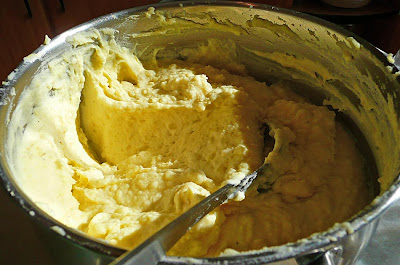 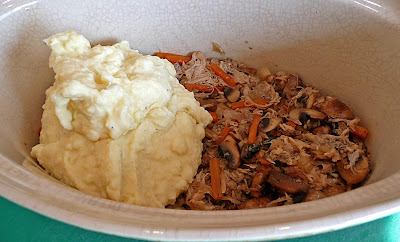 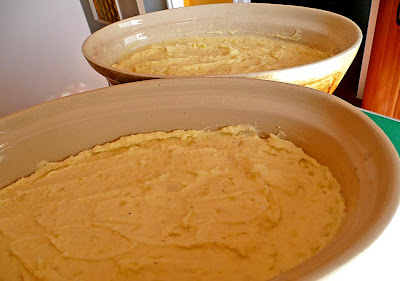 A layer of the rabbit and vegetable mixture,
and on top a layer of mashed potato
If all the ingredients are still hot, put the terrine or terrines in a hot oven and cook them until the potato is nice and browned. If the potatoes and hash have cooled down, put them in a medium oven so that everything will have time to heat through again before the top gets too brown. 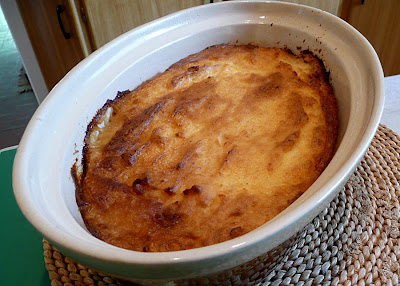 A variation on shepherd's pie
At this point, you can spoon the pie onto plates and eat it hot. Don't burn your mouth! 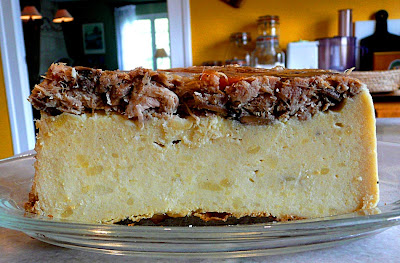 And of course you can make the same kind of pie using shredded cooked beef, pork, turkey, duck, or chicken. Corned beef would be good. Or smoked chicken.
Posted by ckb at 08:00