There are so many picturesque towns and villages and landscapes in France that the picturesque is almost ordinary. We struggle not to get too jaded.

Earlier, I said that Tournemire, near Salers in the Cantal, was picturesque so I thought I ought to post a few pictures I took as we walked through the village. The main street runs east to west toward the château, on the side of a ridge overlooking a very green valley. 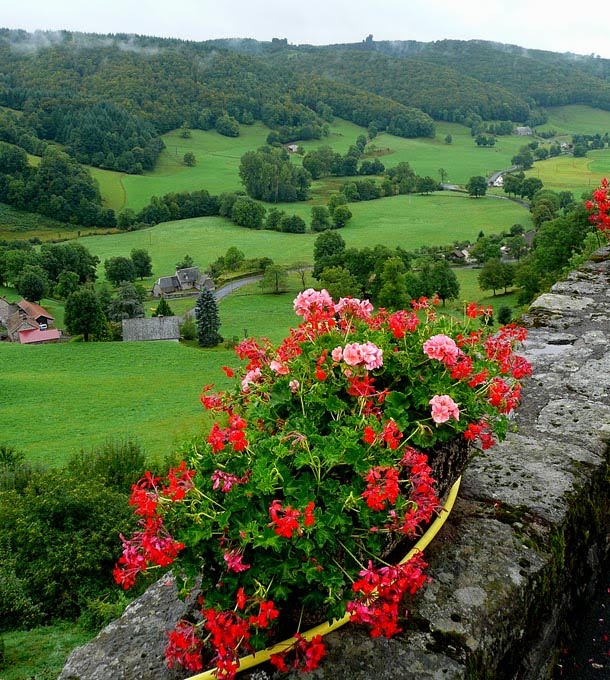 Views from the main street in Tournemire

Meanwhile, I've been re-reading The Food of France, a 1958 book by Waverly Root. Root was the food columnist at the International Herald Tribune for many years. I recommend his book as a source of information about regional cooking in France — and as an overview of French geography and history, for that matter. Right now, I'm reading Root's chapter on the food of the Auvergne region. 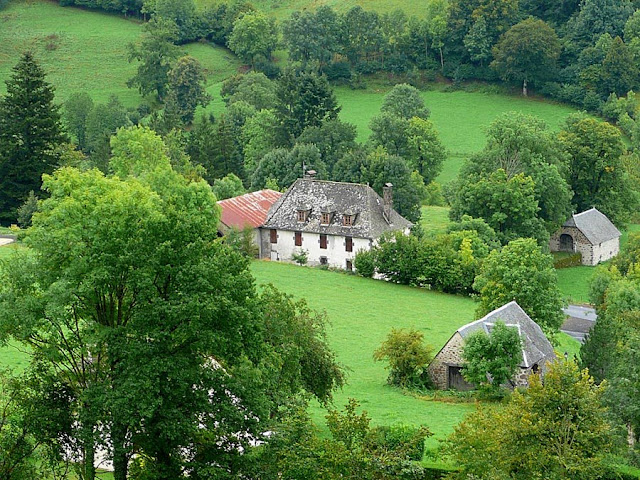 Here is what he says about la truffade, which he calls by its name in the Auvergne dialect, truffado:

Truffado is the most typical potato dish of the Auvergne, but there are differences of opinion about how to prepare it. In the Aurillac region, the potatoes are mashed and mixed with fresh cheese. In some other regions potatoes fried with lard and perhaps seasoned with garlic have little cubes of fresh cheese added to them at the last moment. 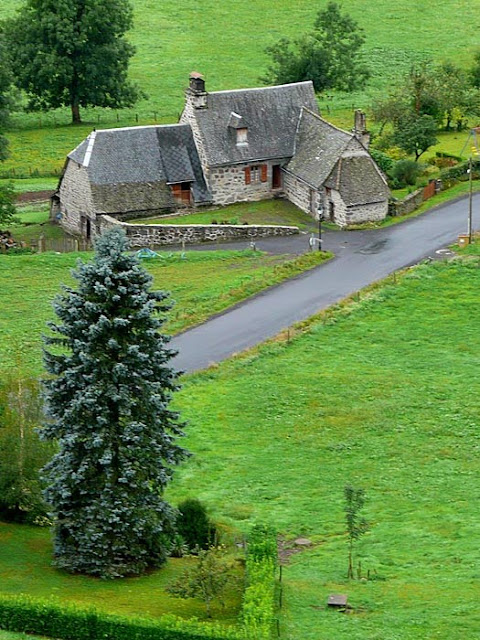 At Tournemire, overlooking a farmhouse
down in the valley

Aurillac is the main town in the Cantal département, and it's half an hour south of Salers by car. Root continues, mentioning Mont Dore, which is a ways north of Salers:


There are other variations, both within the Auvergne and in surrounding provinces, where the basic potato-fresh-cheese combination may turn up under the name of aligot, alicot, or aligout, depending on regional dialect. At Mont Dore, grated cheese is beaten into liquid mashed potatoes, more grated cheese is sprinkled over the top, and the whole is then covered with melted butter and browned in the oven. The church tower in Tournemire

I bet you think I might as well change the name of my blog to Living the Life in the Auvergne, no? 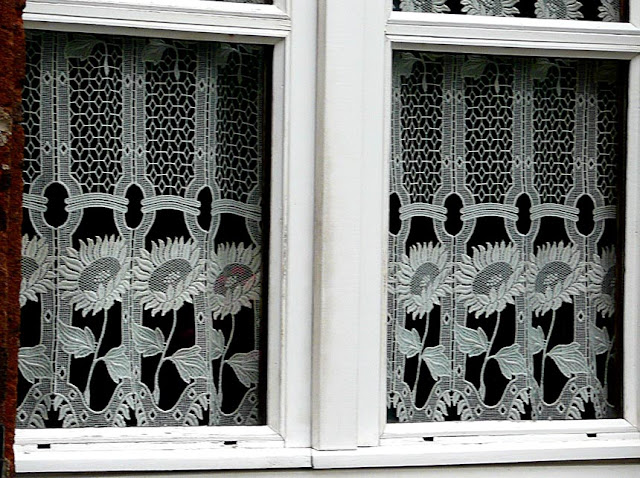 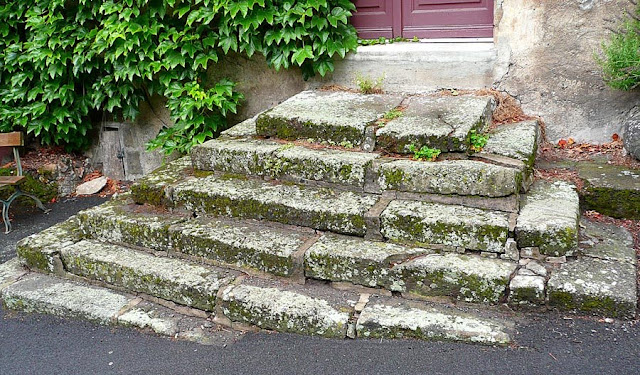 
Along with The Food of France, I'm also reading a book about the whole Auvergne region. It's called Auvergne & the Massif Central, written by Rex Grizell and first published in 1989. It's fairly entertaining and very informative.
Posted by Ken Broadhurst at 07:52