The wallpaper from enfer

We have several home improvement projects planned for the coming year — a new window for the north wall of the living room, possibly new glass block windows over the stairs, and so on. We'll hire those done. But our biggest project is one we want to do ourselves. That's taking down the wallpaper from hell that we have been living with for nearly six years now.


I really wonder how they managed to put wallpaper
on the ceiling — not to mention why they did it.

It won't be easy, and that's why we still haven't done anything about it. The whole atrium-type space over the staircase is papered with it — including the ceiling. That extends to the hallway upstairs that leads to the master bedroom, W.C., bathroom, and the landing off which there are doorways into the living room and kitchen. 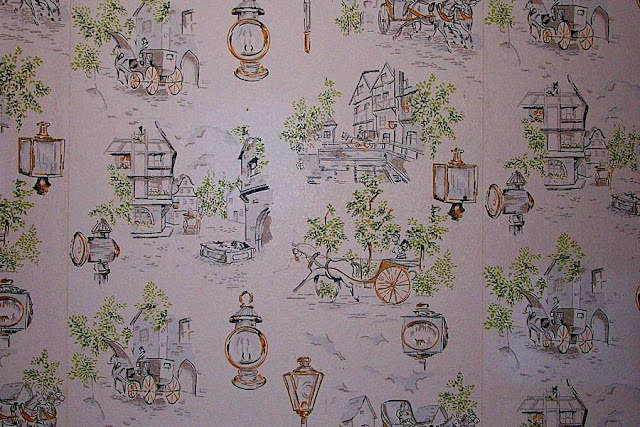 Here's a close up of the wallpaper from hell.

It's going to be a very big mess. Taking down wallpaper isn't that hard, actually. You buy a special solvent at the hardware store, mix it with some warm water, and sponge or brush it onto the paper. It melts the glue between the paper and the wall, and the paper almost falls off. 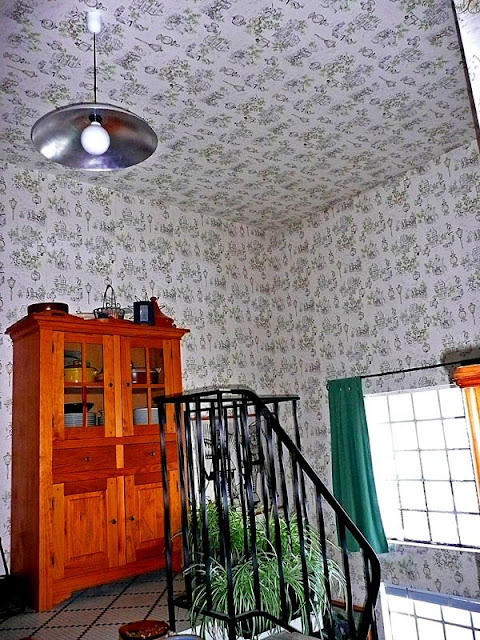 On the ceiling! Go figure...

The really messy part is preparing the walls for a new treatment, especially for paint. You have to sand the plaster to make it smooth, and that produces clouds of fine white dust that goes everywhere. In your hair, up your nose — into your food, if you aren't very careful.

We'll have to empty the pine china cabinet and an old buffet full of wine and liqueur glasses, and then move the furniture to other parts of the house. We'll have to move my desk and computer, along with the day bed, armchair, and television I have in the entryway. I'm discouraged already.


Here's what the entryway looked like
when we moved in 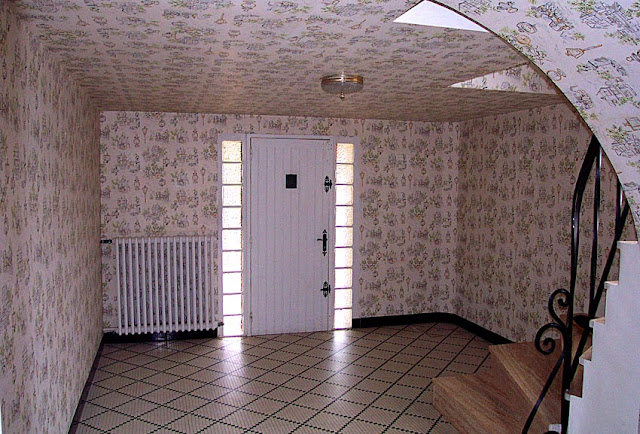 The hardest part of the work, however, will be getting the wallpaper off the highest part of the ceiling, over the stairs. It's probably close to twenty feet high. We'll have to build or rent some kind of scaffolding. A ladder won't work, because below that tall ceiling is the staircase. Trying to balance a ladder on it would be too dangerous.


After we removed the wallpaper 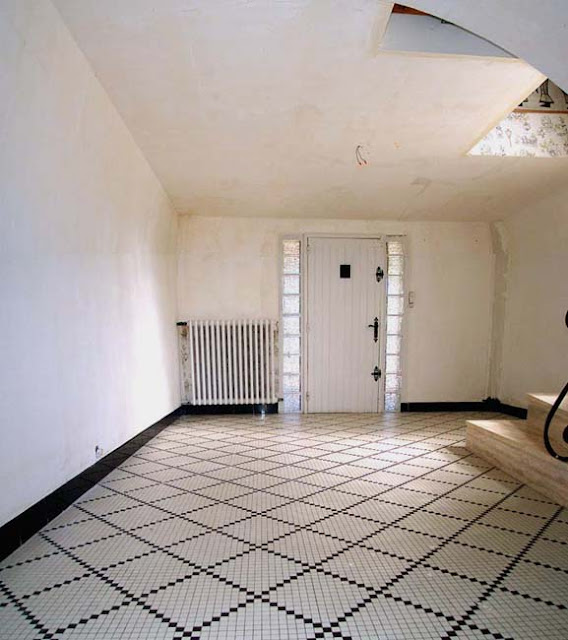 I suppose we could hire it done, but that costs money. And then we wouldn't have the satisfaction of having done it ourselves — that sense of accomplishment that makes you feel a little less lazy and worthless.

I started this blog in October 2005, right after we had finished sanding and painting nearly all the rooms in the house — while we lived in them. We did the master bedroom in 2003 because the wallpaper in there was in such bad shape. We did the guest bedroom in 2004 — it had ugly wallpaper too. 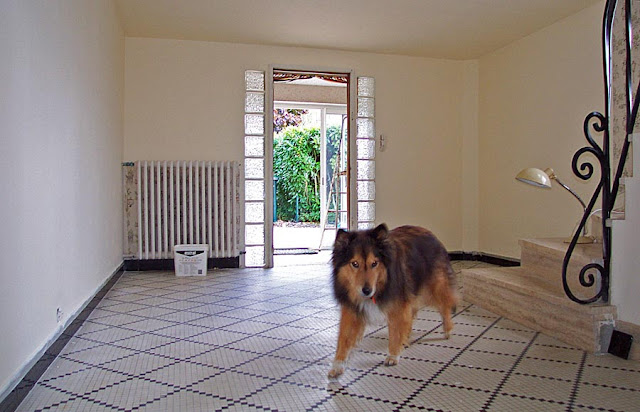 And then we did the living room, a two-month project, in the spring of 2005. We spent many, many days wearing masks and sanding off a textured surface that had been applied to the walls. Some of it was peeling off, but in other sections it was very tenacious. We put four coats of white paint on the 450-square-foot ceiling, in addition to painting the walls.

And then for good measure — we were on a roll — we sanded and painted the walls in the W.C. and the main bathroom. What a year!


And here's where I have my desk and
computer, right by the front door. 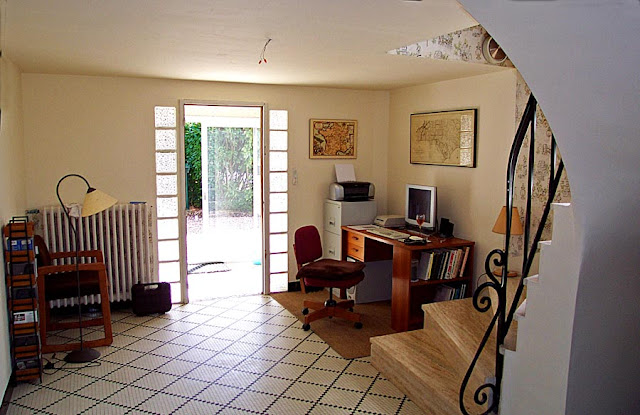 Oh, and we did the downstairs entryway too, where I have my computer and spend a lot of time. Here are some before and after pictures. It had the same wallpaper from hell on the walls — that's how I know it won't be hard to get unstuck. That was in August 2005. And then we started blogging in October.
Posted by Ken Broadhurst at 07:52