As you might know, when we were on the Ile d'Oléron in May, the commercial fishermen were on strike against high diesel fuel prices and the boats were not going out to fish. So there were no or very few fish available for purchase. Even the restaurants ran out. 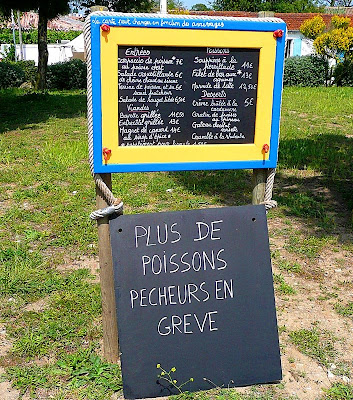 OUT OF FISH
FISHERMEN ON STRIKE
While it is an important fishing center, the Ile d'Oléron is especially known for its oyster beds and ponds. The oysters are farmed; they are gathered in the offshore waters, separated into what in North Carolina we call "singles," and then placed in salt ponds to fatten up. After that, they are taken to market. 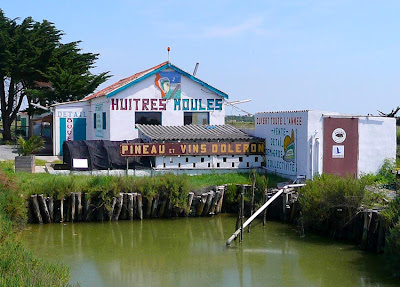 Here you can buy oysters, mussels,
and wines made on the Ile d'Oleron.
One of the prime oyster-raising areas is on the north shore of the island, north of Saint-Pierre d'Oléron and between Boyardville and Le Château d'Oléron. It's an area of canals, ponds, and little wooden oyster shacks. In the ponds lives a particular variety of green algae that the oysters feed on (I think) and that gives their flesh a pretty green color. 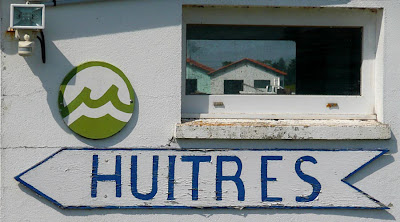 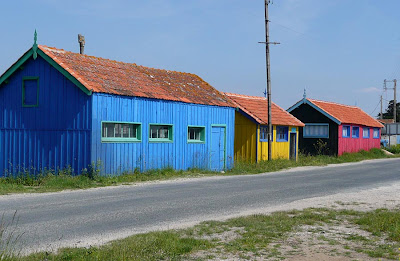 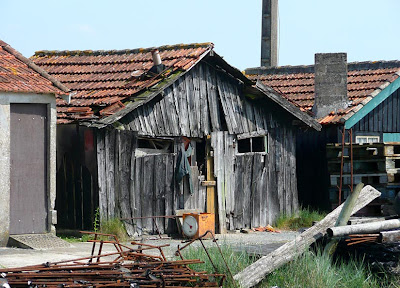 Oyster shacks
All this reminds me very much of the North Carolina (and Virgnia and Maryland) coast, at least the way it was 25 to 50 years ago. It's changed now.
Posted by Ken Broadhurst at 04:47